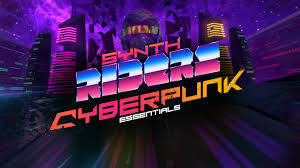 We enjoyed and reviewed Synth Riders when it first released in the fall of 2019. When the game was released, multiplayer was not an option but ever since it’s been available, you can dance off against your friends with free and paid for songs from their two essential DLC bundles. If you’re a fan of swing music you’ll want to read our review of the Electro Swing Essentials DLC pack here.

As part of this update, everyone will receive five dubstep songs for free. The free songs include:
“Voidwalkers” by Au5 & Chime
“I’ll Fight Back” by Sullivan King
“Showdown” by F.O.O.L.
“Calling Out” by MUZZ (feat. KG & Skyelle)
“Revenger” by F.O.O.L. 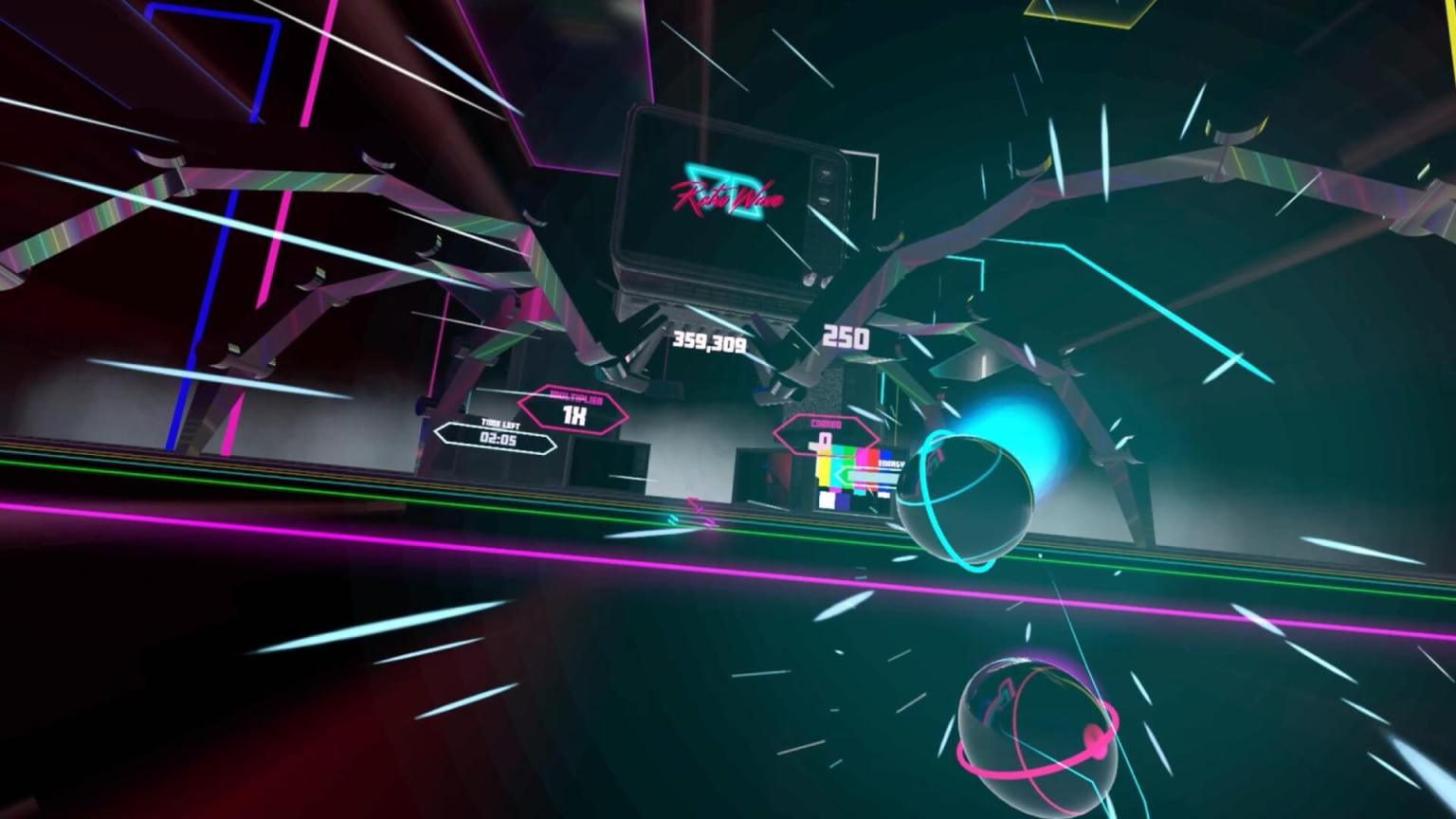 Strong Points: Free songs for everyone to enjoy; cross-platform multiplayer with song sharing
Weak Points: Streaming yourself playing these songs may get your YouTube video blocked for copyright infringement
Moral Warnings: None!

The remaining songs can be bought for $1.99 apiece. A new Distopia stage is also available to purchase for $0.99. You can save 18% by purchasing the entire bundle for $8.96. If you want to listen to any or all of the tracks, the developers have published a Spotify page to check them out. Owners of the paid DLC songs can host a multiplayer room and attendees can play the songs without owning them. It’s great to see cross-platform multiplayer and song sharing.

Playing through all of the songs will take an hour, but there’s plenty of replayability between improving upon your score and trying harder difficulty levels. Many of the dubstep tracks sound similar, but there are a few that are unique. 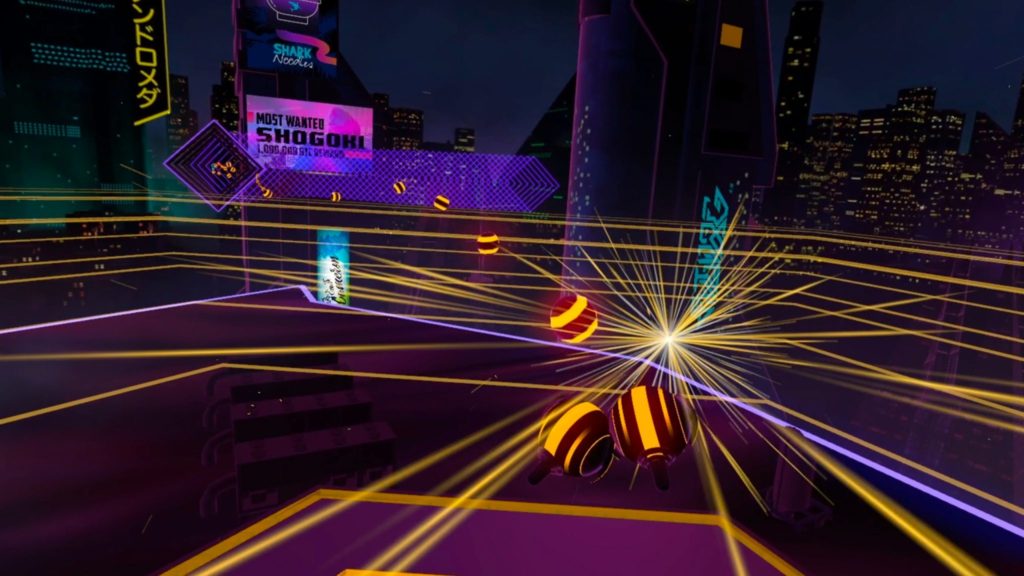 Many of the songs are instrumental so there’s not a lot to worry about from a moral perspective. I didn’t notice anything wrong with the few songs that did have singing.

Anyone that enjoys electronic music or dubstep will want to check out the free tracks at the very least. My favorite free song is “I’ll Fight Back”. If you enjoy the free dubstep songs, doubling your collection for less than $9 is quite reasonable. I look forward to more expansion packs featuring different music genres.