Atari's greatest success was kicking off the video game console industry via the Atari 2600.  They were also a huge player in the early video game arcade scene, making classics like Asteroids, Missile Command, and many more.  Atari Mania takes obvious inspiration from Nintendo's WarioWare (review here, though this rather old review is not up to current standards), a compilation of what it calls microgames, and rather than being outright weird or Nintendo themed, Atari Mania instead puts a classic Atari 2600 spin on it all.

You take the role of the Caretaker, the man who runs the Atari Vault.  Once you show up for work, it doesn't take long before you realize something is wrong - a character from one of the games you take care of has been corrupted by a bad pixel, and becomes dark and starts to threaten everyone.  In order to rescue your corrupted friend, you need to defeat them in a series of microgames, typically themed on several classic Atari titles.  Once you save your friend, you can choose to go back and play those games again, or keep progressing with the story to figure out what is holding you and your other game-based friends hostage.

Like the aforementioned WarioWare, each microgame lasts a short amount of time - rarely longer than thirty seconds, most far shorter.  Some are very quick with a simple task, while others require you to complete a longer or more complex one.  Just like in those classic games, more than half of the fun and challenge is simply figuring out what is expected of you, much less how to win.  Some are fairly simple, like shooting your enemy or having a guy land on a target.  Others are more complex, with you collecting something, completing a puzzle, or another more involved task.

Strong Points: One hundred and fifty microgames based on classic Atari 2600 games; plenty of collectibles for long-time fans
Weak Points: Can be quite frustrating; controls for each microgame can vary greatly, even if you want to accomplish the same thing
Moral Warnings: Fantasy violence, including missiles and gunshots; some enemies are wizards or undead like zombies; one room has a pentacle surrounded by candles in a rather occult-like orientation

Scattered throughout the Vault are various collectibles, like hidden game boxes or manuals.  There are also quite a few puzzles, most required to progress, though some are for optional content, instead.  You can replay completed collections of microgames again once you've beaten an area by activating an arcade, and you can also challenge mice if you grab some cheese.  The cheese levels usually offer you a game manual as a reward, and winning once again at the arcade increases your completion percentage a bit.  There is a fair bit to do once you complete the main story if you wish, unless you aggressively get every extra as soon as it becomes available.  Unfortunately, there is no score to keep track of and no unlimited mode that I've found (unless it's hidden), so that seems like a missed opportunity there.

One of the more controversial decisions among players is that controls can sometimes vary wildly even if you want to accomplish the same thing.  For example, you may need to fly a spaceship 'over there' to avoid something bad.  In one level, you may need to just point there, and there it goes, with analog controls.  In another, you may need to go 'over there' with ninety-degree precision.  And with another, you may need to turn with left/right, and go forward by pressing up.  And so on.  The controls are a rather divisive aspect to the game; I found you do get used to them after a while, and it is indeed consistent with how Atari 2600 games were; controls were not consistent there either, and half of the fun/frustration was figuring out how games worked in those days.  So I'm split; half of me agrees it's frustrating, while the other half says 'well yeah, have you played 2600 games lately?'

The game goes for a modern-retro art style, with a CRT mode and fish-eye effect that makes it seem a bit more authentic to older-style TVs.  This is optional; if you want perfectly square pixels you can turn that off.  It looks fine for what it wants to achieve, though nothing spectacular.  Of course it looks much better than its inspiration, but not nearly as nice as the Recharged remakes.  The music is a decent chiptune sound that definitely gets stuck in your head. 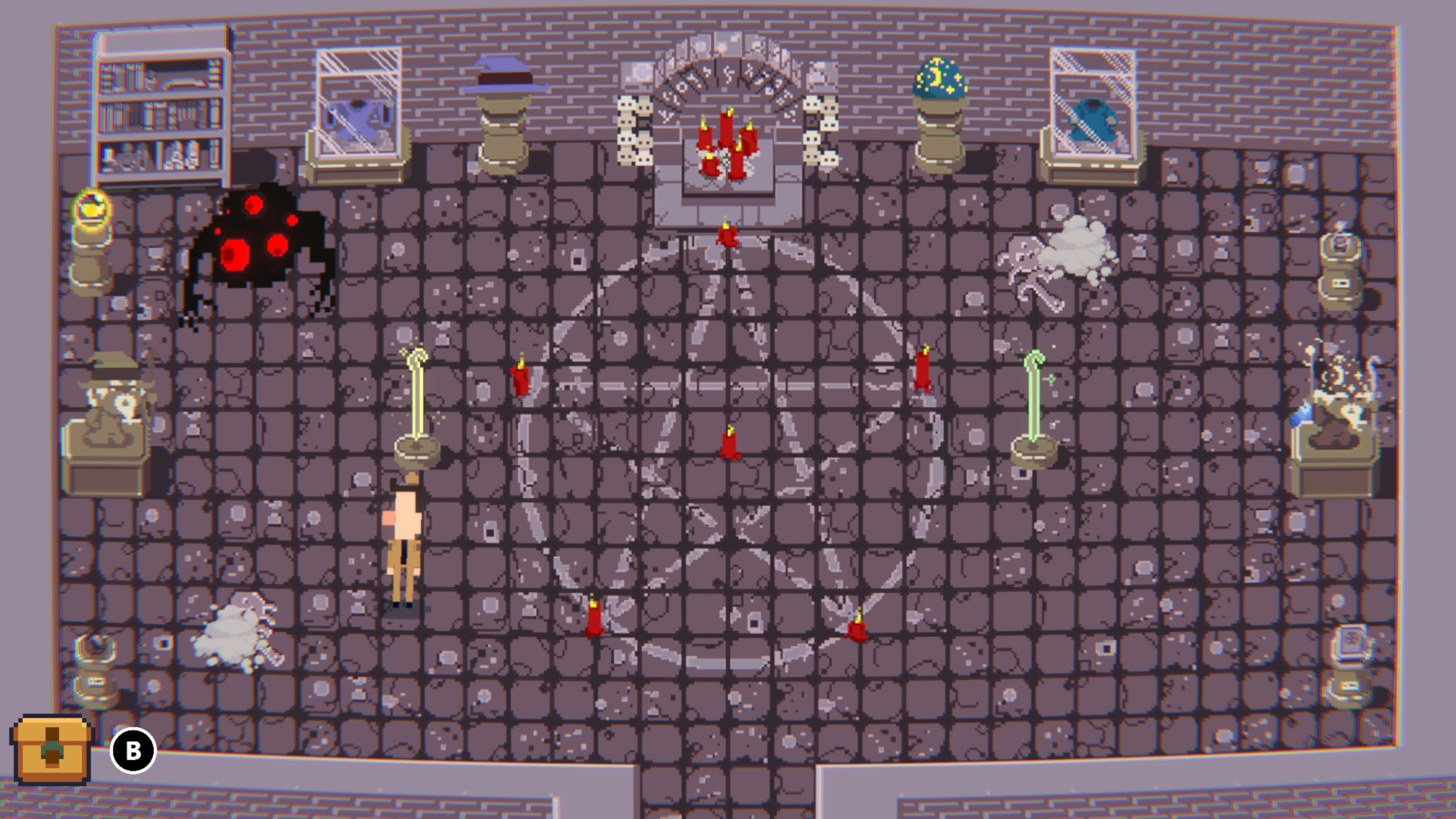 Technically, it plays well enough; the main menu is oddly slow to respond to pressing the button to start playing, but otherwise plays perfectly fine.  It also doesn't have a resolution selection option; you get what you get.  While unsupported, it works great on Steam Deck, despite not being supported.  What's strange is that it works perfectly on Deck, but the intro videos don't work on my gaming laptop in Linux.  I'm not sure why that is, but it didn't seem to impact gameplay otherwise.  Linux working is a bonus and not supported, so this does not impact the stability score.  It is a bit odd though that I had to manually choose Proton over a native Linux build, as it said the executable was missing in Linux.  This implies the developer left a Linux build in the Steam manifest, but didn't upload it.  Not a huge problem with how well Proton works, but notable nonetheless as it requires manual steps to get going for Linux or Deck users.  For those not aware, Atari's VCS console is based on Linux, so a native Linux build is often included with their recent Steam releases.  So its absence is actually quite unusual compared to their other recent games.

Morally, most of the microgames are fairly clean with simple violence like someone shooting a low-resolution bullet, throwing a knife, or similar.  There is no blood.  Some levels feature wizards, ghosts, zombies, skeletons, and other similar undead.

One rather significant moral warning for Christians is that there is a room in the game with a large and unmissable pentacle surrounded by candles and skulls in a room that looks not unlike an occult ritual circle.  It's honestly really surprising that this is here; it means we must drop the occult score dramatically because of its presence, and I know many Christians don't like to see occult symbolism of this level in their games.

Atari Mania is a fun if flawed microgame experience, and I believe that the addition of scores and a few other small tweaks could make it much better.  It's unfortunate that they chose to put a pentacle in it, and it sours an otherwise mostly clean game.  If you are looking for an homage to Atari's classics in microgame form, it's enjoyable despite being frustrating at times.  Occult circle aside, it's a decent set of microgames otherwise that gets more fun the more you play it.