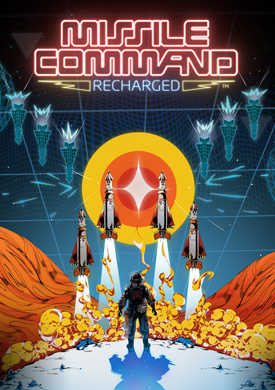 Thank you Atari for providing us with a review code!

Missile Command was originally released for arcades in 1980. I played the Atari 2600 version which came out in 1981. The Atari 5200 edition supported the paddle controls which seem to be a better fit than a joystick. Unfortunately, I never got to try the 5200 version with the paddle controllers. The Vita emulated version in the Atari Flashbacks collection is inferior to the 2600 due to poor control emulation. With that said, the touch screen controls in this remake are a match made in heaven!

The 40th anniversary remake has some notable changes. There are multiple missile launchers and plenty of ammunition to go around. The enemy attacks are nonstop and keep coming until all of your structures are gone. Power-ups and the ability to upgrade your arsenal are added along with online leaderboards. 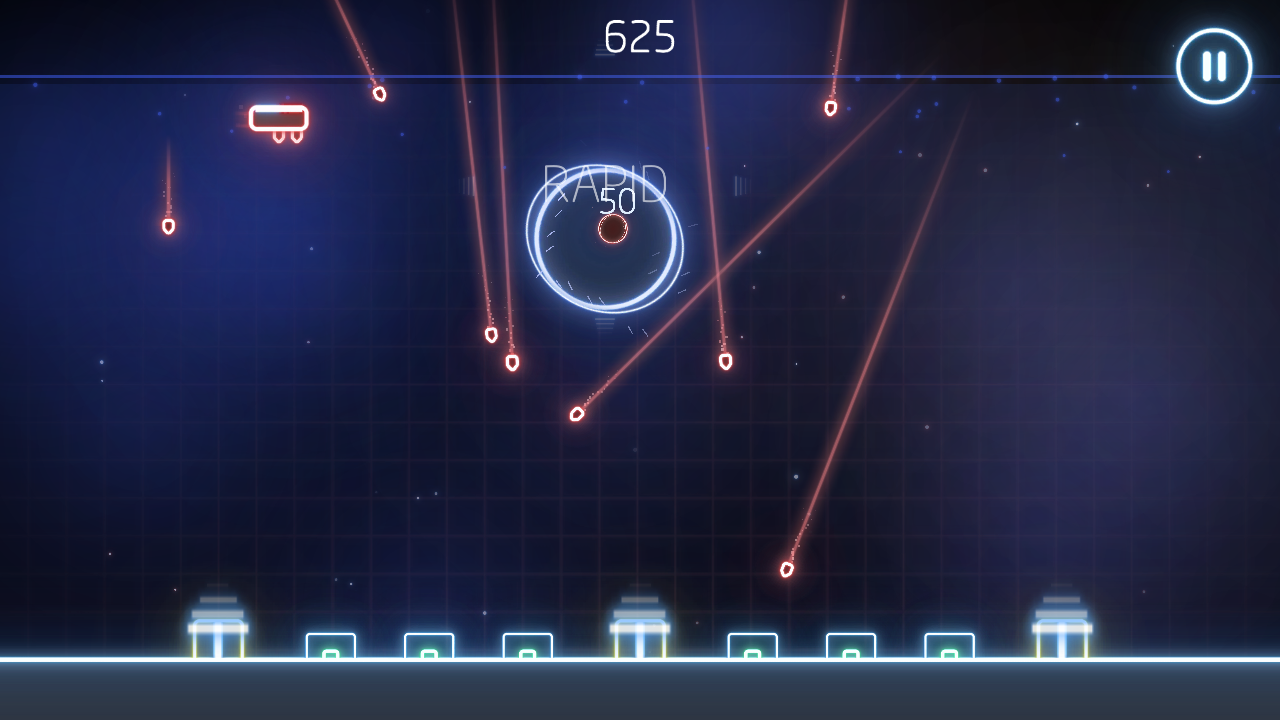 Since there is no backstory, it’s unclear as to who is relentlessly attacking you and why. They seem to be using missiles of various sizes and bomb-dropping ships though. At first, the missiles maintain their trajectory, but some of them change course and are harder to hit as a result.

Purists may not appreciate the power-ups, but I think they’re a nice addition. They have to be shot to be activated, so technically, they’re optional.

Here’s a breakdown of the ones I have encountered:

Bomb – Destroys all incoming missiles on the screen
Fast – Super fast firing rates for a limited amount of time
Homing – Auto-aiming defense missiles
Mega – Collateral damage to all nearby missiles
Rapid – Rapid firing mode, not sure how this is any different than the fast power-up
Shield – Gives your buildings a temporary shield that can withstand a missile hit
Time – Slows down everything but your missiles 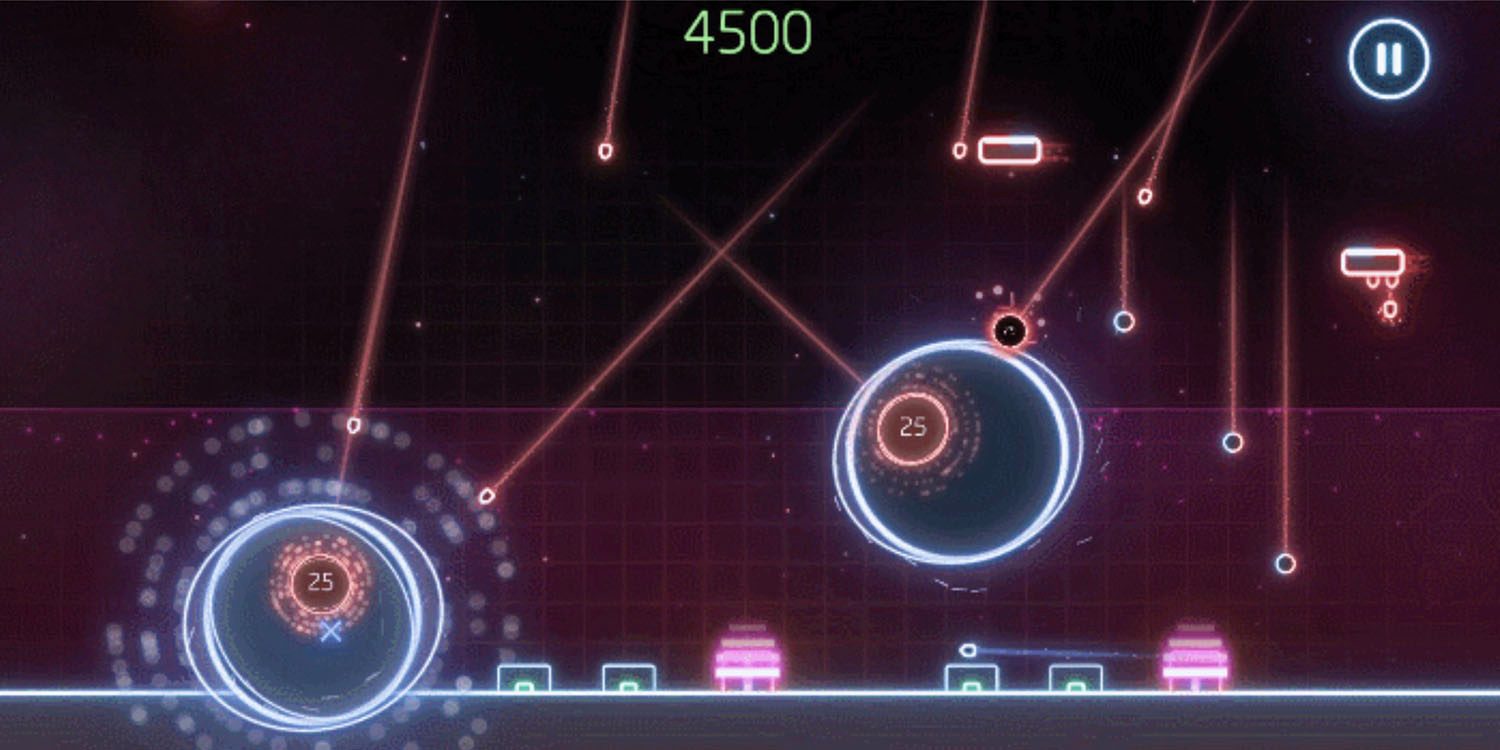 After each game, you’ll see your current and previous best score. No matter how good or poorly you have done, you’ll always earn points to spend on four different upgrades. You can increase the power of your attacks, the reload speed, the velocity of your defensive missiles, or reduce the amount of time needed to rebuild a missile launcher.

If you’re itching for an arcade experience, there is an AR mode which will render an arcade cabinet around your phone camera’s surroundings. I found the AR mode to be cute, but glitchy. I did appreciate the vector graphics in the normal mode. The synthesized background music adds to the retro feel as well.

Missile Command: Recharged is free to install, but unlimited play can be unlocked with a one-time fee of $2.99. If you’re a fan of the original game, this remake is worth checking out.