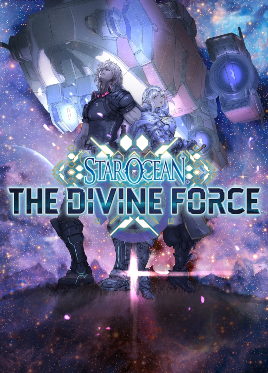 Note: This review is based on the PC version, but will mention some issues common to all known platforms.


This review is of a series I left a while back after Star Ocean 4 (The Last Hope) proved such a disappointment that despite liking the first three games, I decided I did not want to be disappointed again. I finally decided to give the series another shot with Star Ocean: The Divine Force, and to my pleasant surprise, despite some bad optimization and minor weird game design gripes, found a competent game I enjoyed.

The story starts with the merchant captain Raymond Lawrence of the planet of Verguld getting mysteriously shot down by a battleship of the Pangalactic Federation while on a delivery run. After being forced to make an emergency crash landing on the planet Aster IV, he meets Princess Laeticia Aucerius. As it's an underdeveloped world barely on the cusp of its industrial revolution, he is forced by circumstance to reveal some aspects of his space-born origins while also being obligated to help Laeticia with the troubles of her world. From there, the plot snowballs into what becomes a galaxy-level threat where countless lives hang in the balance.

In a feature returning from Star Ocean 2, the game has the choice of making the main protagonist be either Raymond Lawrence or Laeticia Aucerius. The basic story remains the same for each, but certain characters are recruitable specific to Ray or Laeticia, and certain scenes and plot points are more elaborated on certain main character routes. There is no New Game + unfortunately, so it's not possible to play as both main character routes on one save file, though this may be patched in at a later date. Combat is now fully action-based, with no battlefield transitions, much like in Star Ocean 5. Unlike Star Ocean 5, they do not let all party members take part in the fight, just up to four in the primary party, though they can be switched out between fights at player discretion.

While most of the gameplay follows the conventions of the Eastern role-playing game genre, the way they rendered the action-based RPG combat without any sort of battle transition was done quite well. On top of making battles flow more dynamically and including a surprisingly competent AI for allies left to computer control (and you can switch to whom you wish to control manually at will), they introduced a new feature that further enhanced fights in DUMA. DUMA is what allows the player to do all sorts of aerial attacks, evasion, and high-speed movements, with each character getting specific unique attacks that take advantage of DUMA's capabilities for more unique play options. Like prior Star Ocean games based on more traditional RPG combat, they have a "Stop" mode that pauses the action to allow manual selection of certain commands like items for more strategic gameplay as well. I must admit that most of the time, I'm not a fan of action-based RPG gaming, especially if a series leans far more in the tradition of turn-based combat conventions, but Star Ocean 6 deserves special props for making it feel natural and fun. 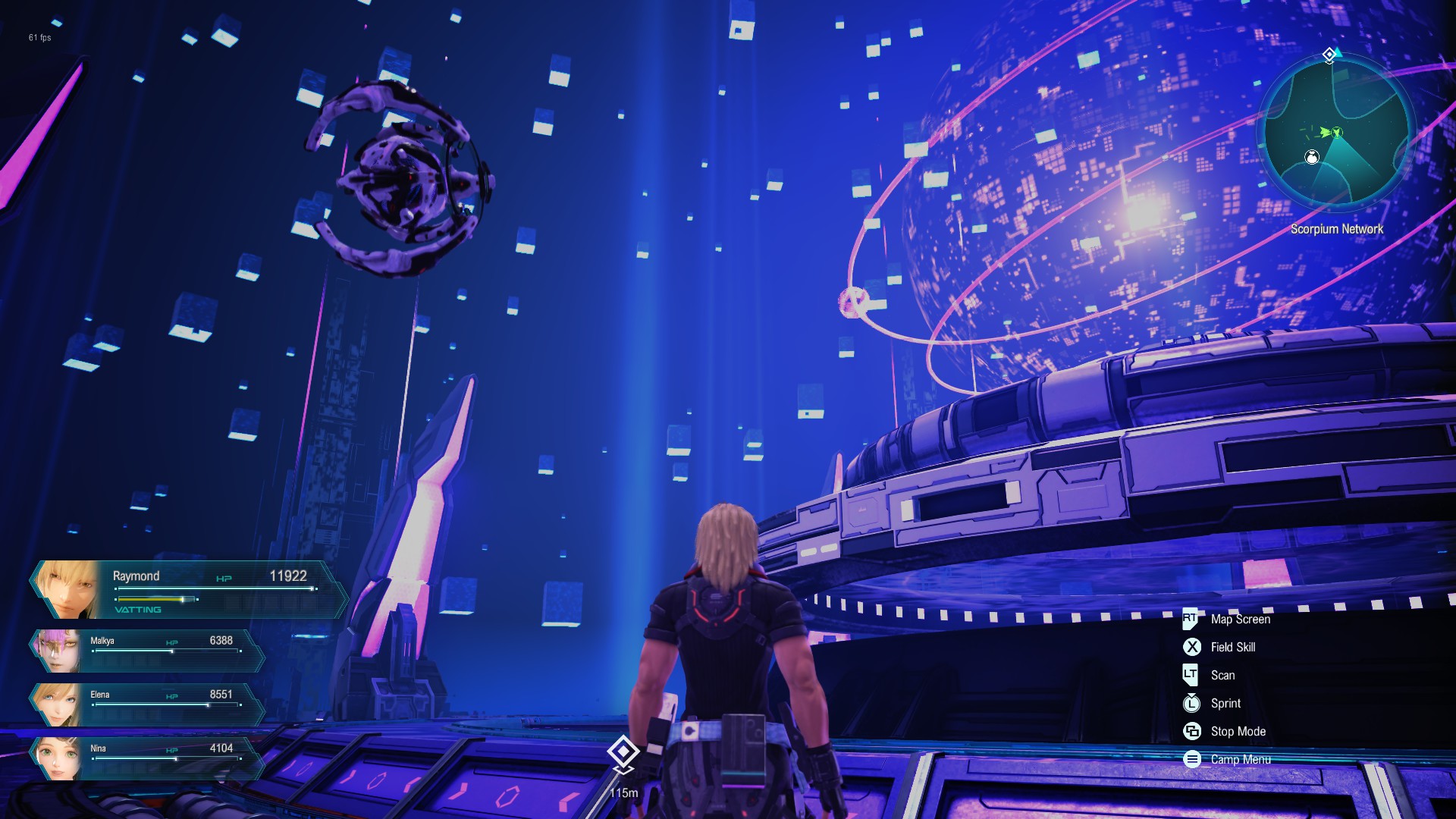 Graphically, the game has some beautiful setpieces, ranging from high fantasy-style fields with flowing vegetation, crystal-spired cities, and all sorts of detailed vistas. The more sci-fi areas have their futuristic charms, ranging from neon lights to antiseptic cities, to even one level rendering an incredibly intricate ship that has been partially destroyed with a ton of attention given to the debris.

The music is one long musical montage by Motoi Sakuraba, who is well known for their love of progressive rock. If you love gothic choir, instrumentals with guitar and synth fusions, and a soundtrack that ping pongs between sci-fi and high fantasy when needed to always set a mood, then this game will be an aural feast. Voiceovers are excellent in both Japanese and English, so either way, you are guaranteed to enjoy the story. Sound effects are the typical ones associated with most Star Ocean games, being a mix of instrumental and synth noises with a sci-fi flair, and they help set the mood nicely.

The game can be controlled by either keyboard and mouse, any Steam-compatible PC Gamepad, or the Steam Deck's controls. I found on PC an Xbox One controller worked quite well, as the game button scheme is essentially modeled after it. The keyboard, on the other hand, is a bit of a pain to use even with remapping keys. The Steam Deck also works as well as a controller too. Given that the game requires a lot of use of high-flying mechanics and that requires precise aiming at times, anyone with a controller will get the optimal amount of fun out of playing.

Stability, I regret to say, is not very good. While the game is not prone to crashing, many early areas of the game are very poorly optimized, with the CPU registering high loads and the game having many pop-ins and temporary hanging glitches in some areas that load poorly, some forcing a save to be reloaded to clear them. This issue is confirmed to be present on all platforms, including PC, and thus is not fixable until the game is patched. Later areas of the game run much better and most issues go away after the game midpoint. This is playable on Linux/Steam Deck, but the same issues persist, and the player would be well advised on the Deck to opt for 30 frames per second as ideal and turn down some graphic settings, especially if the game is playing on battery power.

Some other decisions exist that are more minor but still annoying. Keeping track of sidequests is very hard, requiring the player to scour shops and individual NPCs for confirmation. Also, the E'sowa minigame, while a very fun chess-style diversion, has no way to keep track of those you have already played or any new players to challenge, as they update throughout the story without warning. The borderless and fullscreen options seem to be backward for some reason, with ALT+TAB not working on borderless mode while working well in fullscreen. There are some thrid-party tools that can make this work in borderless mode, but this is obviously done at the player's own risk. 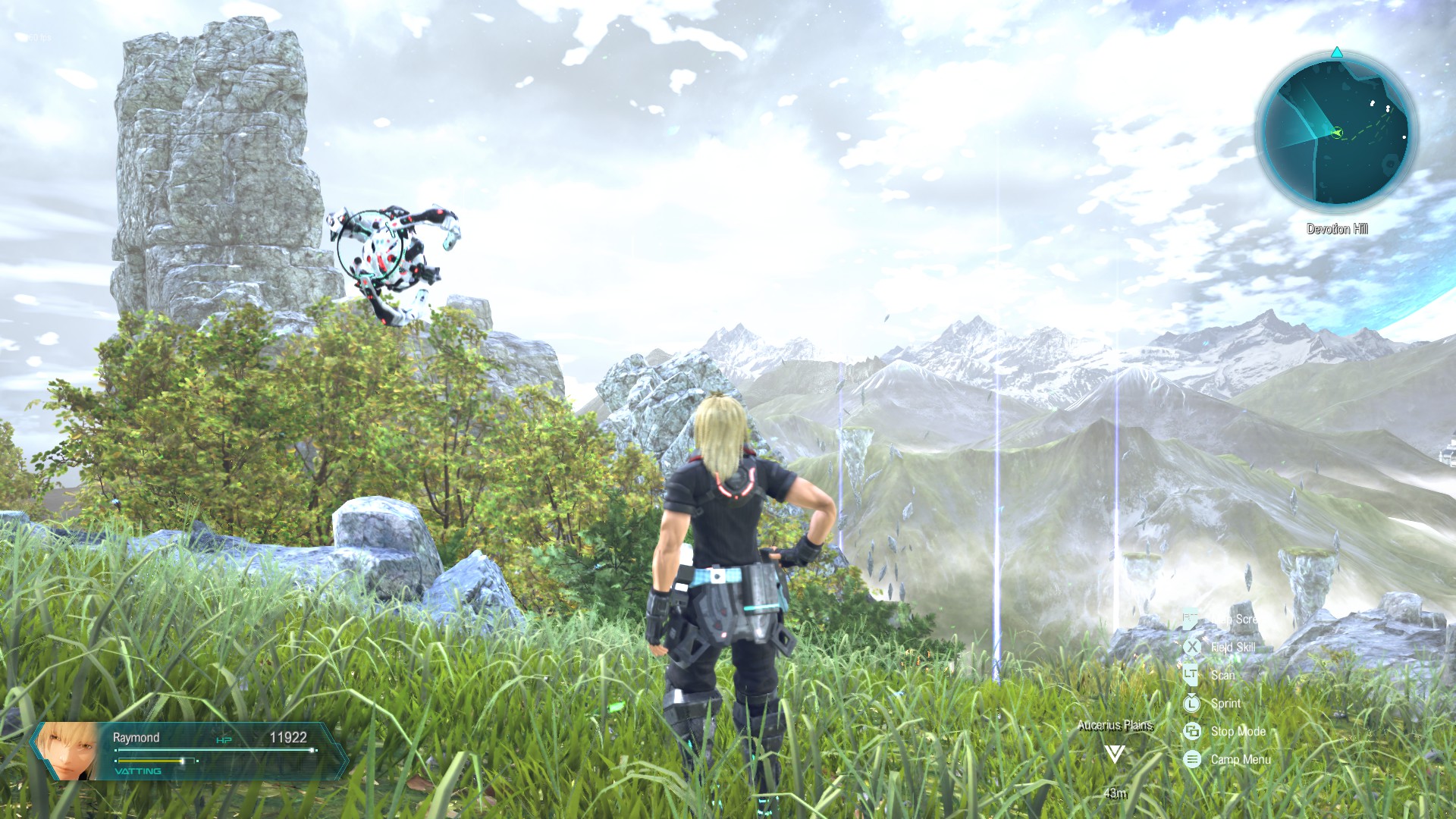 Violence is limited to RPG style violence, in action RPG format. There is no blood and gore, though it is occasionally implied. The game also features some death outside of combat, but after cutscenes, the bodies disappear just like in combat.

Language is going to be a tad earthy. Your main male protagonist is going to utter at least one of every PG-13 level swear word at some point (like s*** and b**t**d). There is a total of one mention of godd***ed, but this is in the context of Raymond admonishing people to do something to save their lives instead of effectively committing suicide, which is a condemned by God offense in the Christian tradition. There aren't any crude comments or innuendos of note.

Sexual content is generally limited to some skimpy outfits. One of your party members has a chest practically spilling out of her (apparently undersized) outfit, and the other is somewhat less revealing, but it still flatters her figure quite a bit, though she comes from an in-game race with a prehensile body, so she needs some freedom of movement. There is little else in the game that comes close to being worse. Almost everyone else is wearing appropriate attire for their age and station. There is some "jiggle physics" for some female characters, but you have to specifically be looking for them to notice.

Star Ocean is a series that typically has a very science fiction plot that pays lip service to many high fantasy cliches, but nigh all fantasy concepts are always attributed in some fashion back to more rational causes. They do have the "undead" for example, but these are typical manifestations of the sci-fi version of magic (and given a sci-fi zombie-style justification), which is a legitimate scientific discipline in-universe. Aside from that, the series leans in a very hard sci-fi direction in general.

Two themes are rather commendable to the plot. The first is a running theme that great power and knowledge are foolish to be sought for or otherwise acquired without a firm sense of morals. It's heavily warned one should have caution for its effects on oneself and others guiding it, lest it becomes a force that could be a snare for the corruption of the user and the harm of the innocent. Married to this is showing the horrible effects of this. While it is shown such power in responsible and moral hands can be a force for great good, those who allow such means to be a snare to evil will become arrogant and drunk with that power, even to the point of attempting to become like God. The latter is an evil the game explicitly denounces as beyond the pale. Several scenes even explicitly denounce the conceit of man ever becoming like God and that such thinking will always deprave those who indulge it.

Morally, this game takes place in a situation where the main character is from another world who, for reasons of survival, must share some knowledge with a less advanced society. Great care is taken to minimize harm by the protagonist doing this. Additionally, the rule of law, provided the authority is not corrupt, is greatly respected. One character even shows such great respect for the law that even though they were later exonerated for what was deemed a permissible exception, still submits to lawful authority for their judgment, as they refuse to accept they can break any law (and the laws in question are sensible ethical ones) without consequence. Otherwise, the game makes a great point to also denounce the corrupt and lawless, with the protagonists doing their best to support legitimate authority when and where practicable to do so.

Overall, some lamentable technical issues aside. Star Ocean 6 has fun combat, and a competent story, and compared to my experience with Star Ocean 4, this game was well worth what I paid for it. That said, I do hope the glaring performance issues are patched if nothing else. Morally, it has issues, albeit tempered by some good themes. It's not exactly what I'd consider the best in the series, but Star Ocean: The Divine Force is certainly good enough. I hope any further games improve on what they did well.