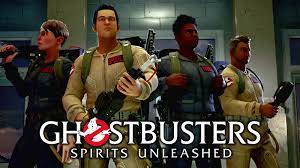 Thank you IllFonic for sending us a review code!

Like its predecessor, in Ghostbusters: Spirits Unleashed, you start off as a new recruit under the tutelage of a couple of the original busters: Ray (Dan Aykroyd) and Winston (Ernie Hudson).  The new geeky scientist character is named Eddy and he will teach you how to use and upgrade your equipment.

Strong Points: You can bust ghosts with friends; cross-play between platforms; cameos from Dan Aykroyd and Ernie Hudson
Weak Points: Not available on Steam
Moral Warnings: Many occult and supernatural references; all sorts of language including the F-bomb

Once your character is created, it’s time to learn the basics in using your PKE meter, ghost trap, and particle thrower.  Once you know how to use your equipment, it’s time to start taking jobs by yourself with bots, with friends, or with other online players in Quick Play Mode. Despite this game not being available on Steam, (yet) there are plenty of people to play online against thanks to the cross-platform support.

In the beginning, you’ll only be able to play as a Ghostbuster.  When you arrive at a location, you’ll have several objectives to successfully stop the haunting process.  The haunting progress increases as the ghost is still roaming the building.  If the haunting level reaches 100%, the Ghostbusters will fail their mission.  Ghosts can teleport through rifts and there are three of them in total.  If all of the rifts are destroyed, the ghost’s movements will be significantly restricted.  Ghosts cans can possess items and their locations can be discovered with the PKE meter.

Ghosts have several tricks up their sleeves though they have cool-down periods.  Ghosts can summon minions, slime civilians and ghost busters, haunt items, and create an indoor tornado.  I’m not sure why, but civilians leaving haunted buildings is considered undesirable in this game.  It seems like common sense to me.  If a ghost scares someone enough, they’ll try to leave through the front door.   Ghostbusters are encouraged to calm them down instead of allowing them to flee for their lives.  Calming a civilian down is a quick-time-event mini game where you can press the gamepad trigger as the rotating arm reaches certain areas for additional points, or just let it complete its rotation. 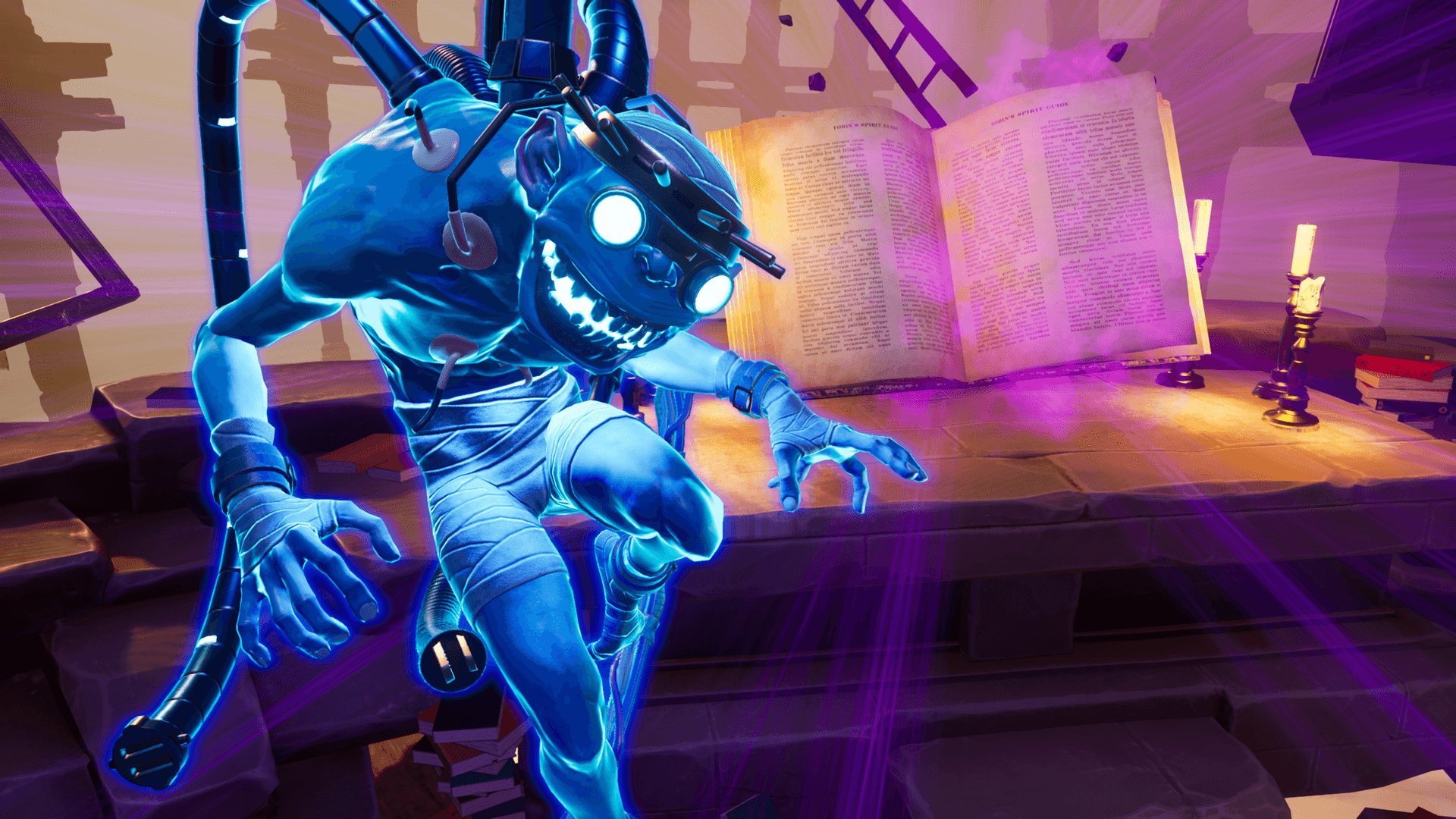 Like many multiplayer games, you’ll be encouraged to revive fallen allies who have been severely slimed.  Removing slime is done by repeatedly pressing the B button.  Pay attention to your surroundings as you’ll have many opportunities to collect mold, spores, and newspaper clippings to add to your collections at the headquarters.

While playing as a ghost, your objective is to cause as much chaos as possible without being detected.  Ghosts have an energy meter that depletes with every action, but quickly regenerates while possessing an object.  Outside of sliming, there’s not much violence in this game.  This game revolves around supernatural and occult references.   There’s plenty of talk about the afterlife, but Heaven and Hell are not mentioned.

Foul language is present and used often.  I was surprised to see that this game was only given an E 10+ rating despite it having the F-bomb dropped.  Like any online game allowing voice chat, your mileage may vary depending on who you’re playing with.

As of this review, Ghostbusters: Spirits Unleashed is not available on Steam.  If you plan on playing this game with friends, you’ll want to make sure that they have Epic Games accounts.  While there is a decent user base, I still found some bots in my online matches.