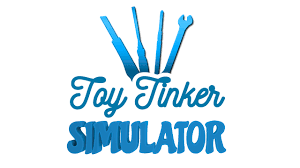 Thank You Turquoise Revival Games for providing us with a review code!

Tinkering with toys can get a person into the holiday spirit. Although Toy Tinker Simulator was released around last year in November, I was feeling festive for once and decided to try out something that would put me in the mood.

Toy Tinker Simulator is exactly what the title says. You have your little shop where you fix up various toys from plastic ones to plush dolls, to remote control vehicles. You’ll be using sanders, cleaners, printers, and ovens to repair the dirty and broken toys that come your way. Most toys are grimy and rusted, and once cleaned capture that plastic or plush look that a real-life object would have.

A short text-based tutorial with a bit of hands-on demonstration that takes you through buying the materials or tools needed, fixing the toy, and then sending it out to the customer to get paid. What you experience from the tutorial is what you’ll be doing 90% of the time. Toy Tinker Simulator is incredibly simplistic, with very simple mouse movements when it comes to repairs or cleaning. In fact, you don’t even have to be accurate. As long as you’re moving the mouse in a general direction, it will contribute to the part being fixed. In a very unfortunate manner, this means that a lot of the repair processes feel the same. The experience started feeling excessively repetitive from rank 1 as a beginner up to rank 25 as a master. For better and worse, the entire process can be controlled with your mouse. 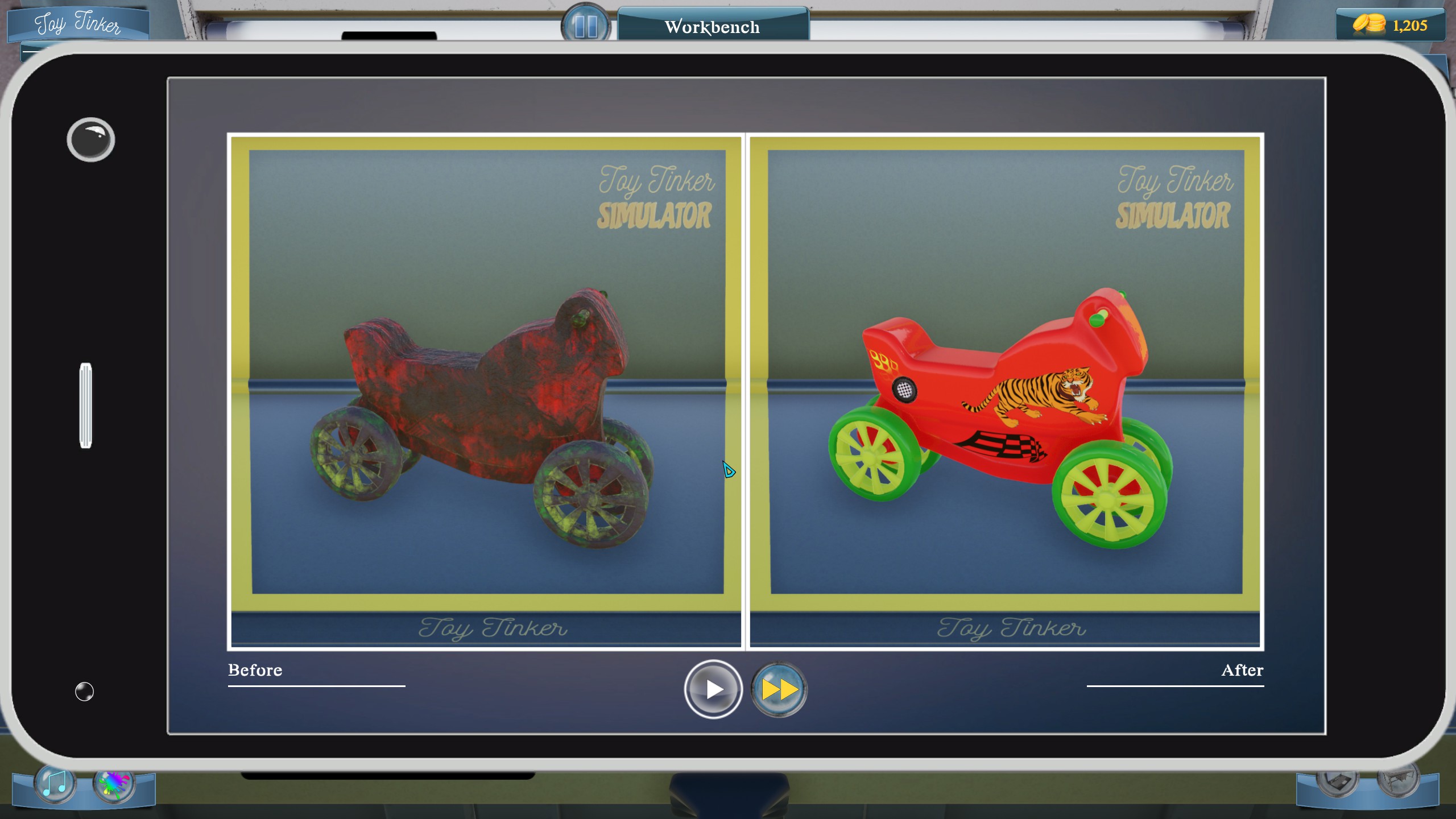 Some things do change when reaching the master rank. You’ll still be doing the same actions that you were doing several hours prior, but for each toy you repair, you get to play with them in a separate menu. Once I had something tangible as a reward to look forward to instead of filling up arbitrary numbers, I was enjoying the game more. These interactions with master toys aren’t super in depth but are nice to mess around with.

Outside of toys, there is a museum aspect in which you get to place special “museum” toys in display cases to attract customers. You earn a cash bonus for every job completed after fulfilling the requirements for a full museum. Cash isn’t used just for buying tools and equipment—you can also buy loads of cosmetics and accessories to decorate your living space to make it feel more lively. While the experience is very repetitive, there is a lot of content to pick at with these systems and two dozen achievements to earn that also grant you badges in game. 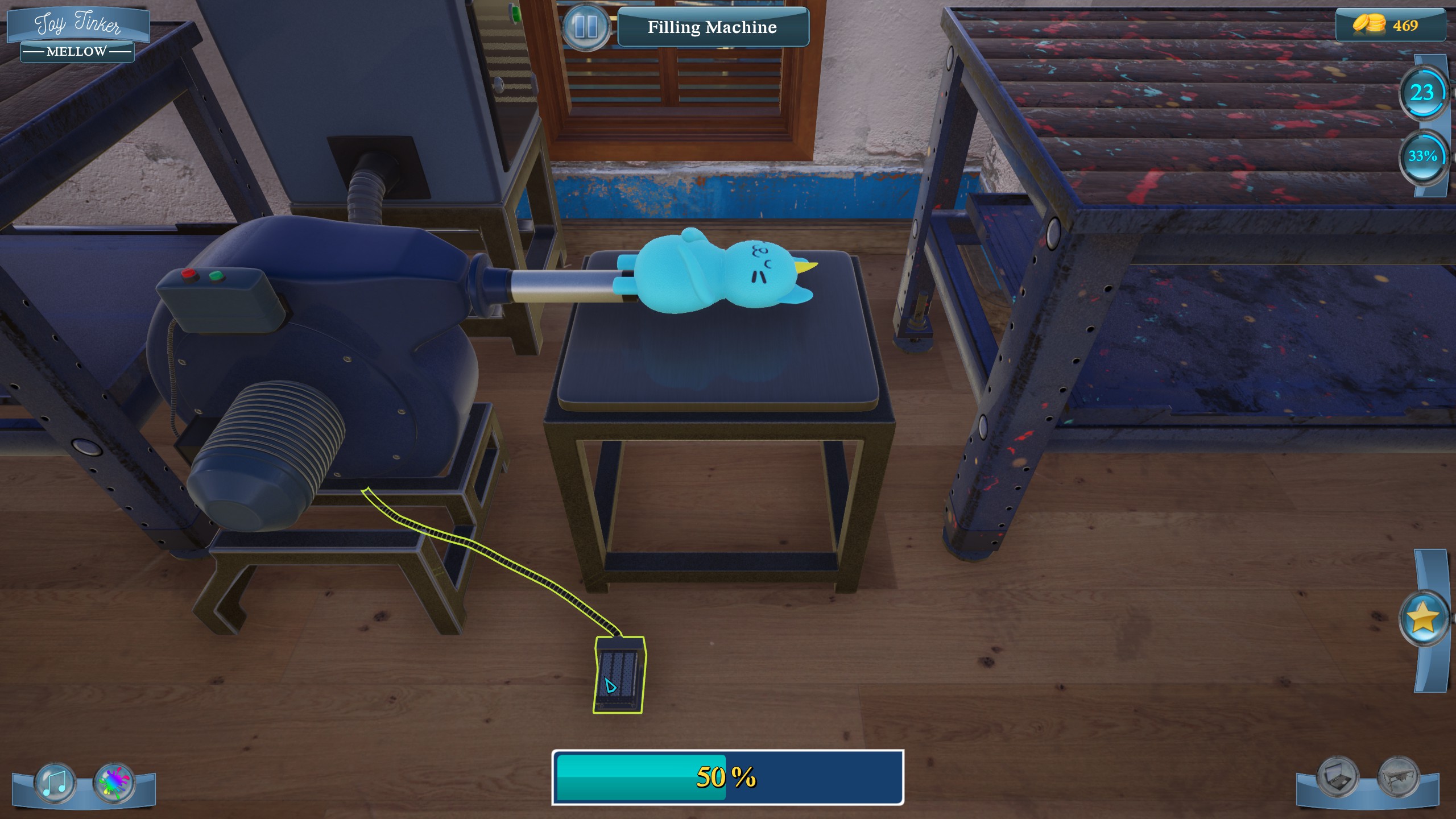 The music of Toy Tinker Simulator consists of a variety of music genres on a radio that you can toggle on and off. While I wouldn’t call any of the music bad, and you have the option to listen to the ones you like, I think eventually you’ll end up turning it off in favor of your own music or a podcast. There are quite a few reused sound effects for equipment, but at least when it loops, it isn’t blatantly apparent like in other indie titles.

After spending some time with Toy Tinker Simulator, my feelings about it all are very complicated. I went from disliking most of it at first to liking about half of it. But I only started to like half of the game after slogging through huge amounts of repetition. The experience felt three times longer than it actually was. It might be completely safe for a general audience with no moral concerns to speak of, but I believe most people will find it too dull to go through before it gets to the good stuff. If you really want something to occupy your mind or hands while focusing on something else such as a podcast or a documentary, Toy Tinker Simulator isn’t terrible for that. For most people, you may want to look elsewhere if you want your simulation games to be massive in-depth timesinks.