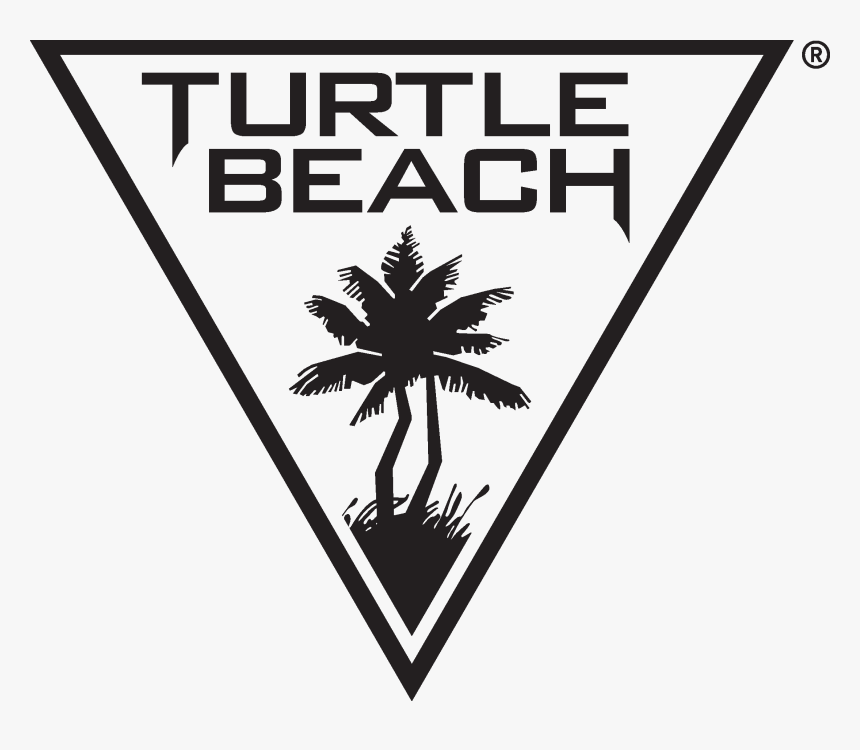 The Turtle Beach Stealth 600 Gen 2 is (was?) not just the most popular headset from Turtle Beach, but the most popular headset out of all of them. It makes sense, too: it's their upper-midrange model, with a solid feature set, and good sound. And yet, as good as it was, there are plenty of areas to improve - and they have done a great job doing so with their newest model/refresh, the Stealth Gen 2 MAX.

The box includes the headset itself, the wireless transmitter, a USB-C charging cable, and the paperwork folder, which includes a quick start guide, technical support links, a warranty registration reminder, and a logo sticker. The USB-C cable is only about two feet long, but is otherwise well made. No complaints on this end.

As for me, this review is interesting because I get to review an updated version of my first-ever Turtle Beach headset; the PS4 version of the Stealth 600 Gen 2 was the very first of their headsets I ever reviewed. Since then, Turtle Beach has been incredibly kind to us, and sent us over most of their new releases since, so I have a pretty good idea what their strengths and weaknesses have been, as well as some of the long term 'gotchas' I've run into using their product line.

One of the major issues I had with the original Gen 2 models centered around the reliability of the wireless connections. The Stealth 600 Gen 2 for PS4/PS5 was generally fine, but the metal shield broke off of the USB connector, and it eventually broke completely, rendering my headset basically useless. (Thankfully they do sell replacement USB transmitters.) The Stealth 700 Gen 2 certainly sounds much better and is a lot more comfortable than the Stealth 600 Gen 2. However, we reviewed the Xbox version, and it was super quirky. All of the Xbox headsets of that era I reviewed connect to the Xbox directly, using the controller protocol, rather than via a USB dongle. While this could be quite convenient on Xbox if you use it close to you, my wife especially found that it would disconnect often with our Xbox if it was more than about ten to fifteen feet away, making it unreliable for game streams, and I found that it was borderline unusable in Windows, even though it is supposed to work. So when I heard that their revamped line was going to use all-new transmitters, I was quite excited!

Strong Points: Turtle Beach's signature sound is detailed and well balanced; great wireless range; compatible with virtually anything that uses a USB port for audio; incredible battery life; notably improved earpads over the original Stealth 600 Gen 2; construction of the headset seems solid, despite being all plastic; great feature set, and the EQ settings are genuinely useful; replaceable earpads; I love how plug and play these are
Weak Points: While much better, they could be more comfortable still; I wish there was a place to put the USB transmitter; made with all plastic outside of the padding

And it appears that my excitement was well-founded. While I did the vast majority of my testing on a Windows Laptop, I also tested it on Xbox Series X, a PS5, and a Nintendo Switch. I even tried it on a Mac and Linux PC, and it worked great. I also hooked it up to my phone via a USB-C OTG cable; probably not worth the hassle, but it worked there, too. Everything I tried that was recent and has a USB port worked, though I admit I haven't tried it on a smart TV. I had no durability issues with the dongle either (at least so far). And the signal range is truly excellent!

Right now my house is getting some major remodeling done, so my office is literally in pieces. So when it's working (or writing, or gaming) time, I have to use my kitchen table. (My wife just loves this.) But what it means is that my Midnight Red Stealth 600 Gen 2 MAX's USB dongle is generally plugged in near the middle of my house. So when it's time to grab a drink or snack, I just leave the headset on and get up. And I can go really far with it! And I don't just mean to the next room - I mean all over, even into my basement or garage. Only the farthest corners of my garage or basement cut out - everywhere else has an incredibly solid connection. While the USB dongle itself is larger than it used to be, the trade-off is absolutely worth it - I'd choose a larger dongle in exchange for a better antenna any day. And the fact that it works on pretty much everything is truly a game-changer. (Pun intended.)

On the side of the USB dongle there is a switch for USB mode, or Xbox mode. While Xbox mode does work on Windows, I recommend sticking with USB mode on virtually anything but an Xbox. It shows up as an Xbox controller in Windows, and while it works well, I still think USB mode is a better choice and much more compatible. On an Xbox One/Series, stick with Xbox mode. In my experience, it works great with them all.

The new dongle also connects really quickly to the headset. I've left it on while unplugging the USB transmitter, sliding the mode switch, and plugging it back in and it just keeps going like nothing happened. A couple of beeps and you're back online. Very nice!

Like the older Stealth 600 Gen 2, the headset has virtually all of its functionality on the left ear cup, and it's easy to access. It's also all hardware/firmware based - no software can prevent you from adjusting your volume, setting your voice feedback volume, or changing EQ modes, as it's all built into the headset. This makes it practically idiot-proof, and means that if you want something as plug and play as possible, this is right up your alley. Even on Windows, the only software available is just to update firmware. It's as simple as it gets - and that's a good thing.

As I mentioned before, the left ear cup has a lot of functionality. It has two slider wheels - the top is for game/source volume, and the bottom is to set how loudly you can hear yourself and your environment from your microphone. This doesn't affect what anyone else hears, just you. There is a Mode button, that lets you select one of four audio EQ modes: Signature Sound, Bass Boost, Bass & Treble Boost, and Vocal Boost. I found the first and third the most useful, though I could see some use for Bass Boost, if you like to hear that engine rumble. I did not find Vocal Boost much better than Signature Sound for midrange clarity; it just lowers the bass and treble a bit. 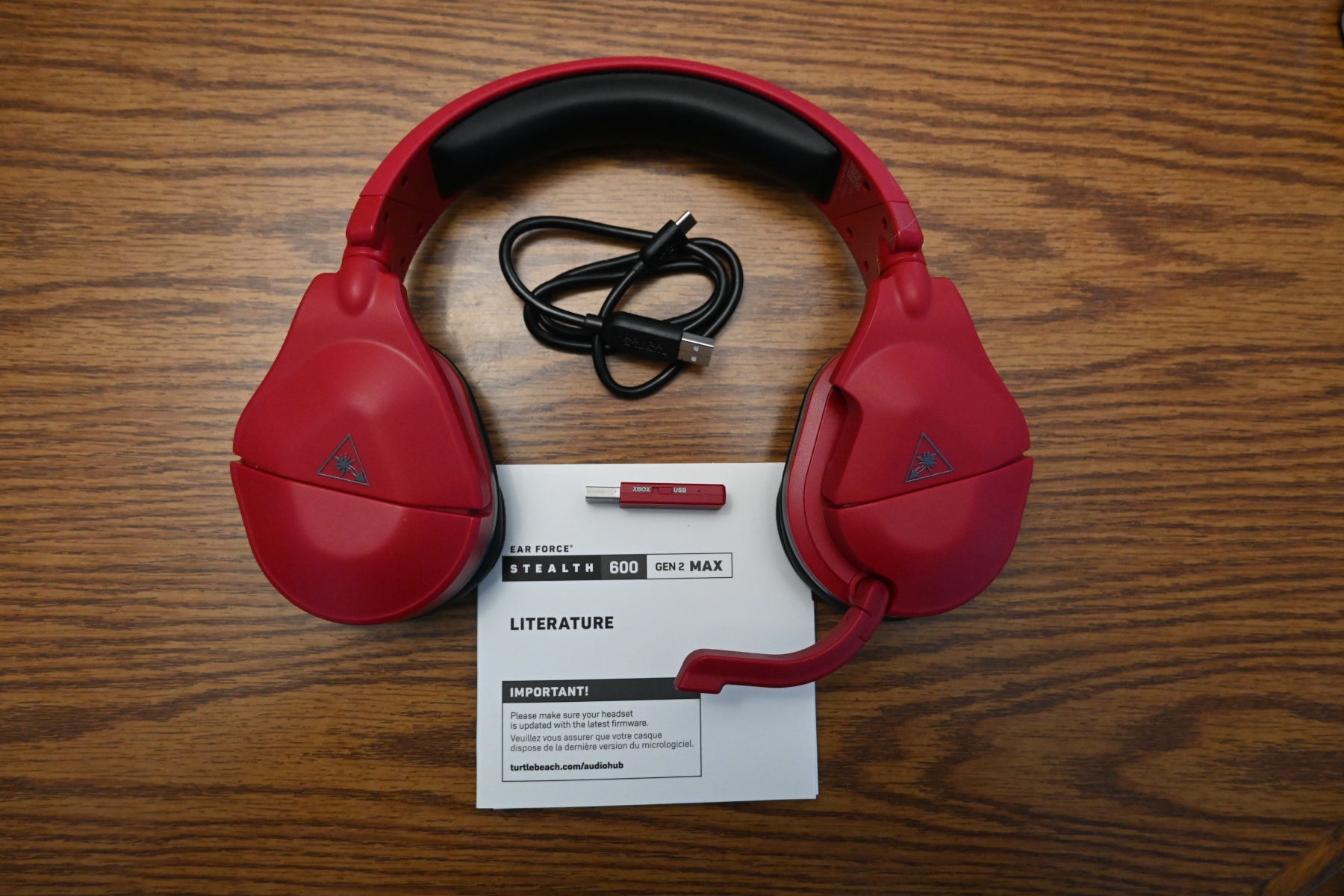 The power button turns the headset on and off if you press and hold it. Pairing is very fast, as I mentioned before. If you press it quickly once, it activates Superhuman Hearing. I still never use it. It's supposed to make it easier to hear footsteps and other sound effects; it may, but I don't find the trade-off of unnatural sound worth it.

There is also a very handy flip-down microphone. It sounds pretty good for a headset mic, though it's certainly no replacement for a good external microphone if you can swing one for proper podcasts or streaming. It's great in a pinch though, and your friends should understand you just fine in the middle of a firefight. There's a bit more background noise than I'd prefer, but it is an omni-directional microphone, just like it says on the box, so it does what it's designed to do - pick up you and everything around you.

I personally found the original Stealth 600 Gen 2 to be a bit on the uncomfortable side for one of large ears and head like myself, but my wife, who has small ears and a normal noggin', had no problems with it. I can gladly say that the redesigned ear pads of the MAX largely alleviates my complaints. While it could be better (isn't that true always?) I find that I can wear it for quite a while without discomfort, even if it doesn't feel like soft pillows all of the time. In other words, it's not immediately comfy, but it causes little fatigue over long wear sessions, which is far more important. While it still clamps your head a bit (if you have a large head as I do), it's a lot more manageable than before. You can swap ear pads, but I don't think it's as necessary this time around.

I can't believe I've said all this but barely talked about sound yet. I guess I've gotten used to the Turtle Beach house sound by this point - it sounds reasonably detailed top to bottom, without any major gaps in the frequency response. It doesn't resolve that last drop of detail, but it's also not their top of the line, either. Given the close drivers and relatively shallow and closed ear cups, the sound is very present and in your head - not a very large sound stage, but you can hear pretty much everything going on. That said, I was playing a beat 'em up action game, and with a lot going on, it wasn't as easy to place everything happening as it was with my audiophile headphones - but these cost far less, also.

One last note - the battery life on these things is absolutely incredible. There's no other way to describe it. I charged them when I got them about ten days ago, and I've used them every day for anywhere from two to eight hours and I still have not had to charge them a second time. That forty-eight-plus hour promise on the box? I believe it. While I haven't counted the hours, my impressions of their battery life are like no other headset I've used - it's not even close. While I wish all headphones at least offered a 3.5mm headphone jack as a backup, given the insane battery life, I think I can forgive them for this.

This latest Turtle Beach headset refresh, the Stealth 600 Gen 2 MAX, solves almost everything I didn't like or ended up having issues with the original line. The wireless signal issues? Solved. Hard ear pads with a too-small opening? Solved. Quirky and error-prone connection method to Xbox? Solved. Requiring two different purchases if you play on Xbox and PlayStation (or Nintendo)? Solved! While they do cost a bit more up front than the single platform versions, if you own an Xbox along with pretty much anything else, the price premium is absolutely worth it. I am really happy that Turtle Beach address virtually all of my main complaints. While this is a tough and competitive price bracket, if you are a multi-platform gamer, and you want something wireless, this is an excellent choice, and probably the best bang for the buck in Turtle Beach's line. I bet this is going to be another top seller.