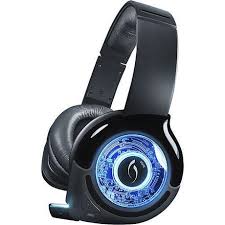 Thank you PDP for sending us a hat and this headset to review!

Performance Designed Products (PDP) has become well known for their brightly colored controllers and glowing neon headsets, as well as many other gaming related peripherals.  We have purchased some of their lower priced controllers in the past, like their Rock Candy line.  While the products always functioned as expected, they did feel less durable than their OEM counterparts.  It seems like PDP is really stepping up on their build quality with recent products, and the Afterglow Kral headset, like the AG 7, is emblematic of this.

The Kral feels really solid.  It is adjustable for large to small heads, and the top strap has quality padding that should last quite a while, with a firm grip holding it on your head without being uncomfortable, though it could get sweaty after a while.  The ear pads are also removable, and the interior of the headphone is accessible, so modding is possible.  However, putting those pads back on is not easy at all.  The size adjustments click firmly into place, and don't slide around by accident.  On the whole, it feels well built and strong, with solid plastic and metal holding it together.  I expect it to last fairly long with regular use; as long as they are not bent unnaturally hard in any one direction, since they don't fold DJ style.  They have not given up on their trademark color schemes for the Afterglow model line – this one glows a bright neon blue while in use wirelessly; for other uses, the glow is entirely optional, and just wastes batteries. 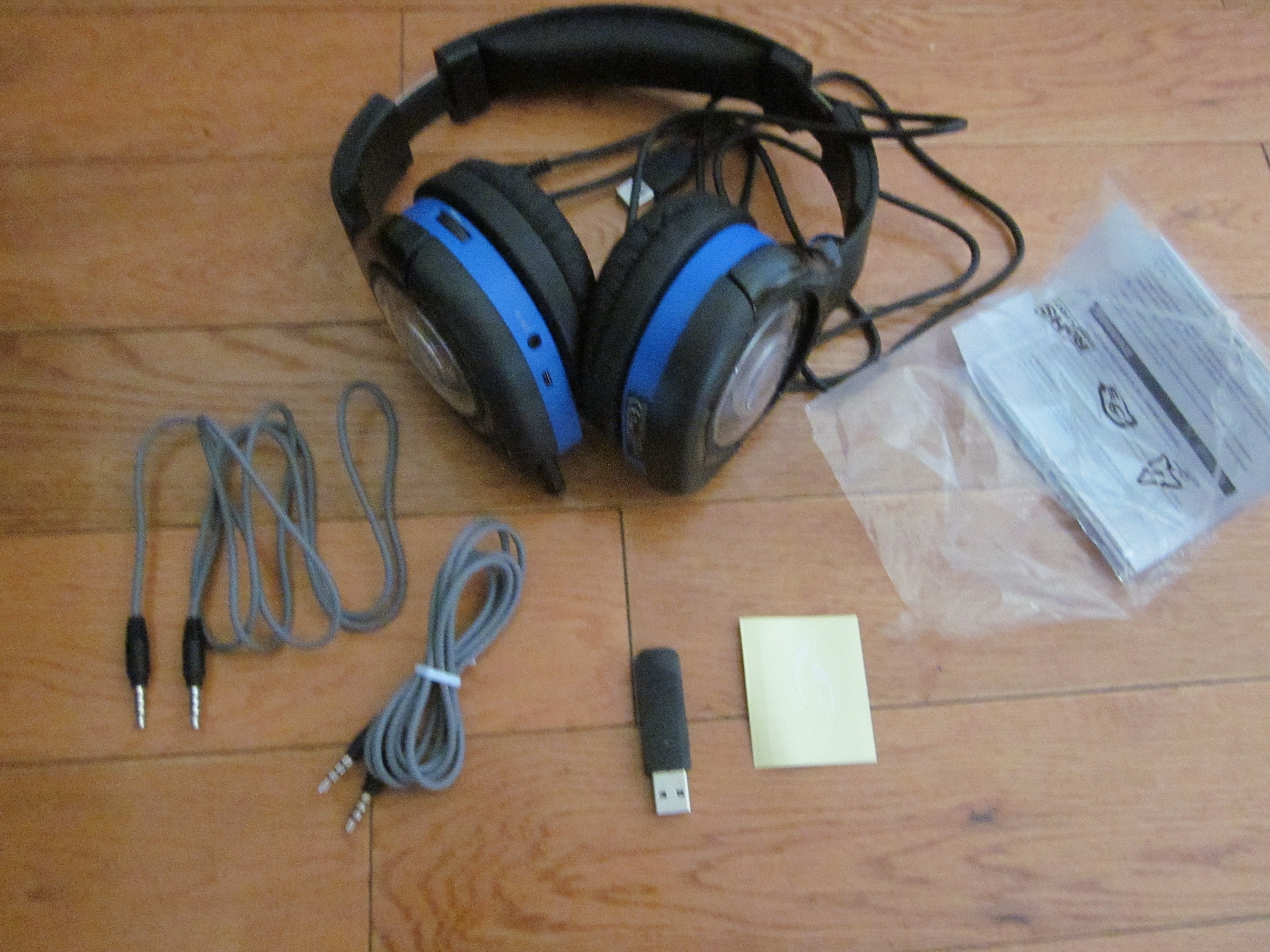 When plugged into a PC, it shows up as a sound device, just like you would expect it to.  It works perfectly both in a wired and wireless fashion.  I think the wired sound quality is slightly better, but it's really very close.  It worked well both as a mobile headset and for PC/PS4 headset use.  It worked in both wireless and wired modes.

This headset sounds extremely similar to the Afterglow AG 7 headset for Xbox One.  It still follows the unfortunate modern pattern of boosting the bass above most other frequency ranges.  While I felt that the AG 7's published frequency response chart on the box may be accurate, I don't believe this one is.  If it was, it could easily be considered audiophile quality, as it shows a graph that's +/-3db over much of the frequency range.  Also, when comparing the Kral and AG 7 side by side by swapping a cable between them both, they sound basically identical.  It also offers a bass boost mode, which is only usable wirelessly.  I do not like it very much because it introduces significant distortion. 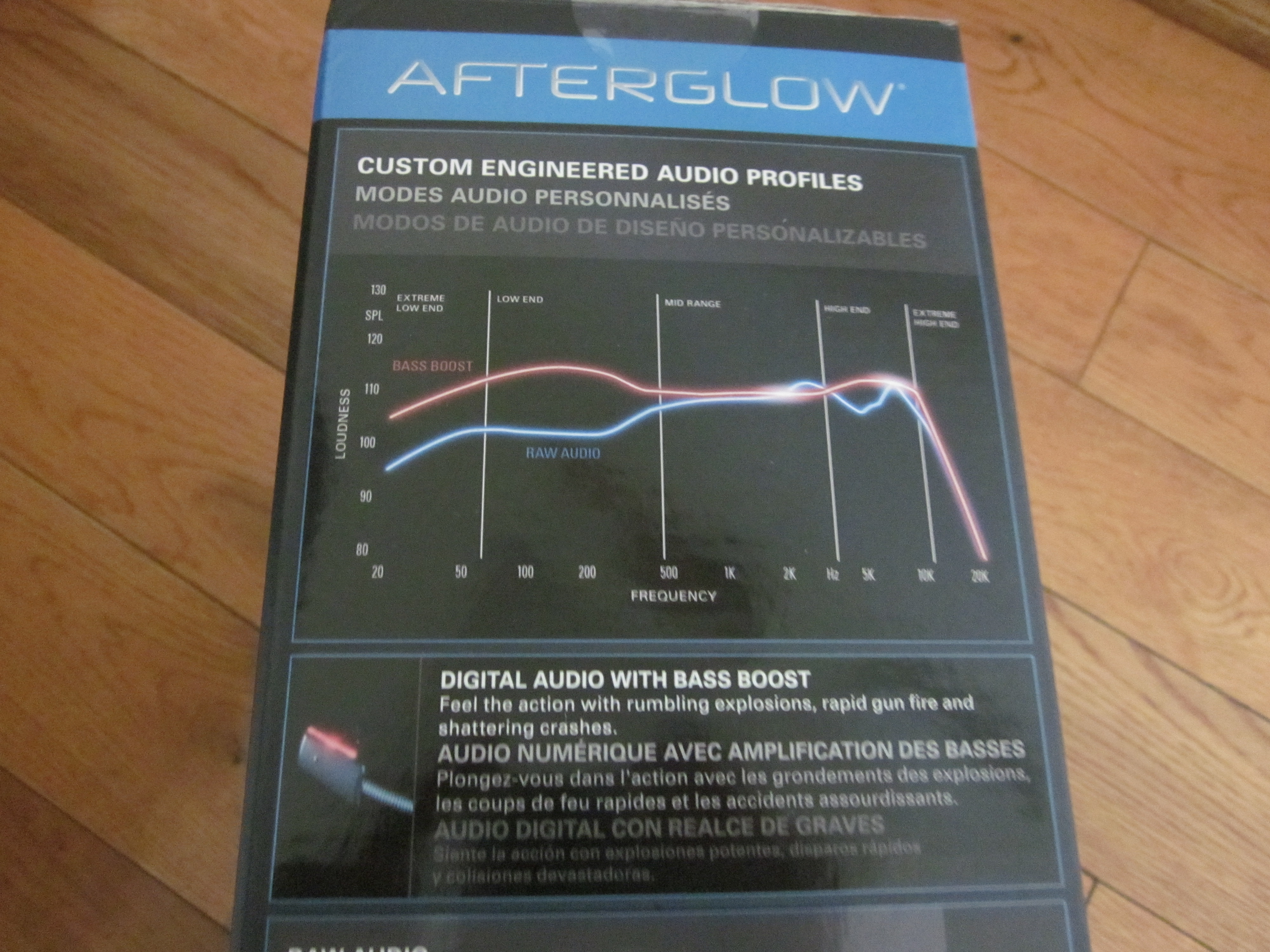 I was able to easily overdrive the headphones with bass boost activated.  The track that showed me this issue most clearly was Joe Satriani's CD Not of the Earth, the first track, which is the title track.  (It's a great song – you should listen to it!)  About 20 seconds into the song, a strong bass line kicks in that creates strong distortion on poor headphones.  It sounds acceptable without bass boost, but unlistenable with it on.

Despite my disappointment with bass boost and the published frequency chart on the box being inaccurate, I actually found a lot to like with the Afterglow Kral.  It works perfectly for both PS4 and PC use, and if the battery dies, you can always plug the headset directly into the PS4 controller or PC and keep going.  The range was fairly good, as I was able to go across most of my house without issue, though I don't think I made it near 100 feet.  Nevertheless, having heard other gaming headsets that sound a lot worse, and seeing that the price on this one is currently significantly less than MSRP, I don't hesitate in recommending it.