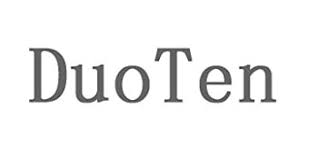 Thank you DuoTen for sending us this product to review!

With many cellphones no longer including what should remain as basic required functionality, a headphone jack, Bluetooth headphones are becoming the 'new normal' for many. And besides that, they are quite convenient for those with an active lifestyle; let's face it - jogging, riding a bike, or mowing the lawn is a lot easier without wires. As a result, the demand for affordable, high-quality wireless Bluetooth earbuds remains high. And since most of us aren't ready to drop $200+ for some of the name brand ones out there, I'm really glad companies like DuoTen have stepped up to fill in the gap.

These DuoTen TWS-880Pro earbuds are of the truly wireless variety, which means that there is no wire connecting anything - no wire from the earbuds to each other, or a battery or Bluetooth transmitter; everything is self contained in each ear. Interestingly, that also means that you can pair them separately, if you're not careful. Or maybe that's the intention if you want to give one to another person, for some single-ear listening.

Thankfully, these are really simple to pair; just open the case and they show up in the Bluetooth search feature of your phone. Or, if they’ve already been paired once, touch and hold for long enough and they go into pairing mode. If that doesn’t work, the simplest way I found is to turn off the Bluetooth on the device they are currently connected to, which also puts the headphones into pairing mode. This way you can actually have them paired with quite a few devices (I tried four) and it’s really simple to switch between them; if my phone is on, that one always connects first, but otherwise I just do a device scan and connect and it connects right away. It only takes a few seconds.

The most important part of any earphone is first and foremost sound quality and comfort. I am very happy to report that the sound profile is incredibly well balanced, and the louder you turn it up, the better it sounds. (Please don’t hurt your ears blasting it.) Even at around the halfway mark, it sounds very full and balanced, with solid bass and clear highs. While these are not the last word on detail, I find them more than ‘good enough’ for the vast majority of people. I have to say, I am really impressed with how far Chinese Hi-Fi (sometimes called Chi-fi) has come. With that said, how balanced it sounds depends in large part on which set of tips you use and how good of a seal. The smallest tips were too small, so I lost almost all of the bass. The mediums fit quite well, but the bass comes up quite a bit, more than my preference. I think they sound the best with some foam tips I adapted to the purpose. I had to cut the top of the tips off of them to get them to fit in the charger case, but afterwards they sound nearly perfectly balanced for my tastes.

Especially with the New Bee foam earbud tips I installed, these are really, really comfortable. I have worn them for hours with only occasional adjustments needed. They also sit in your ears in a way that really blocks out the sound. I'm not sure how much of that is purely isolation, and how much is the CVC8.0 noise canceling listed on the box, but it really is quite difficult to hear anyone outside, especially if you wear the silicone tips rather than the foam I swapped to. I don't hear any obvious noise canceling going on like you can easily notice on over the hear headphones, so I'm not sure which it is. Either way, you are in your own little world while wearing these.

Weak Points: Quality control is hit and miss, as I went through two and both sets have something wrong; I hate touch-only controls, and while water resistant, water will activate the touch controls even if you don't want it to

It's also great that they tend to stay in place. I’ve swept the floor, walked the dog, and rode my bicycle several miles (yes, I’m one of those) with them in place, not to mention worked at my desk. They have fallen out only a handful of times in about a week, and not while doing anything particularly active, just when I was being clumsy putting them back in.

As you can probably tell, from a pure functionality/sound/comfort standpoint, these are really good. (I am audiophile enough to have some expensive headphones for my desk, and these don’t compare – but for out and about these are more than good enough.) Unfortunately, the quality control on these is a real mixed bag. Thankfully, Amazon has a great return policy, which is where these are primarily on sale. I was reminded of this because I had to use it, and I may have to do it again.

My first pair worked perfectly in every way, but there was a buzzing in my left ear that was loud enough that I could hear it when listening to podcasts or quiet musical passages. It was otherwise perfect – paired easily, charged properly, the microphone was usable, and so on. Disappointed but otherwise accepting that things happen, I initiated the replacement, they shipped me one quickly (I have Amazon Prime) and I dropped off the original at a nearby Kohl’s to return them right away. I didn’t want to keep two sets at home long to get them confused. 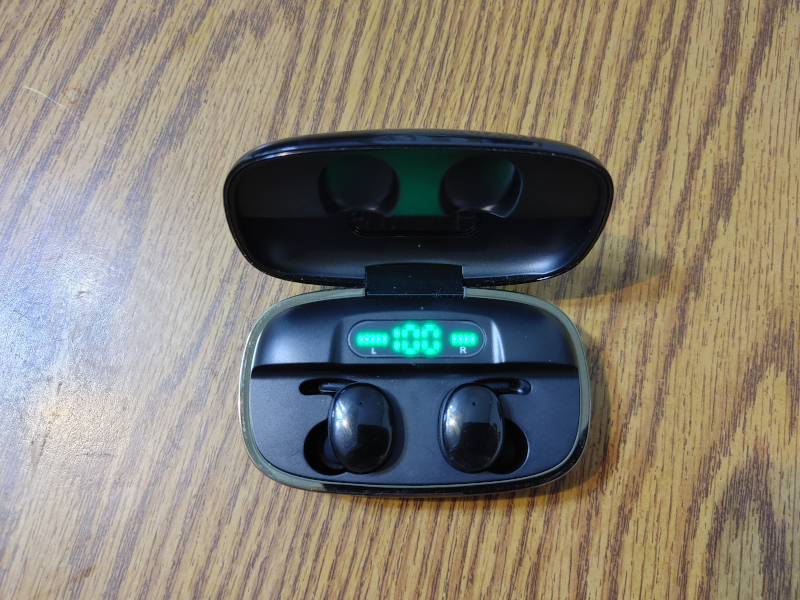 The second pair immediately sounded better, with no buzz. I thought I was good to go until I received a call later while wearing them. Keep in mind my brother had called the day before with the old buzzy ones, and he had nothing to say about how I sounded. This time, I had complaints about sounding like I was ‘wearing a mask’, or even hearing an echo if the volume was too high. I no longer have the original, so side-by-side comparisons are no longer possible; if I do this again, I’ll be sure to do more testing before sending this pair back. If that wasn’t enough, the touch controls on my left earbud suddenly stopped working yesterday. I am still able to use them, but some of the volume adjustment and media controls are no longer accessible. It’s also difficult to turn that one off; the only way to do so is to put it back into the charger case.

Speaking of which, the charger case has a 3000MAh battery in it, which can easily last weeks charging just the earbuds. One neat thing about it is that it actually doubles as a battery pack for your phone! You can use the included USB-C cable to charge most modern phones, but I found that cable to charge more slowly than another I had on my desk. It’s a neat bonus feature, though. My phone’s battery is actually much larger than 3000MAh, but it was able to bump it up significantly, and would help out in a pinch.

These earbuds claim an IPX7 water resistance rating. I’m not sure what that includes, but I decided the true test is to wear them in the shower. And they definitely survived! Unfortunately, I found that water activated the touch controls. I had to fix them countless times to get through the podcast I was listening to. Speaking of touch controls, even without water being involved, I have large ears and have had my ear itself activate it enough to turn one or both sides on and off or pause repeatedly when that was not my intention. Honestly, if these had buttons rather than touch, they’d be nearly perfect. I have come to dislike touch controls very much after my experience with these earbuds.

Overall, I’d say, considering their price, the pros of very good sound and comfort outweigh the cons of random quality control issues (thanks to Amazon returns) and annoying touch controls (you get used to it). I do hope they’ll consider a future model with buttons, though – touch may seem cool, but it’s just not as practical.