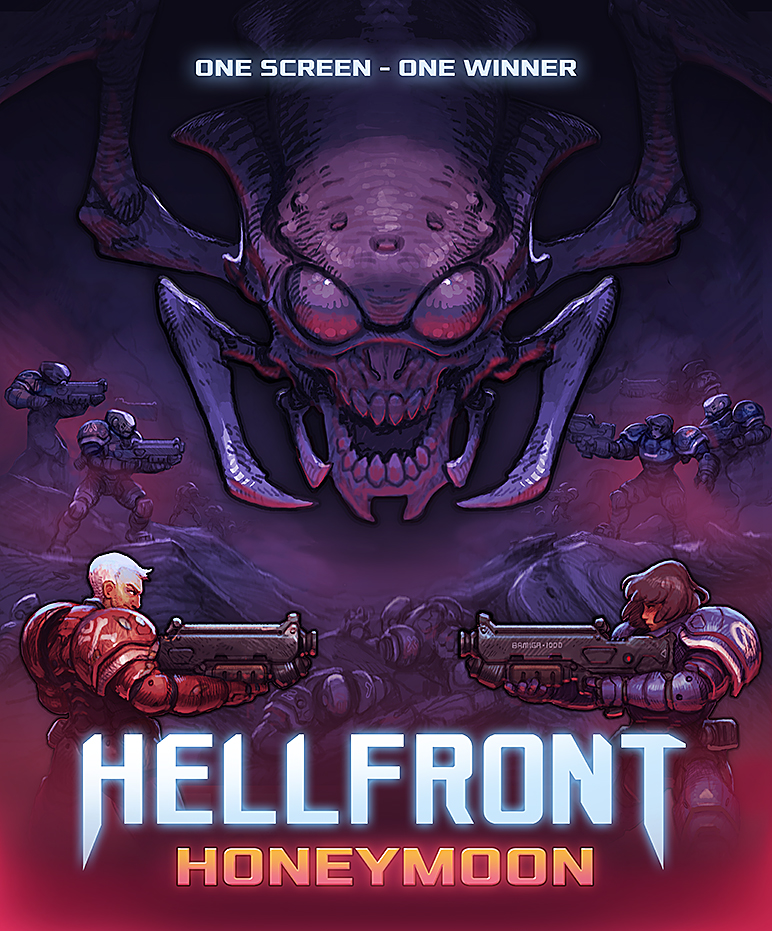 Thank you Thunderful for sending us this game to review!

Hellfront: Honeymoon is Skygoblin’s second game and we reviewed their first one, The Journey Down. Instead of being a point-and-click adventure game, Hellfront: Honeymoon is an action-packed twin-stick shooter real-time strategy game. There is no story, but your goal is to be the last person standing against aliens and other players on various hostile planets.

In total, there are ninety levels which you can play by yourself or cooperatively with a friend. Alternatively, up to four players can duke it out in player vs. player skirmishes. No matter which mode you play, the concept remains the same. You can destroy environmental walls that are in your way with your machine gun. On glowing floor tiles, you can deploy a turret or barracks that churns out soldiers every ten seconds. It’s best to have a combination of both. If possible, tuck your barracks behind some turrets for protection. There is no penalty if your character dies and they will respawn near their barracks within a few seconds.

The level is won by destroying all of the opposition's bases and turrets. To keep things interesting, when an enemy’s turret is destroyed, aliens usually come out and attack anyone nearby. Also, remember to move away once deploying turrets or barracks or your character will get squashed from the building process.

Depending on how long it takes you to conquer a level, you’ll be awarded between one and three stars. Generally speaking, you’ll get three stars for conquering the level in under a minute, two for under two minutes and one star for anything over that. The skirmishes don't last very long, but they're pretty intense-- especially those involving alien pods that are easy to accidentally break open with stray bullets. 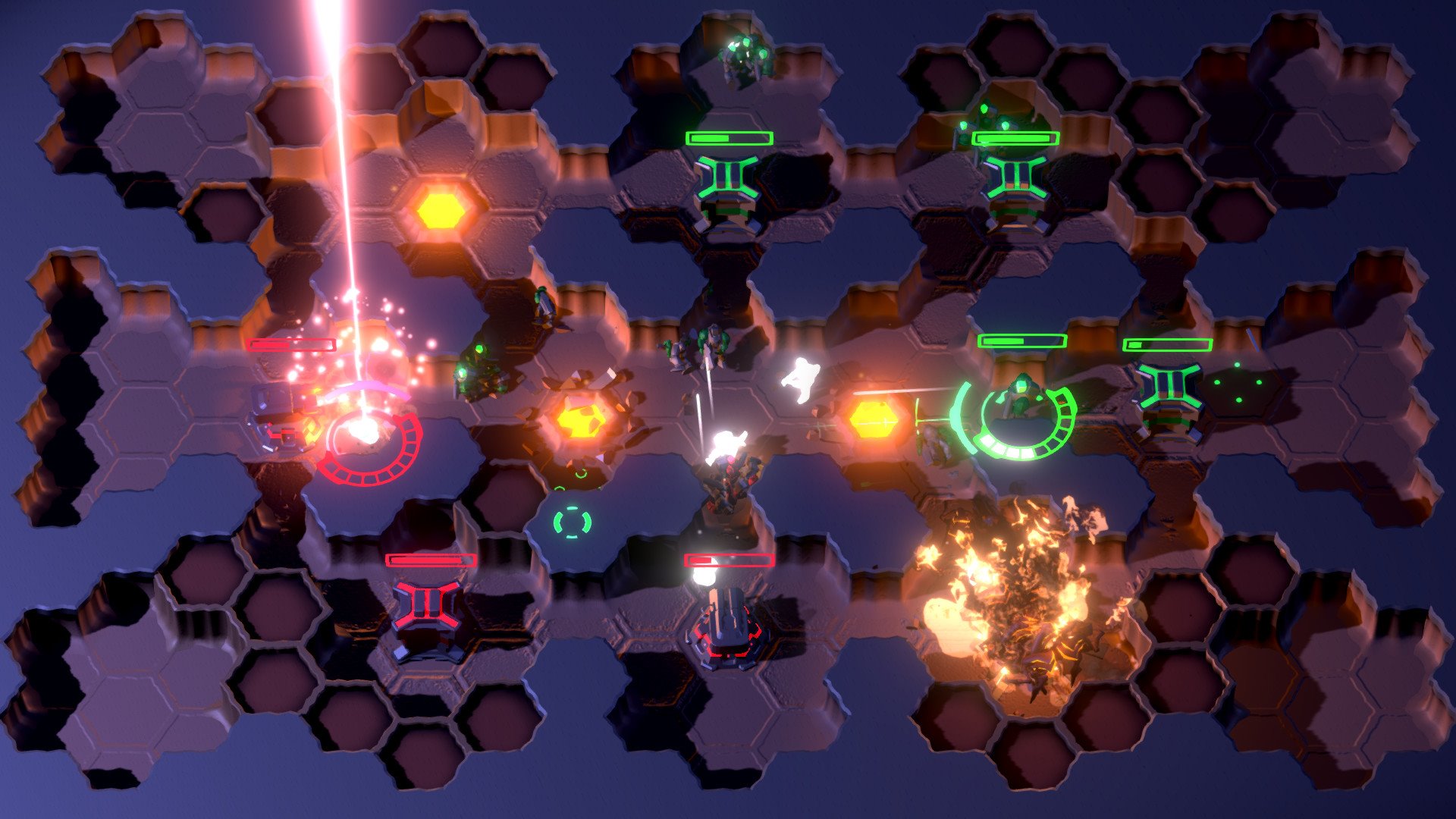 Violence is a given and you’ll have to attack opposing humans and aliens alike. When shot at, the aliens will break apart and leave yellow puddles on the ground. Given how fast-paced this game is, you may not even notice the gibs. The soldiers just disappear when defeated. Last but not least, the game’s title has the word hell in it (in case you haven’t noticed).

The explosions are very prominent and hard to miss. The rest of the visuals work well, but are nothing too ground-breaking. There is some change of scenery between the different planets.

The sound effects are fitting and the minimal voice acting is sufficient. The background music is peppy and perfect for the fast-paced action.

If you enjoy twin-stick shooters and real-time strategy games, Hellfront: Honeymoon is worth checking out. Like many games, this one is best enjoyed with friends. If you’re looking for a deep story and online gameplay you’ll want to look elsewhere.