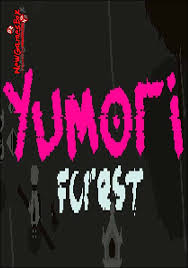 Yumori Forest is a melee combat game where you play as a boy that goes around lighting up lanterns. As you go through the forest, all sorts of different foes will try to stop you from reaching the end of the game. It has most of the elements of a roguelite but falls short with almost nonexistent random level generation. You will be killed over and over, starting from the beginning every time, but maybe you’ll have some extra upgrades to bring with you. It’s very basic in most of its execution, but it does it all so well that it’s a game worth noting.

The core gameplay is set in a large square level filled with trees. The goal for each level is to simply activate all the lanterns, of which there are about 3-4. In between each level you get to upgrade four different stats: health, stamina, damage, and movement speed. You have a sword to attack with, and much of the combat will be done up close. Along with the usual variety of enemies you will face, there are 3 bosses in the game; each is unique in design and offers a tough challenge. All of this adds up to a simple but satisfying gameplay loop of slashing, lantern activating, and the occasional boss fight.

While combat may sound simple and easy, the game is pretty punishing towards mistakes. Each enemy needs to be approached a bit differently. The basic swordsman will dodge and roll out of the way, archers shouldn’t be approached too aggressively, and some enemies will make an explosion if you’re close to them for too long. It makes for more methodical gameplay than similar titles. You can’t just slash and slash without a bit of thought. The bosses will punish you for playing too aggressively. Their patterns are designed in a way that you don’t want to be close to them for too long at once. None of these effect the fast pace of the game, and all feels very fluid. Hitting things feels great, and everything feels balanced and fair while remaining difficult. 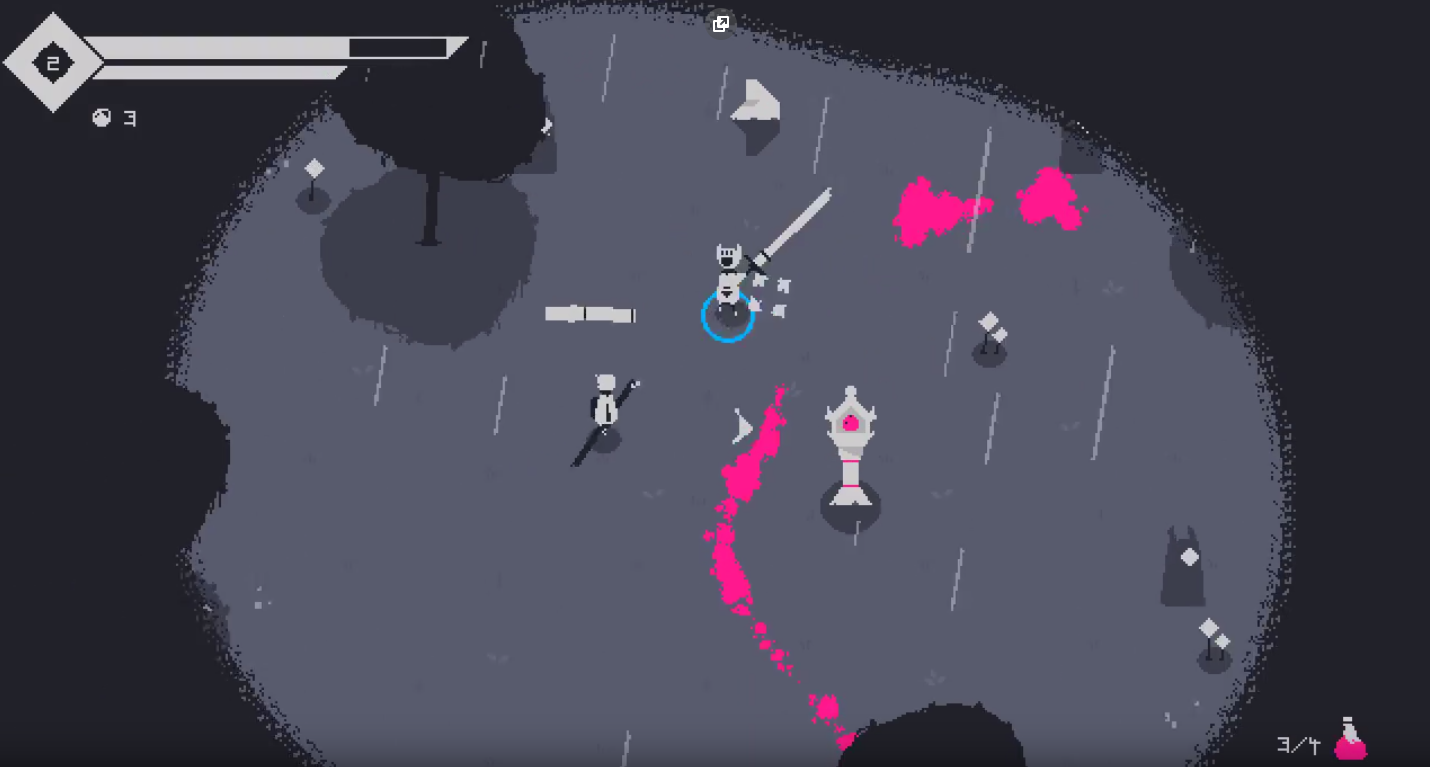 In between runs, you can purchase several things from the shop, including the ability to carry more potions or even a gun. These upgrades carry over between attempts and can make you quite powerful. I take issue with this because they make a difficult game much easier. On my save file I have all of the upgrades unlocked, and the game has become pretty easy compared to not having any of these. It impacts the gameplay significantly, but if you want it to be more casual, it helps your ability to survive a lot. If you want the game to remain tough as nails like I do, I recommend either using the upgrades sparsely, or just completely avoiding the shop.

There are 3 different modes to play in Yumori Forest. Normal mode is the basic experience, endless mode removes the bosses but has you fight waves of enemies to survive as long as possible, and hard mode makes all of the enemies more powerful, and removes the permanent upgrades you have. Normal mode feels like the most polished experience, while hard mode is done in a way that feels tacked on, and endless can become boring because you can overpower the game.

Controls are the usual WASD to move, left-click to attack, right-click to dash, and space to throw your weapon. At first, movement can feel a little slippery, but this seems intentional. There’s no option to change controls in the menus. Controller support feels unfinished and downright terrible, with D-pad to move, and no button to let you aim your cursor. Yumori Forest is best played with keyboard and mouse. I’ve never experienced any bugs or any crashes. 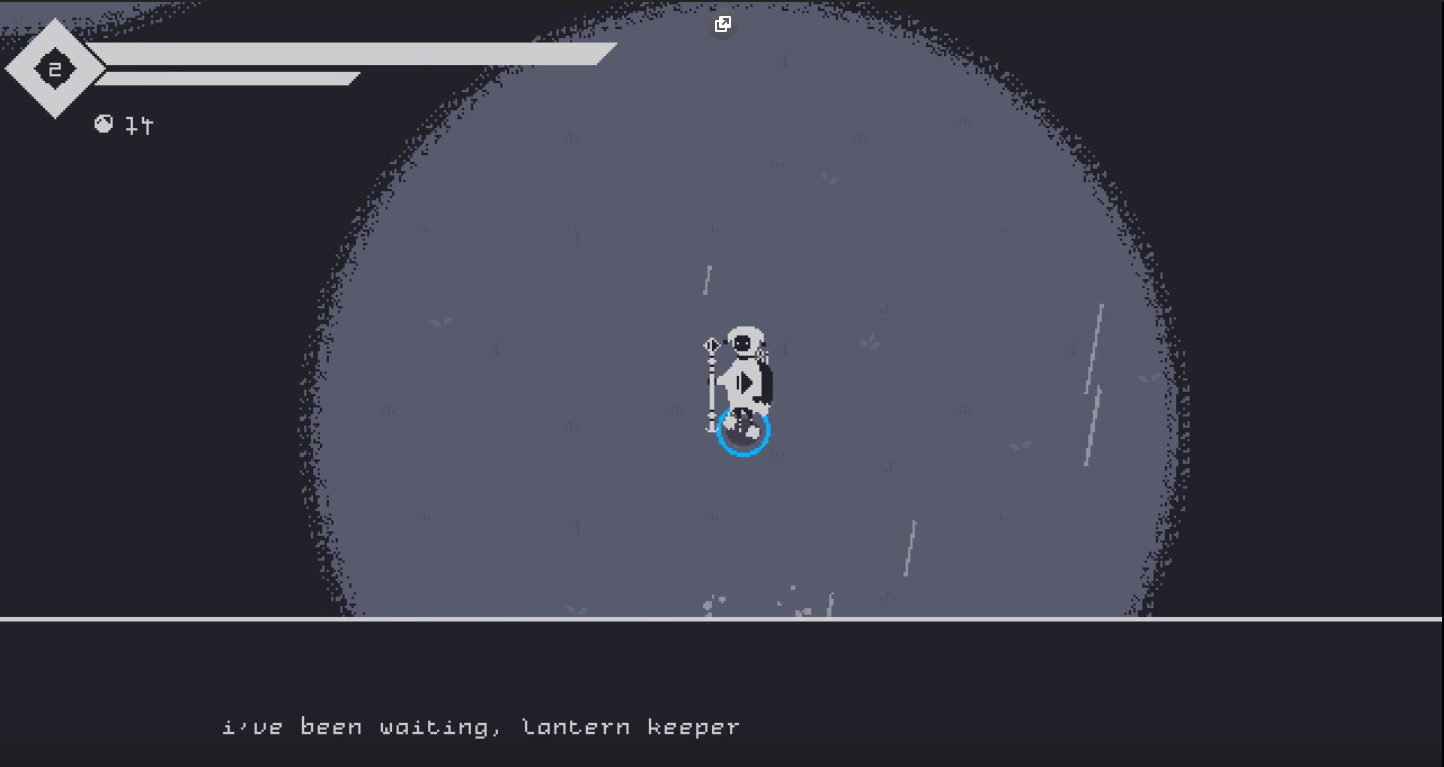 The art is simplistic and gorgeous. Everything is done in whites, greys, blacks, and pinks. It’s a unique look and is very appealing to the eyes. Everything is discernible, enemy health is shown clearly under them, the UI is nice and big, and things are easy to understand. The sounds in the game are all pleasing to hear. Hitting with your sword makes a "whack" sound, and some enemies’ bullets make an almost musical sound. There is not a lot of music, but when it is played, it is perfectly done. It fits the atmosphere and the theme and is almost relaxing. Yumori Forest looks and sounds beautiful.

There are some moral issues with Yumori Forest. There are lots of bright pink blotches of blood, but the color of this can be changed. There's lots of occult stuff going on, although it isn't really screamed at you. There are spellbooks and enemies shoot magic bullets at you. When you exit a level you "meditate" on a pattern on the ground. (It's worth noting that it isn't a pentagram or anything blatant like that. It's just a circle with a square in the middle.) When you die, you respawn on a similarly simple larger pattern in the center of the level.

I love this game. When it launched it got no visibility, likely due to its simple nature. Yumori Forest is a hidden gem among hidden gems and is well worth a purchase. 10 dollars might be a little steep, but if it really looks like your kind of game, there’s not much reason to delay buying it.