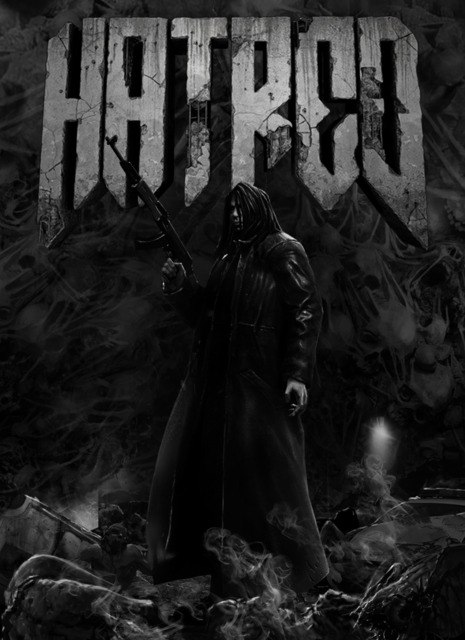 Thank you Micah from Techraptor for gifting us a copy of this game to review!

Hatred is a controversial game that has built up a lot of hype due to its removal from and re-admission to Steam's Greenlight process and for receiving an AO rating from the ESRB. Violence is not uncommon in today's videogames and many of them earn their Mature rating from the ESRB. While the violence scenes in Hatred were graphic and heartless, I thought it would be much worse to warrant the dreaded AO rating that prevents games from being sold in popular retail markets.

The story in this game is pretty much non-existent. The nameless character wants to cleanse the world from the useless parasites (people) that infest it. Before he goes down in glory, he wants to execute as many people as possible. Not surprisingly, there are Steam achievement for killing a set amount of hipsters, junkies, police officers, SWAT, and soldiers.

At first I was curious if killing in this game was avoidable. Sadly, my hopes were dashed when I had to execute a drugged hostage in order to complete the tutorial. The tutorial will teach you how to shoot at close and long range targets, use grenades, and basic maneuvering techniques. You'll also learn how to do execution style killings which are required for replenishing your health. There is no other way. While armor enhancements and munitions can be scavenged, health kits do not exist in this game.

Strong Points: Explosions and destructible environments
Weak Points: Shallow character that wants everyone dead; wonky controls; dumb AI that likes to run into a stream of bullets and doesn't take cover from them; lag; beat it in three hours
Moral Warnings: Murdering innocent people who sometimes run away praying the Lord's Prayer; graphic executions; encourages killing cops and soldiers; lots of cursing with the F word and blaspheming with it as well

Before I dove into the first mission I had to choose my difficulty and adjust to the game's controls. There are three difficulty levels (Easy, Hard, Extreme) and your choice is locked in without the ability to change it mid-game. I started off by playing on the Hard difficulty and noticed the difficulty increase substantially in the second level.

Hatred is a top down 3D twin-stick shooter that relies on covering and dodging techniques as well as having a strong offensive. You can't just run into a police station spraying bullets without taking cover and expect to survive. (You're required to "cleanse" the police station BTW.) Logically, I thought a controller would be the best way to play a twin-stick shooter. Sadly, I couldn't aim to save my life (pun intended) with my Xbox 360 controller. I wound up using my keyboard and mouse instead. Despite being awkward at times, it worked for the most part.

Like many PC games the WASD keys are used for moving around while the mouse is used for aiming and firing. The G key throws grenades and molotovs while the F key activates a power kick which knocks down doors and people. If you're ever low on ammo or health, you can finish people off by kicking them down and executing them with a press of the Q key. 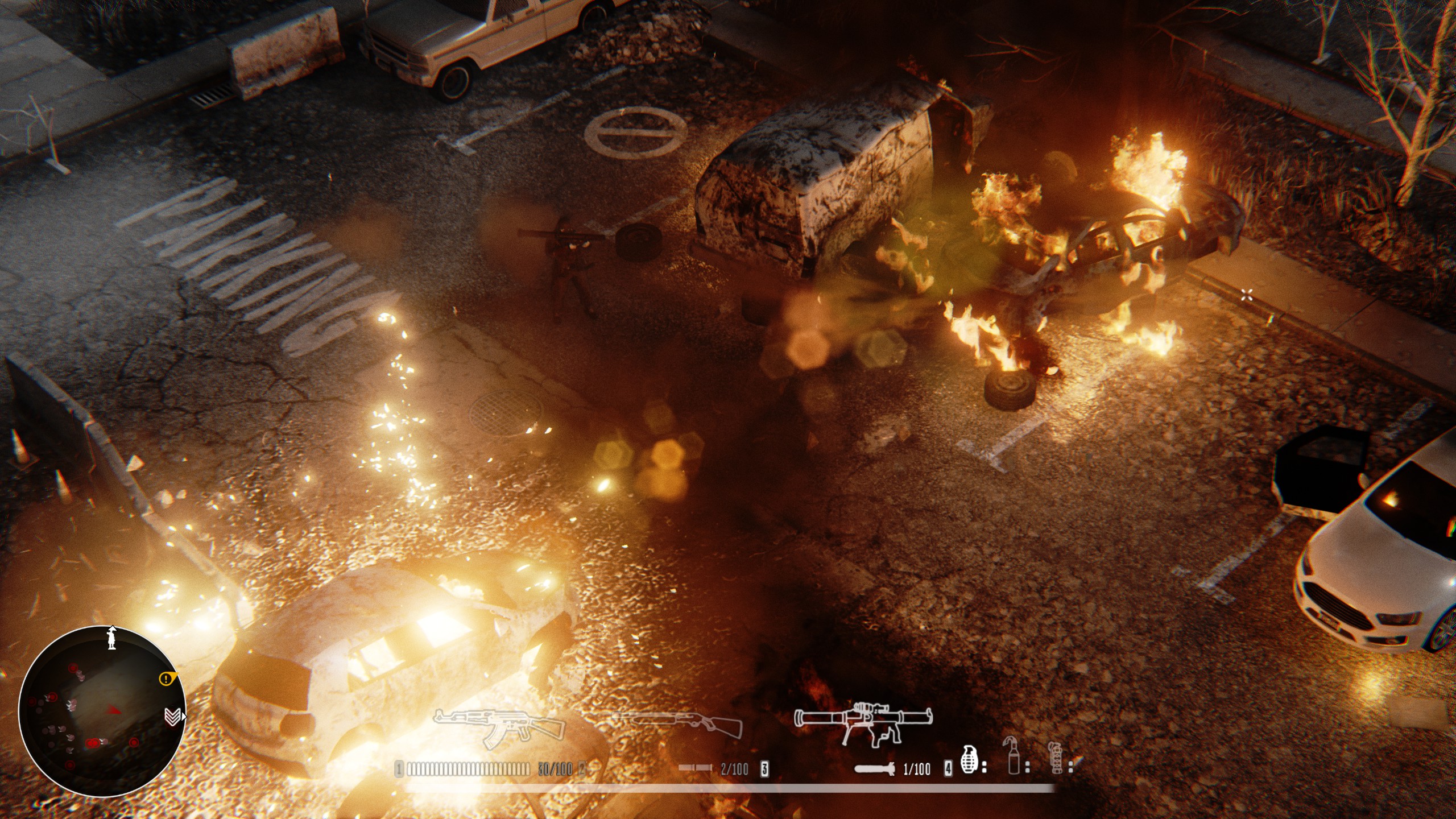 The executions are random and graphic. The color palette in this game is mostly black and white with the exception of fire, TVs, signs, cop lights, and red objects including blood. During an execution sequence you'll get to see a close up view of a person being slain by a point blank shot to the head, stabbed to death, having their head stomped or neck broken. Blood typically sprays out during the process. If you'd rather not see the executions, you can disable them in the options menu.

Lots of lives have to be taken to progress in this game. Fortunately children (and animals) are nowhere to be found in the levels. Some of the side quests are silly including taking out the hunters, crashing a party, a phone launch, a political rally, and a gun show. Many of these events are well populated and the artificial intelligence isn't the brightest when it comes to avoiding bullets. In fact many run directly into them. The police officers and soldiers seldom took cover as well.

While shooting at people, they said some interesting things. Some people would start cussing up a storm while others started praying the Lord's Prayer. A few people even stopped to ask if I was crazy. The language in this game is harsh and uses many derogatory terms and F-bombs. There is plenty of F-bomb laced blaspheming as well.

As if the Adult Only rating wasn't obvious enough, Hatred should not be played anywhere near children. Adults may want to question their purchase since the story is shallow and the gameplay is repetitive. Hatred can be beaten in a few hours and I see little reason to go back and play it on a harder difficulty. I'd rather leave my most recent "Wuss" Steam achievement, (despite beating the game on Hard), instead of firing it up against to kill two more cops to unlock the "Cop Killer" achievement. I think our police force needs more respect than this game has given them. There are better twin-stick shooter games available that offer more exciting gameplay than hype.