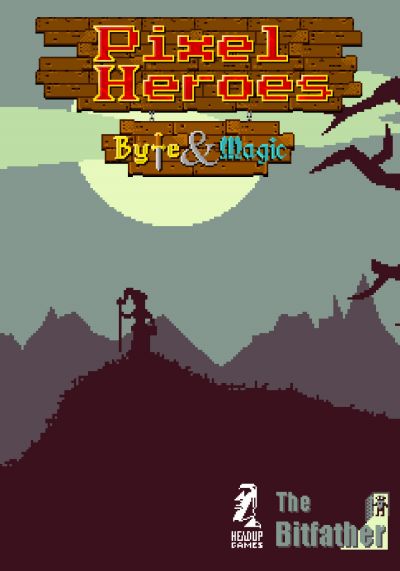 Thank you Headup Games for sending us a review code!

Pixel Heroes: Byte & Magic was launched on PC and mobile platforms in 2015 and came out to the Xbox and PS4 in 2017. For some reason, I’m not sure why, the PlayStation 4 version is $5 more than the Xbox one. Both the Xbox and PC versions retail for $9.99. The cheapest way to play this title in on mobile devices for $6.99. No matter what version you play, they all have pixel-styled visuals and chiptune background music. Though the presentation isn’t remarkable, the humor within is quite entertaining.

There are three campaigns and you can’t unlock the latter two until the previous one is completed. The first campaign was plenty challenging and surviving a dungeon and returning back to town was enough of an accomplishment for me. There are fifty-five achievements available and many of them are unlocked for defeating particular bosses. There are thirteen dungeons to explore and each campaign has a unique final dungeon and boss.

The story in the first campaign is about a strange cult called The Sons of Dawn and the townsfolk want you to put an end to them once and for all.  Your first task is to assemble your party of three adventurers at the tavern.  There are plenty of heroes in the bar to have a peek at their stats and hire them if you like what you see.  A nice mix of melee, ranged, and healer works pretty well.   You won’t start off with much gold so I recommend picking up healing potions at the temple instead of equipment at the blacksmith.

You won’t be able to leave town until you accept a quest from a townsperson. In case you’re wondering who to talk to, look for a person with a yellow exclamation point above their head. If you’re wondering how the exclamation point got there, there’s a vendor in town that sells them to villagers in need of assistance. I recommend talking to all of the NPCs as their dialogue is pretty funny.

Once you accept a quest and stock up on potions, it’s time to head to a dungeon. Along the way you’ll meet some silly characters and will have a choice on how to interact with them. The options are typically to ignore, attack, or join them in their activity. If you bump into a cult member you can safely attack them as they’ll do so anyway after you hear them out.

When you enter a dungeon, you won’t be able to leave unless it’s to the cemetery or back to town after defeating the boss. If you run out of potions halfway through the dungeon, your party is pretty much done for and you’ll get to see their stats immortalized in the cemetery menu option. This game takes pride in its permadeath feature and has achievements for losing lots of party members. If a surviving party member makes it back to town, the deceased members can be resurrected at the temple for a hefty price.

The dungeons consist of several rooms, which must be cleared before confronting its boss. Sometimes a room will have a test of skill that can reap rewards if a party member can bypass it. Other options including smashing your way through or ignoring it completely. Most of the time, there will be a group of enemies itching for a battle. 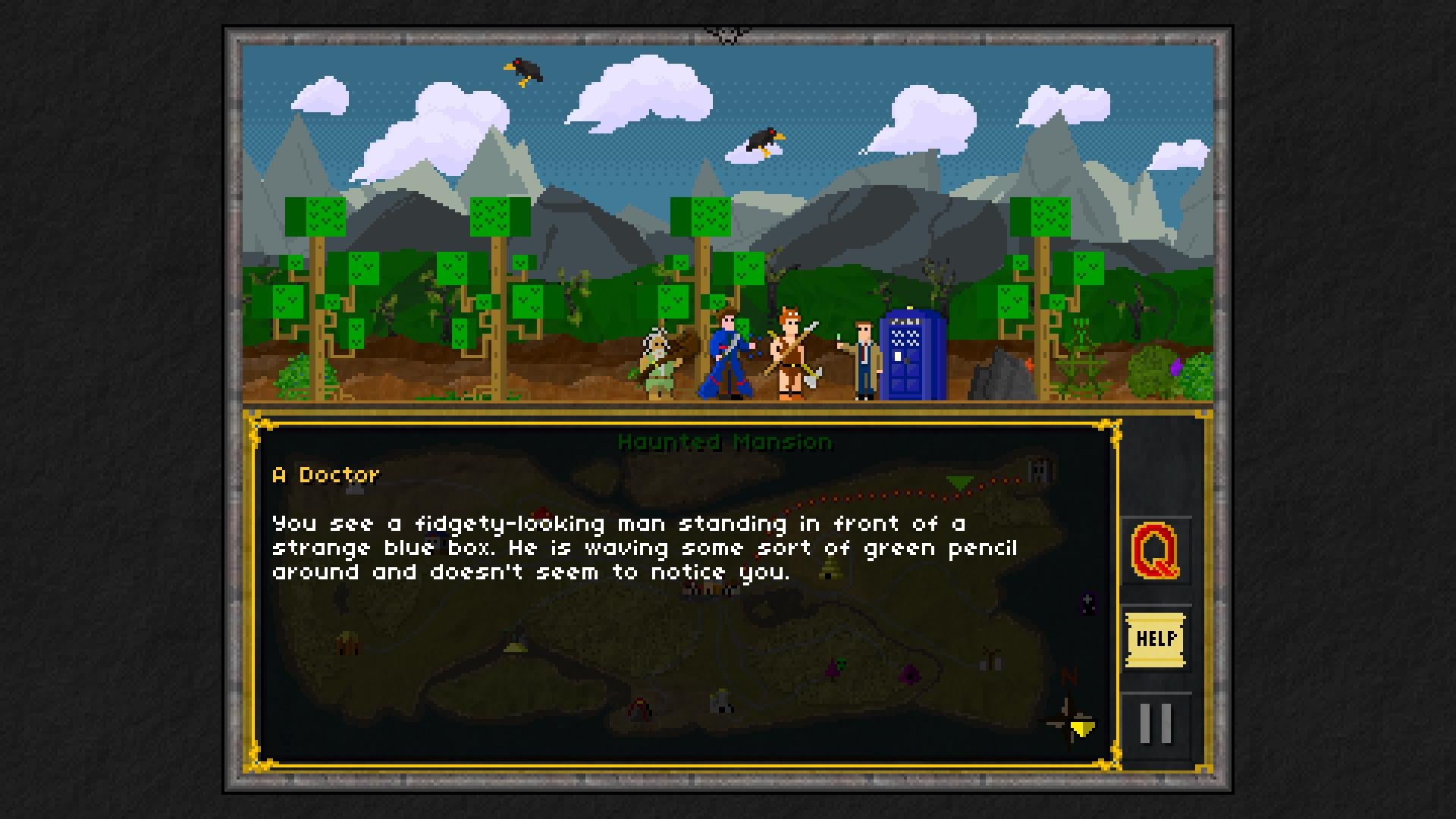 Unfortunately, the battle system is where this game falls flat. It’s tough as nails and frequently cheap with how often the status ailments are inflicted and stacked on top of each other. While you can be immune to a couple of ailments, there are several you won’t be safe from. In battle you can use skills and weapons, but not items. Between battles you can drink potions, change equipment, and assign skills points if your party members leveled up.

While it’s not a pentacle or a pentagram, the character skill points are in a five-pointed star diagram. You can assign points to life, strength, dexterity, faith, and intellect. Some of the items you equip can add or subtract from these stats so be sure to pay attention to what you’re wearing. The number of items you can carry is limited so be prepared to discard many of them. The interface is a bit confusing at times and the simple task of throwing items away is harder than it needs to be.

Pixel Heroes: Byte & Magic has an old-school feel to it with the pixel visuals and chiptunes music. The aesthetics are a bit underwhelming, but the silly dialogue makes up for that. Unfortunately, the dialogue is the source of some moral concerns. There is some language ('h*ll', 'd*mn', '*ss') and sexual references like “nut shot!” when fighting foes. Magic and necromancy are commonplace. When talking to the temple priest, you’ll learn that the townspeople have discarded their elder gods in favor of worshiping love and understanding instead. Last but not least, the town has drinking and gambling establishments.

In short spurts, Pixel Heroes: Byte & Magic can be fun. I just don’t recommend getting too attached to your heroes. It’s way too easy to lose them. If you see this game on sale it’s worth checking out if you enjoy games with permadeath.