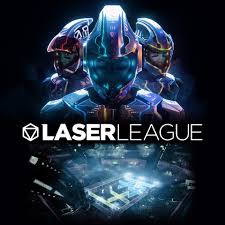 Thank you 505 Games for sending us a review code!

Laser League is a futuristic sports game where teams from 1-4 players set up lasers that are only deadly to the opposing team and try to avoid enemy attacks and lasers. Downed players can be quickly revived as a teammate walks over them. When an entire team is wiped out, a point is awarded to the surviving team. The first team to three points wins the round and there are up to three rounds to determine a victor.

There are over twenty-six maps that are located throughout the world and each one offers different teams and challenging laser patterns. Not only do you have to focus on the amount of lethal lasers, but their movement patterns too! The team with the most lasers on the map have the obvious advantage, but there are powerful power-ups that can turn the tables. The Switch Color power-up changes the color of all of the activated laser beams. The moving laser beams can also be sped up and have their movement reversed. Traveling through walls is possible and required if you happen to find yourself pinned down by an oncoming laser beam.

Strong Points: Fun and frantic team-based game
Weak Points: Nobody to play against online; DLC available; experienced a network error that dropped me from a match against AI players
Moral Warnings: Non-deadly violence

Lasers are not the only things to worry about. Each player can customize their attack from shocks that stun to blades that KO on contact. There are also shields that can bash and snipers that can attack from a distance. Each of the attacks have to be charged but before it can be activated and how long it takes to charge depends on what modifiers a player is equipping. Along with charge speed modifiers there are ones that extend the attack radius.

As you complete online battles, you’ll earn experience and can unlock further customizations to your player’s outfit and appearance. In the beginning you’ll only have two outfit options and a few faces to choose from. The color of your team depends on which map you’ll be playing on.

I highly recommend playing though through the tutorial to learn how to play, attack, and use power-ups. Once the tutorial is completed, you’ll be pitted against AI players to put your newly acquired skills to use. Unfortunately, AI players are all that’s available these days unless you have friends or family to play with nearby. The lack of multiplayer seems to be consistent for all platforms. On a positive note, the AI is pretty competent and can be set to easy, medium, and hard difficulty levels. 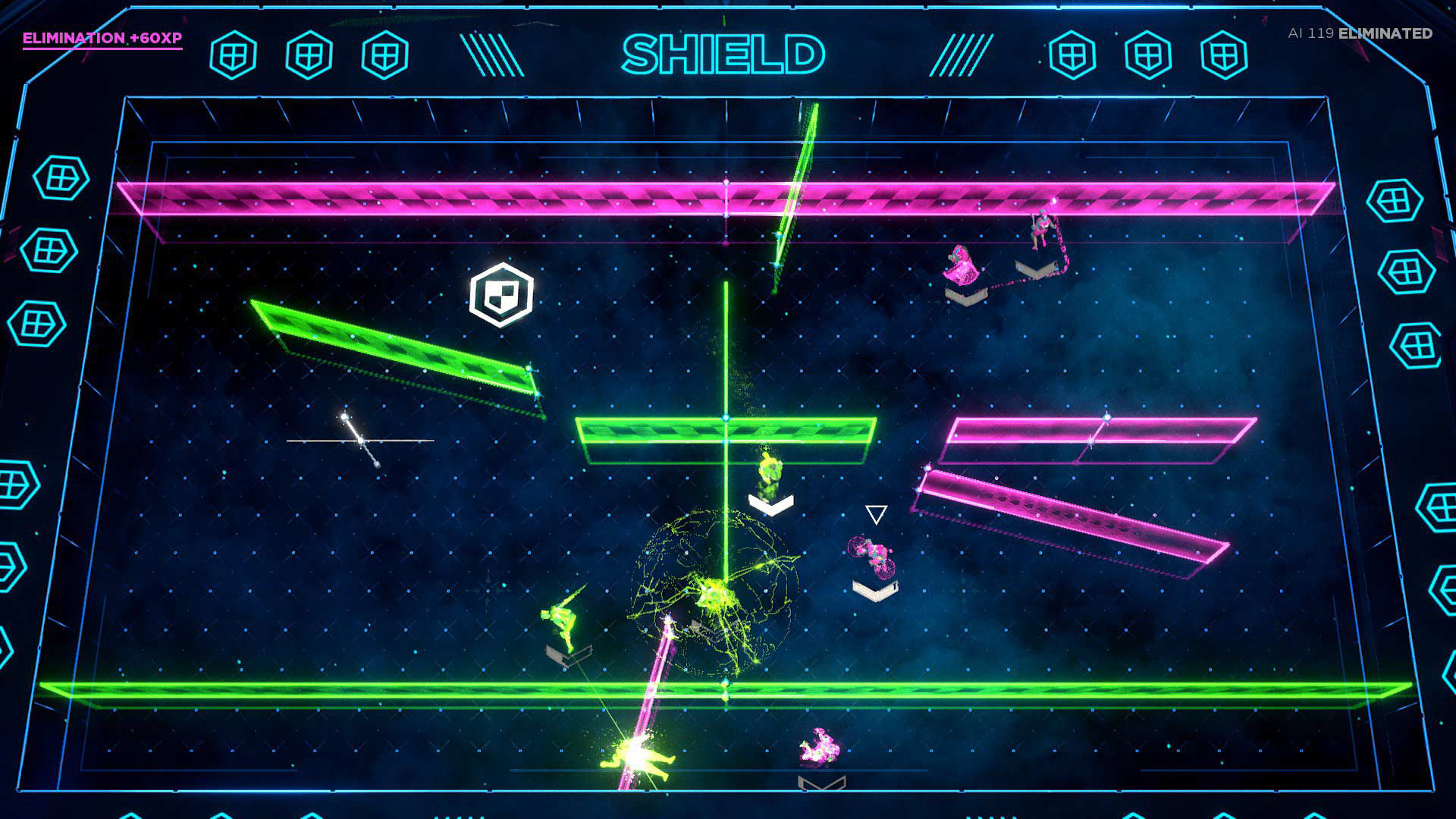 For the most part, this game ran really well for me. However, in an online match against three AI players my game crashed to the menu due to a network error. I didn’t have any trouble playing local matches against AI players though you only seem to get experience from online ones. I like how the game will have you play against AI bots if there are no humans to play with.

The visuals are futuristic and the laser outlines remind me of the Tron movies. The predefined team colors are not good for those with colorblindness. If that’s an issue, you may want to give this game a pass.

The electronic background music is fitting and not too distracting. The announcers and audience sound believable too.

Since players can be revived by teammates the melee and laser damage must not be lethal. This game is suitable for younger audiences as it’s not overly violent and there is no blood.

With the rise of Esports, I can imagine this title being a great fit for that audience or LAN parties. If the multiplayer is any indication, this well-polished game doesn’t seem to have the lasting power to keep it relevant. In the end, Laser League is undeniably fun, but if you’re looking for online multiplayer, you’ll need to look elsewhere. If local multiplayer is enough you'll have lots of fun with this one. Our kids and their friends have enjoyed it quite bit.