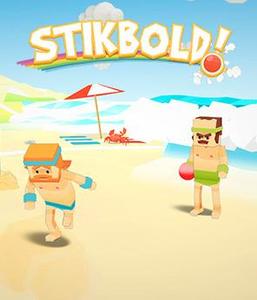 Björn and Jerome are professional dodgeball players and their coach is upset with them for getting second place last year.  That silver trophy stands out from the many gold ones, and it infuriates the coach just looking at it.  The next tournament is coming up real fast and instead of practicing for it, Björn and Jerome run off to save their love interest, Heidi, who was kidnapped by the devil.

Their dodgeball skills will come in handy when fighting against hippies, whale activists, skeletons, life guards, and the devil.   The story mode can support two player local co-op or one player with the CPU.  I got as far as the second form of the final boss battle before I longed for a human to play alongside of me.    Sadly, there is no online multiplayer but up to four local players can play in teams for free for all. 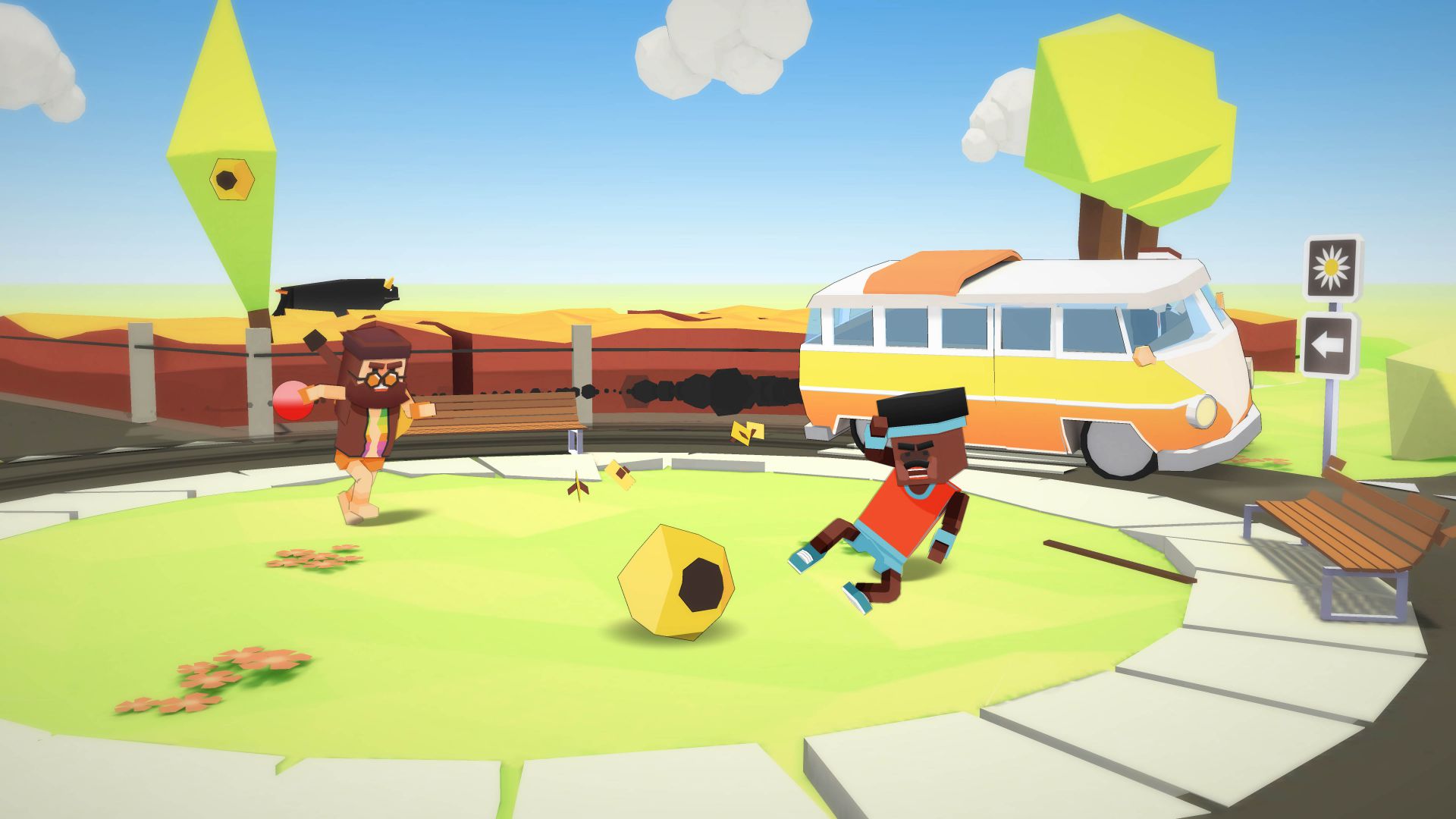 The story mode has twelve levels and three difficulties: Casual, Professional, and All Star.  The All Star mode needs to be unlocked before enjoying it.  Both the Professional and All Star modes have tougher enemies, but the All Star difficulty does not allow you to revive your teammate!  For each completed level a new character becomes unlocked for the Quick Match modes.  There are no stats to worry about so the new players are for appearance only.

Besides the dodgeball battles, some of the levels have challenges or boss battles to win.  No matter what kind of level it is, expect some wackiness and environmental challenges.  For example, the beach challenge has you protecting a whale float toy from waves of life guards trying to take it away from you.  Besides pelting life guards with jellyfish, you have to contend with crabs that will pinch and slow your character down.

This 3D adventure takes place in the '70s and there are some honey collecting hippies that will get in the way of rescuing Heidi.  Not only do you have to deal with the hippies, but you’ll have to watch out for their VW bus and pelt it with mushrooms.   In these levels you can also throw beehives at the hippies to slow them down. 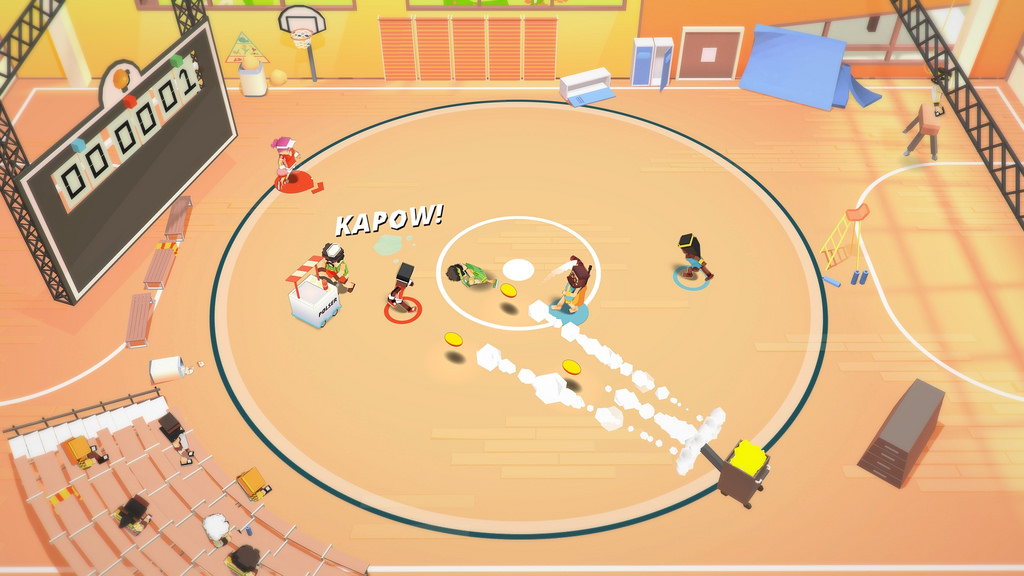 The graphics are very colorful and the people in this game are very block like and look similar to Minecraft players.  Unlike Minecraft, Stikbold! A Dodgeball Adventure uses spheres as the dodgeball and other objects are round.  The levels often have environmental hazards as well as helpers.  For example, on the oil rig battle you can push the captain and the whale activists off of the ledge.

Not surprisingly, the background music fits the '70s theme.  The Norwegian voice acting is decent and I can only assume is purposely gibberish half of the time.  The subtitled dialogue is very helpful.

Other than dodgeball violence and challenging the devil himself to a game, this title is relatively clean.  The word d*mn is used infrequently though.   The rest of the dialogue is great and the devil’s line of “Tradition is for angels” made me laugh.

Stikbold! A Dodgeball Adventure is best enjoyed with friends, but the story campaign is still fun despite it being short.   While the harder difficulties add to the replay value, the quick matches are where the action is at.  It’s a shame that there is no online play though.  At least the price is a reasonable $9.99 on all platforms.  I recommend keeping an eye on it and snagging it when it goes on sale if you don’t mind sports violence and mild language.