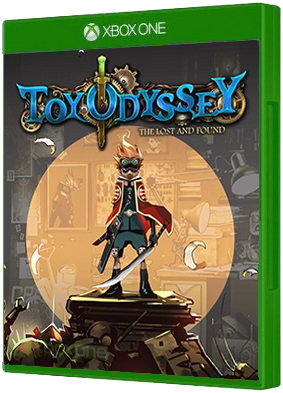 Thank you Digital Smash for sending us this game to review!

Young Felix and his family recently moved into a haunted mansion. Ever since then Felix has been getting nightmares and his favorite toy, Brand, would like to help stop them. Every night the house shifts its layout and Brand comes to life to embark on his various quests. At first, it’s just Brand, Pike, and a firefly working together, but other toys that have not become corrupted can be rescued and join Brand’s cause.

The base of operations is in Felix’s room and in there you’ll have access to a workbench for crafting weapons, and the ability to construct defenses as long as you have the necessary resources on hand. Whenever Brand ventures out of Felix’s room, the house’s configuration will be different. Brand can explore until he gets knocked out or return on his own and the game will advance another day.

Though the mansion’s layout and enemies reset every evening, any upgrades to Brand and his inventory are left alone. Occasionally, the base will be raided, and some of the supplies will be taken if there are no defensive measures in place. In order to build defenses you need to have the required materials on hand. Weapon upgrades require blueprints along with often hard to locate materials.

By defeating corrupted toys, slashing various beverage containers and opening chests, Brand will acquire bolts and other useful items. Many of the house rooms are locked and you’ll have to find keys in order to open them. There have been times where there were no keys and I could not progress any further and had to return back to base. Most of my exploration sprees were cut short by Brand getting knocked out.

Thankfully, Brand can be upgraded and given more health and passive abilities by spending bolts, the in-game currency. If you stumble upon a slot machine, you can gamble the bolts if you’re feeling lucky. Bolts are also required for upgrading weapons and creating defenses.

The rooms/levels have variety, but they don’t always flow together nicely. It’s not uncommon to open up a door and walk into an enemy or have them fall onto you from above unexpectedly. To make matters worse, Brand often changes direction after an attack and sustains unnecessary damage as a result. Some of the platforms or ledges in the levels are inaccessible which further adds to the frustration. 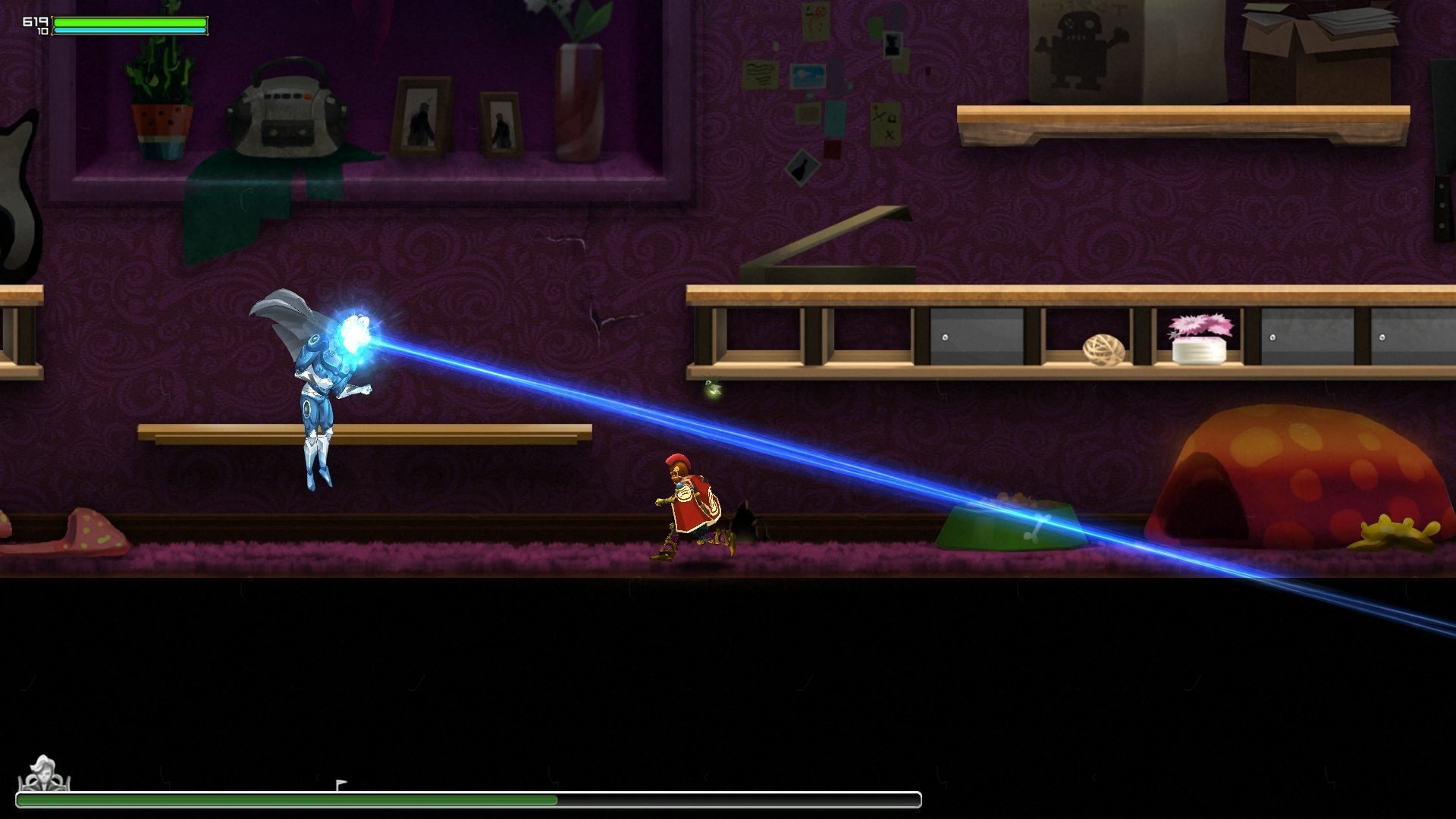 Sometimes a challenge will appear in a room and if you can complete it, you’ll get some good loot. The challenges include finding the treasure chest or turning on all of the light switches before the time runs out. Another challenge was to not attack any foes in that room. Some areas will have a power stabilizer that will illuminate a few of the adjacent rooms if activated. Teleporting between some rooms is possible if you can find and clear out rat holes.

Aside from rats, you’ll also encounter roaches, slimes that multiply and get smaller when defeated, books, paper airplanes, and various hostile toys and UFOs. Some of the toys like ninjas have ranged attacks. Brand has a melee and a ranged attack but the latter is limited.
The creepy atmosphere is well depicted with the dark and gloomy rooms and eerie background noises. Some of the movement noises got a little repetitive after a while. The voice acting is well done though.

In the end, Toy Odyssey: The Lost and Found is okay, but could have been much better with improved controls, enemy placement, and level design. This title is free to play on mobile devices (with in-app purchases). I recommend checking it out there or waiting for a good sale before buying it. There are better and cheaper Metroidvania style games out there.