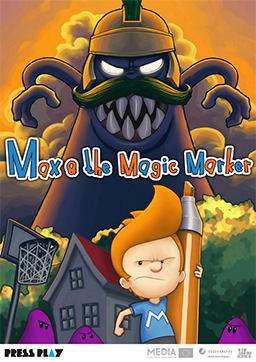 Like many platformer games there are ledges to jump on and pits to jump over. What sets this game apart is that you can use the magic marker to draw objects to help you get past the obstacles blocking your path. The objects you draw will not come to life but will obey the laws of physics. For example if there’s a wide gap, you can draw a floor over it and walk across. If the cliff is too high, you can draw stairs to get up to it.

In order for your marker to work, you have to collect ink balls to fill it. When you’re done with a drawing you can right click on it again to get your ink back. There are other collectible balls that will allow you to unlock new features in the game. There are achievements for completing levels before a set time but there are no penalties to being thorough and taking as much time as you need.

The levels have checkpoints which is where you will re-spawn if you meet your demise. Typically your nemesis empties your marker for you at each checkpoint. Unfortunately, this is unavoidable and there isn’t anything you can do about it, except to collect more ink balls. One handy feature in this game is that you can freeze time by pressing the space bar. You can draw while time is standing still and this can often save your life. 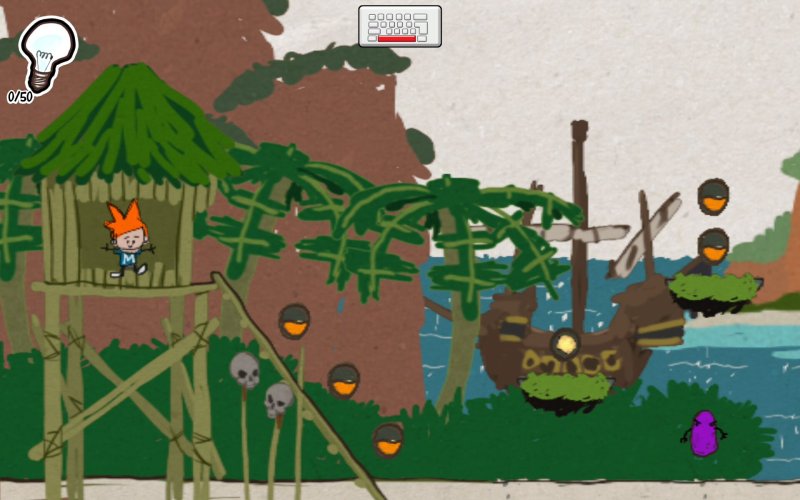 Max and the Magic marker is a relatively short game with only fifteen levels. The only replayability is to beat your score and to try and collect and unlock everything. There are three worlds with five levels each. The puzzles get gradually harder and the last world has some nasty time attack levels where you have to climb up to safety before for the area gets filled up with goo or outrun a gun gear rolling down a hill and so on. The last boss is relatively easy compared to the obstacles taken to get to him. After you beat the game, you are given a code to use to download the soundtrack for free.

The music is pleasant to listen to and fits the levels perfectly. The sound effects are similar to those found in cartoons and sound great. You’ll hear vacuum noises when your marker is refilling, the ball collecting noise is great and the volcano and canon firing noises fit nicely. Max doesn’t say much but you’ll hear his nemesis laughing every time he sucks your marker dry.

Graphically this game has a unique look and feel to it. When you pause the game it looks like it was hand drawn by a child. As you’re playing it has a cartoon feel to it. The monsters are purple blobs so they’re not incredibly detailed, but they are well animated and often put on helmets to prevent being injured by your drawings falling on them. 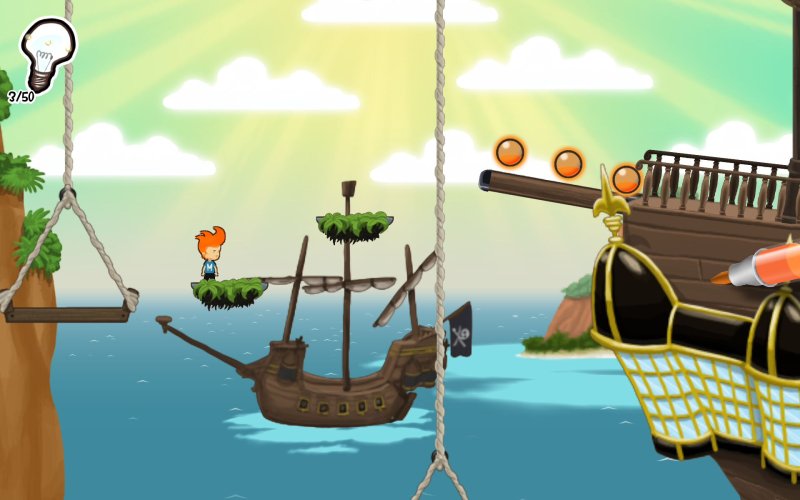 This is a relatively clean game and the violence is cartoon style. To defeat your enemies you have to drop a drawing on them, whether it’s a straight line or a ball, you draw it above them and left gravity take care of the rest.

This game is pretty stable and I only have a couple of gripes. The physics are really good and definitely work for this game. Sometimes it is possible to get stuck and the hooks were a bit of a pain to work with. I didn’t experience any lock-ups but my game did close and bring me back to my desktop once.

The retail price of Max and the Magic Marker is $20. It’s a bit high for roughly four hours of game play. It is a super fun game and there is a demo available if you want to check it out. If you find this game on sale, I highly recommend buying it.