This is a game with a very simple premise, as you\'d expect: Bob is an alien flying around in his space ship, and he’s running late for work. With Murphy’s Law still intact on this alien world, his ship breaks apart and all of the pieces land on an unfamiliar planet. Bob must get his ship back together and head to work.

Bob Came In Pieces is a 3D physics based puzzle game. The main game offers fourteen levels with additional levels and six more available after you patch the software to version 1.4. In the campaign, each level has five pieces of your ship waiting for you. Although finding the pieces are optional, it’s really in your best interest to collect all of them since they will help you solve the puzzles in the game.

Each level has a new theme or is geared toward teaching you how to solve a certain puzzle. For example, some levels will focus on burning things and others will focus on pushing or pulling objects around that are blocking the pieces of your ship. The earlier puzzles are reused in the later levels in addition to new puzzles.

Moving your ship around the levels is pretty straight forward. The arrow keys are the default controls, and there are check points where you can re-configure your ship and re-bind the keys. You can test drive your ship before you leave the work shop. Chances are that you’ll get stuck and when you do, hitting the enter key will take you to the last checkpoint/workshop. There are many checkpoints scattered through the levels, thankfully, and they serve as a quicksave. If you resume a level you’ll have to start from the beginning but the pieces you have collected so far in that level will still be in your possession. 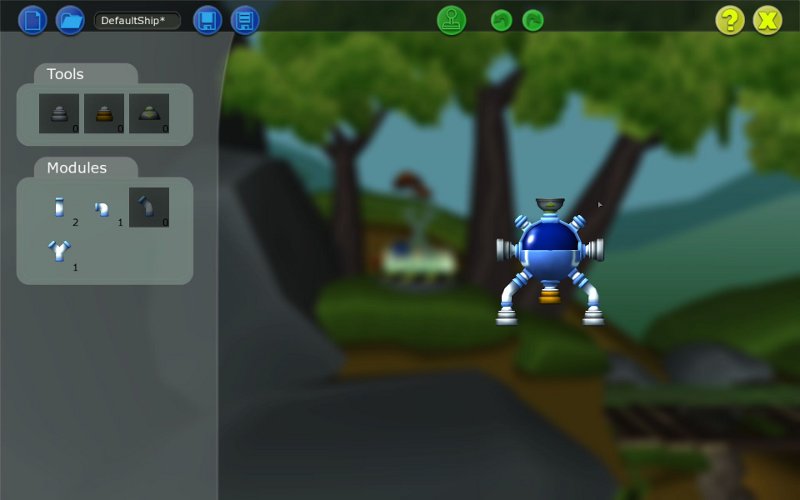 Since this is a game involving physics, it should come as no surprise that many of the puzzles require you to manipulate various objects to recover your ship parts. Fortunately the physics in this game are very good and are very easy to work with. You’ll be pushing, pulling, picking up and dropping items into various places, but the controls are not a hindrance unlike in some other games.

Monkeying with the physics system won\'t solve all the puzzles, however, and you’ll have to redesign your ship to help you reach certain items. Changing your ship moves the center of gravity and also affects the weight and the balance, so be sure you have a handle on the new characteristics of your ship before flying into dangerous places.

The developers did a wonderful job with the various colors and animations in the game. The cheery maps and the level of detail reminds me of some old Gamecube games. They’re not cutting edge, but they\'re very pretty and pleasant to look at. 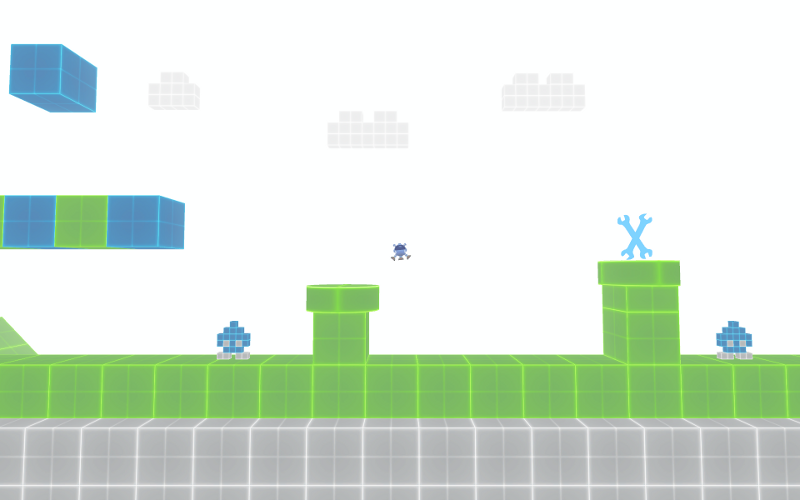 The sound effects are great, especially when you start smashing blocks. The background music is also very nice. No loud heavy metal here.

As I mentioned earlier there are some patches available for this game. I spent most of my time playing version 1.3. It had a few bugs that I noticed. I lost my most recent save and had to replay a level a couple of times. Hopefully the most recent patch has resolved this.

Bob Came in Pieces is a single player game, no coop or online multiplayer is available. You can earn awards for beating levels under a certain time, which adds a little replay value.

Should you get stuck, there are some walkthroughs and gameplay videos online that should get you unstuck.

The price tag of $9.99 is very reasonable and I highly recommend checking this game out. It has already been on sale a few times for about $5 and there is a demo available. There are no appropriateness issues to be reported and I would recommend this game to anyone who enjoys platformers, puzzles, physics, and spaceships. It’s easy enough for kids to enjoy and challenging enough to stump adults.