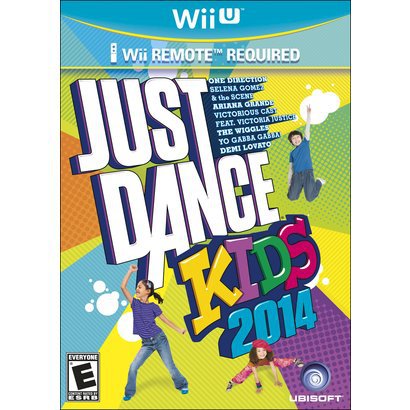 While we're no strangers to the Just Dance series, this is our first time playing a kids version of the game.  After being exposed to the track list of Just Dance 2014, a kid's version was sorely needed.  Sadly, the Just Dance Kids 2014 version is a bit lack luster in features and pales in comparison to the regular version.  I miss the store and the ability to add (family friendly) songs to the game.  If songs like Ghostbusters and 99 Luftballons from the main game were available for purchase, I would have bought them in a heartbeat.

The built in track list of roughly thirty songs is decent and offers a few songs for all age groups.  Toddlers will enjoy groovings to songs like "Mary Had A Little Lamb", "Hickory Dickory Dock" and  "Skip To My Lou" .  Slightly older kids will enjoy "Getting Ready to Wiggle" from the Wiggles and "The Freeze Game" from Yo Gabba Gabba.   Some recent songs like "One Thing" by One Direction and Selena Gomez's "Hit The Lights" make an appearance as well. As a parent I enjoyed some of the oldies like "Walking on Sunshine", "Hit Me With Your Best Shot" and "Footloose" .  We all enjoyed "Day-O", The Fraggle Rock theme and "I Like To Move It". 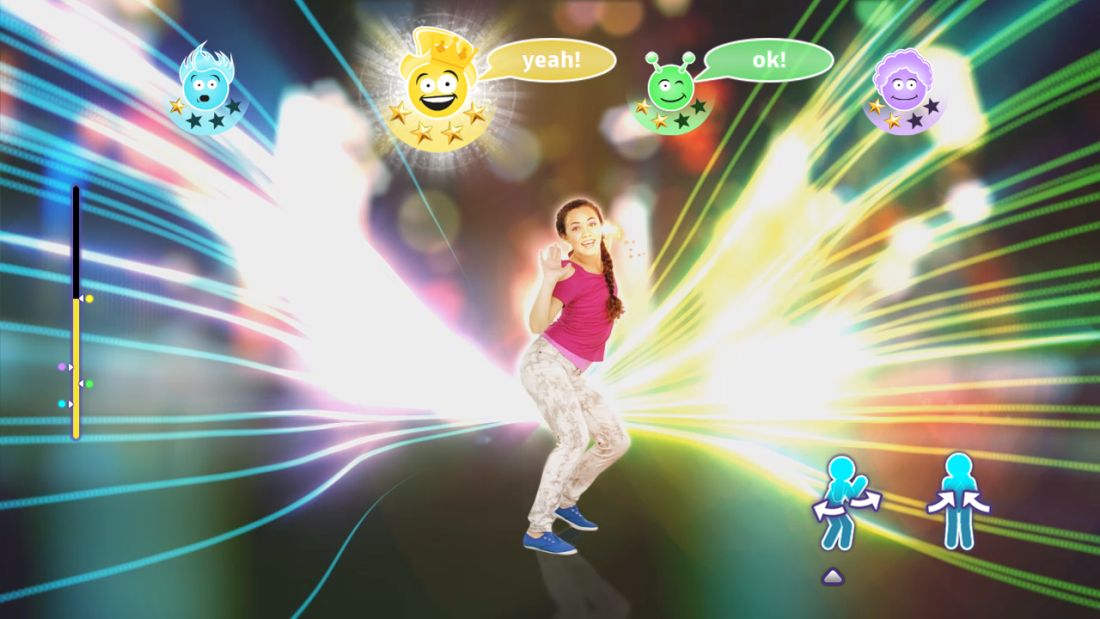 There are three game modes including the standard Just Dance mode.  The Freeze & Shake mode has the dancers intermittently stopping and shaking the Wii remote throughout the song.  It's a neat concept, but non-readers may not pick up on it.  The last mode is Team High Score where all of the dancers must work together instead of competing against one another.

The Wii U version supports up to five players and the person holding the GamePad can be a conductor and change dance styles for the player in the Just Dance mode.  For example, they can tell the dancers to dance as zombies or chickens and boost their score as they see fit.  My kids found this feature more entertaining than actually dancing to the songs.

Many of the songs are cover versions and sound decent enough.  I like how most of the dancers are actual kids and some of them wear funny costumes which caused my kids to giggle.  Other dancers are clearly adolescents and since these dancers are not whited out like the regular Just Dance games, you get to see details like armpit hair. 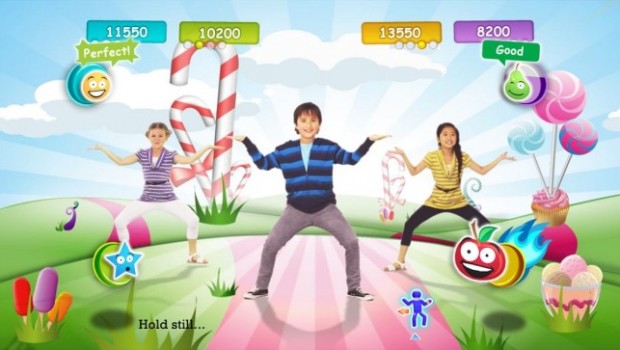 The game's menu is easy to navigate and has two categories, Dance and Parents Section.  The Parents section shows details like when and how long the game was played, song play count, calories burned, achievements earned, and player scores (rather useless since player names are not recorded).  Parents can also enable or disable options like the tracking and song lyrics.

The Dance section lets your kids dance to songs, playlists or in nonstop shuffle sessions. You can work with built in playlists or build your own.  Each song is rated by difficulty and energy.  Unfortunately, there is no in song calorie counter so you'll have to assume that the harder the song is, the more of a workout you'll get.

My kids had fun playing this game, but the songs within their age group were a bit sparse.  The regular just Dance 2014 had more songs they liked but it also had some songs I didn't want them hearing or reading the lyrics of.  Just Dance 2014 Kids is a good compromise, but could have been better if the track list could be expanded via store and DLC purchases.   I can't complain about the price since it is $10 cheaper than the regular version.