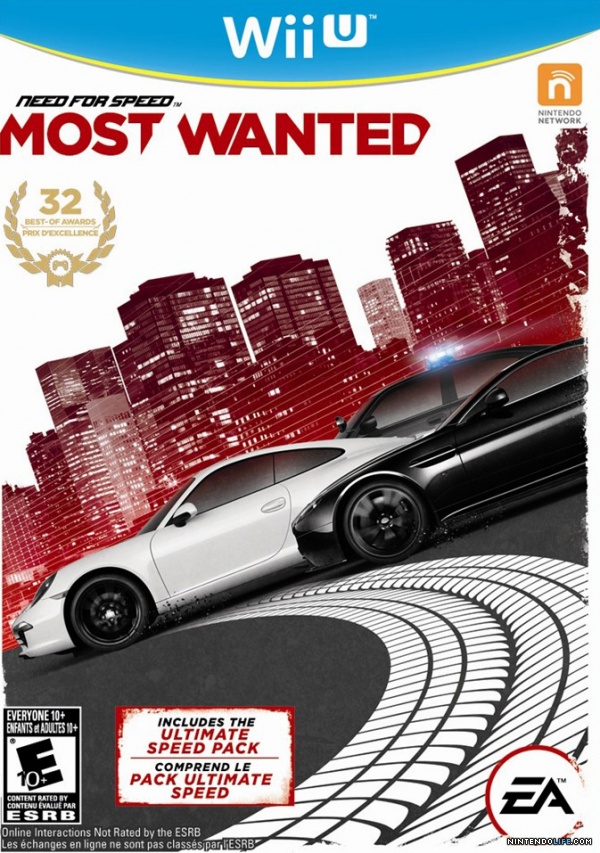 In the massive (and fictional) city of Fairhaven reside ten notorious and most wanted drivers.  Your goal in this game is to take each one of them down a notch and to become the fiercest driver the city has ever known.   To eliminate your competition, you must challenge them to a race, win, and then destroy their wheels to claim the car as your own.  While these races are challenging, they are rewarding and completely optional.

In order to earn the right to challenge a racer, you must collect speed points to build up your reputation as a contender for the most wanted driver.  Earning points can be done by zipping past speed cameras, destroying billboards or security gates, or getting pursued by and evading police. Evading the police is much easier when driving a fancy sports car equipped with Nitrous, but some of my best pursuits were done in a no frills Ford Focus.

The police AI isn't that difficult to outsmart, but they do have some tricks up their sleeves.  They will team up and deploy road blocks, tire strips and will ultimately smash you into walls or buildings to take you down.     I find it humorous that if you're caught you only get your wrist slapped. 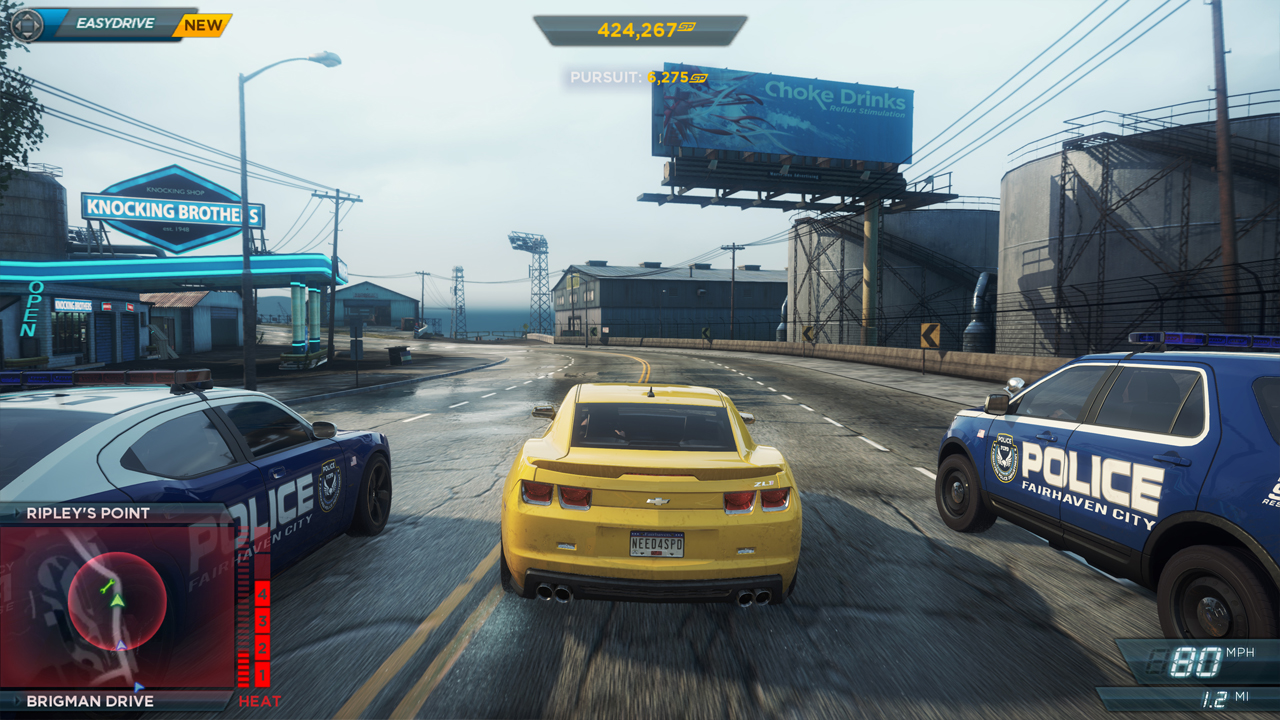 Strong Points: Open world racing with lots of awesome cars waiting for you to find and drive them
Weak Points: Laggy when playing solely on the GamePad
Moral Warnings: You're encouraged to speed and destroy billboards and security fences

The Wii U version has many unique features like the ability to turn the traffic on/off and to change the time of day via the GamePad.  The game is also playable on the GamePad without the need for a TV.    The only downside to playing it off of the pad is that the farther away from the system you are, the laggier it gets.  Lastly, the Wii U version comes bundled with the Ultimate Speed Pack DLC.

The Ultimate Speed Pack includes the following cars: Pagoni Zonda, McLaren F1 LM, Lamborghini Aventador J, Hennessey  Venom GT Spyder and the Bugatti Veyron Grand Sport Vitesse.  Besides these awesome cars, there are twenty-five new races/speed runs added to the game.  All in all there are 123 cars (jackpots) scattered across the game world just waiting for you to find them and drive them away.  I know this game is classified as a racing game, but I think it could qualify as a fantasy game as well given that the cars are available free of charge, and lenient cops let you go if you get busted.

Every car drives, sounds, and feels different from the next one.  The background music ranges from electronica to hip-hop and some songs from The Who.  I was surprised to find music my dad listens to in this game!  If you don't like a song, you can change the track with a press of a button.  While I like using the GamePad as a steering wheel, I wish there was an option to adjust the sensitivity as it seems to overreact at times. 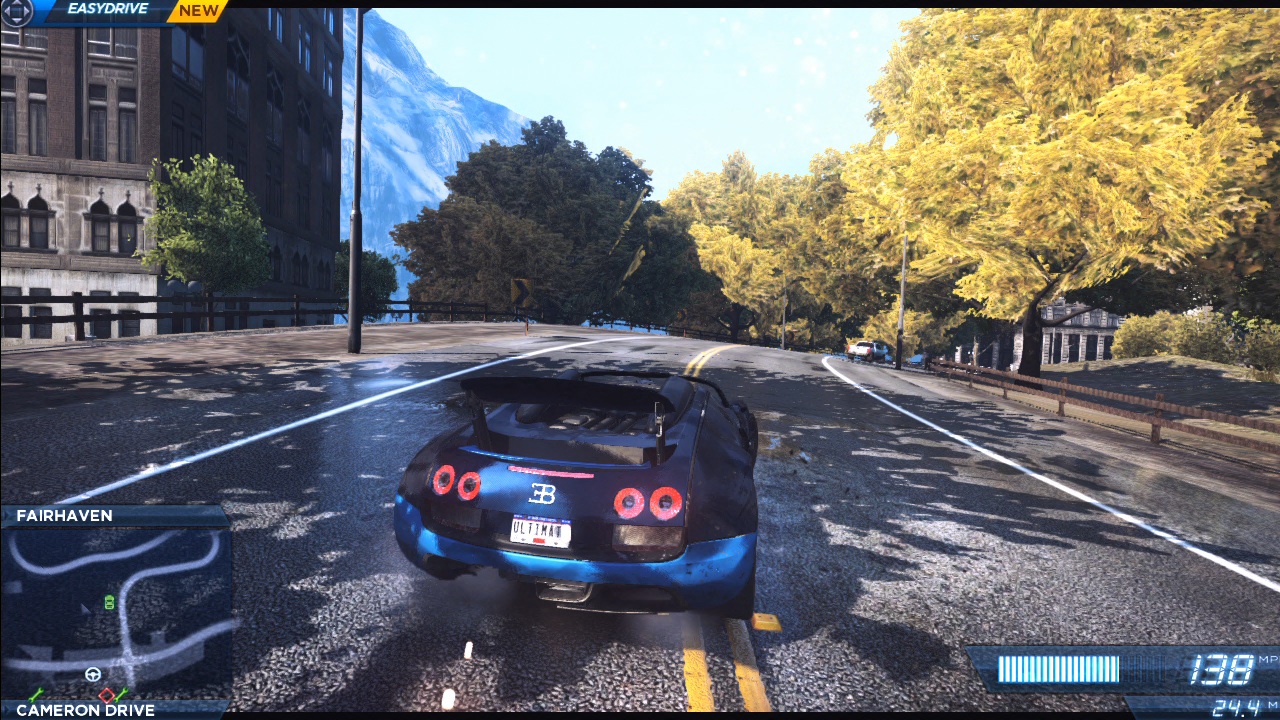 The graphics are stunning and definitely shows off what the Wii U can do from its predecessor.  The cars look fantastic and the slick streets and environment look realistic.  The physics on the other hand are the opposite as your car remains completely drivable no matter how many times you bump into other cars and scrape against things.  High speed collisions will slow you down (in races) and reset you (in perfect health) and your car to a nearby spot.  (Wouldn't this be awesome in real life?!)

No matter how bad the impact, you won't see any blood.  As the title suggests, the goal in this game is to drive fast and give little regard to the other drivers and police officers.   I have played this game in front of my kids and they enjoy watching and playing it as well.  It's funny to hear them say "Let's pretend we're playing Need for Speed" when I'm driving in real life....

If you have a lead foot in real life or just like pretending to have one, this is a great addition to your Wii U library.  I have seen it for less than twenty dollars and think it's worth every penny.  It's a great pick up and play game that can be as competitive or relaxing as you like it to be.  Just don't let it affect your real life driving. :)