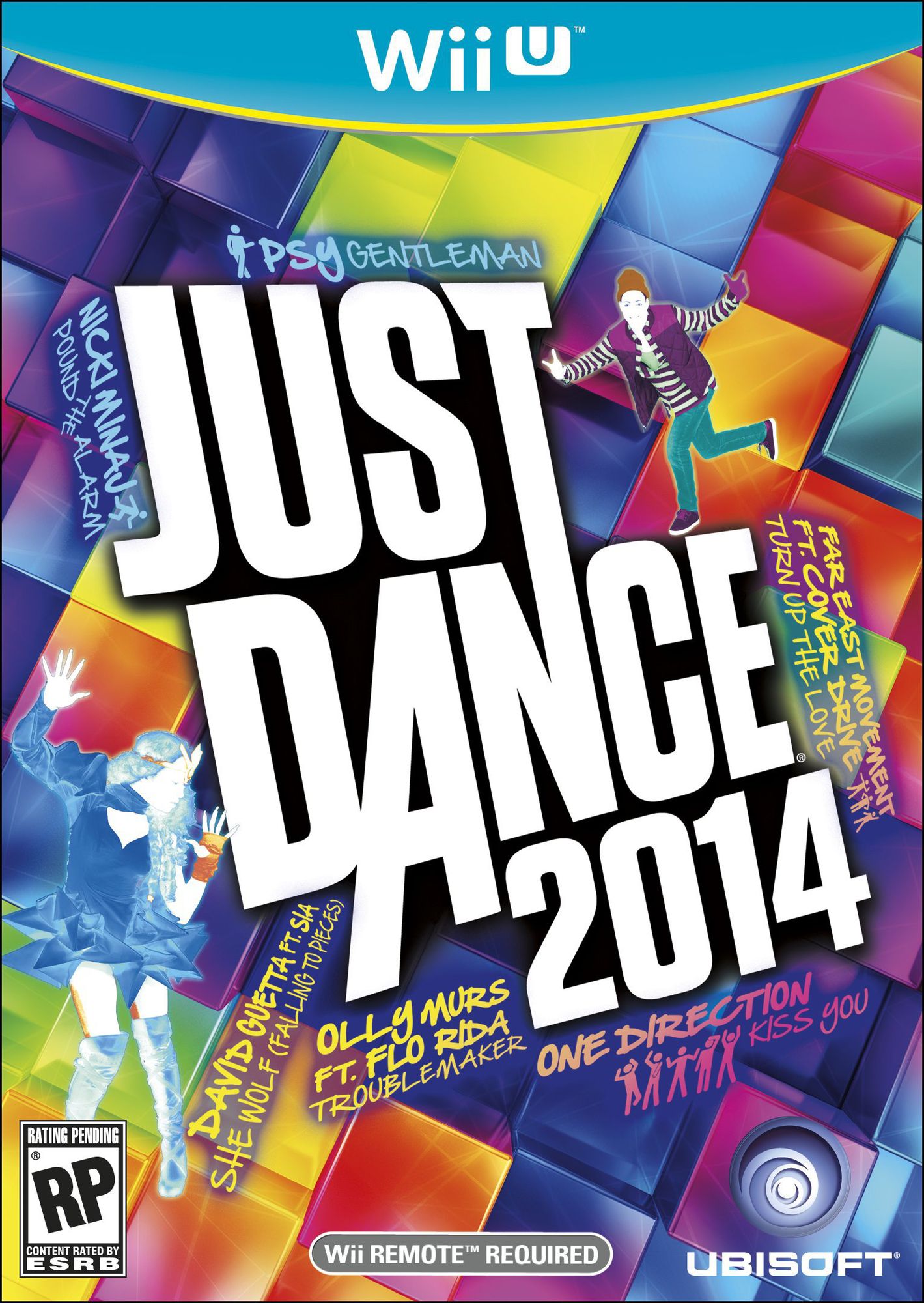 After trying Just Dance 3 on our Wii, I was a little shy but willing to try the new 2014 version for the Wii U.  Thankfully the dance moves have improved a bit, but I'd still stop what I was doing if someone walked in on me playing this game.  On top of dancing, you can sing as well and get bonus points by using the Wii U gamepad as a microphone.

Holding the Gamepad to sing and using the Wii remote in the other hand could be a bit clunky, so I just set the gamepad on the speaker.  I'm not sure how much it affected my singing score by masking my voice with the original artist's.  Since I managed to get some OK's instead of perfects all of the time, I think it managed to pick up my voice just fine. 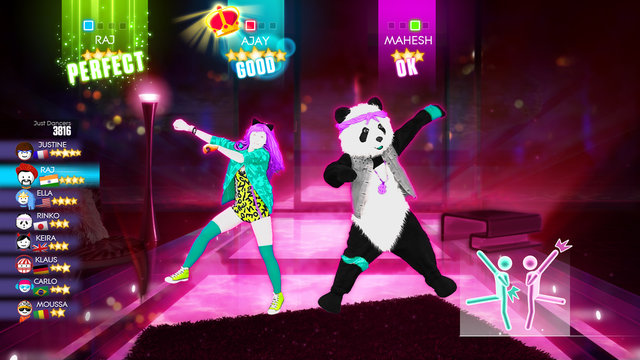 Strong Points: Strong song list with many popular artists and tracks.
Weak Points: Some awkward dance moves including some sexual gestures.
Moral Warnings:  Lots of sexual and drinking references in the songs.  I'm honestly surprised that this game is only E10+ since many of the song lyrics are more than mildly suggestive.

Depending on how well you mimic the onscreen character, you can earn up to five stars per song.  You will also be rewarded points for participating in the karaoke portion.  You can use these points to unlock new song modes and avatars.  The game is bundled with forty-eight songs and other than the free Katie Perry song "Roar", you'll have to pony up $2-$3 per song and 500MB of space apiece.  Those of you with basic edition Wii U's may want to consider the space needed before buying every song available.

The song list has quite a variety from every decade from the 1950s to 2013.  Many popular artists are featured including Lady Gaga (it's about time her Just Dance song made it into this series!), Daft Punk, PSY, Rihanna, Ke$ha, Chris Brown, Pitbull, and plenty more.  Some popular older songs like "YMCA", "I Will Survive", "Ghost Busters",  "Gimme Gimme, Gimme", and "In The Summertime" are included as well.  Some songs I was surprised to see include the "Loveboat" theme, Disney's "Prince Ali", Bob Marley's "Could You Be Loved", 5th Dimension's "Aquarius", and Louis Prima's "Just a Gigalo".

"Just a Gigalo" is one of the tamer sexually suggestive songs in the game.  Other songs like Daft Punk's "Get Lucky", Jason Derulo's "The Other Side",  One Directions's "Kiss You", PSY's "Gentleman" and Katy Perry's "I Kissed A Girl" are pretty forthcoming with their intended messages.  It's one thing to hear the songs, but another to see the raunchy lyrics and get scored for singing them. 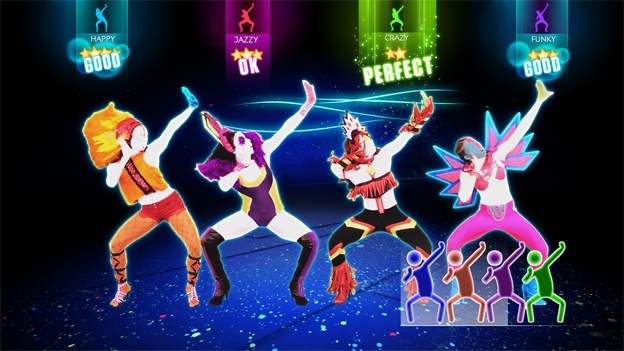 Just Dance 2014 can be a great learning tool for learning different languages like German (99 Luft Balloons), Spanish (Limbo) and Korean.  Now granted, most of PSY's "Gentleman" song is Korean, but some of the English lyrics remain.  Thankfully the swearing has been removed from the lyrics so your kids don't have to read or hear the words d*mn or b*tch (In Robin Thicke's "Blurred Lines").  I don't know why, but the word cherry was removed from the song "I Kissed A Girl".

If you played the previous Just Dance game, you'll see the same washed out art style of the dancers here.  Many of the songs have a mashup version that you can unlock and see characters from games past.  I enjoyed the Just Sweat mode of the game that kept track of how many calories I burned and even provided timed and pre-configured workout regimes.  Because of the songs and my audience, I played free style.

It's a shame that I can't play many of these songs in front of my kids.  While there are some songs that they like, I think I'll stick with the kid version of Just Dance in the future.  I doubt I'll be keeping this game in our library since we cannot play it as a family.  If you like these songs and don't have to worry about impressionable minds singing them, I recommend checking out this game.  The online interaction is a blast and it's fun to dance and compete with players across the world.  Every month they will be releasing a mashup or different versions of the included songs so there will be plenty of replay value to be had.