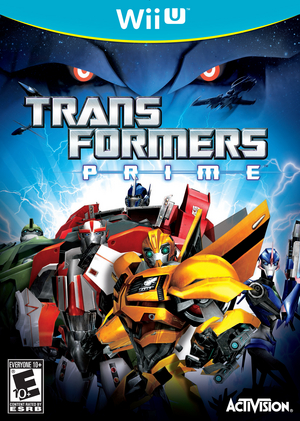 The story starts when Megatron (the antagonist) and his army of Decepticons try to obtain a meteor of Dark Energon, a material that can enhance a robot’s power or raise fallen robots from the dead. If Megatron gets the meteor, he will use the Dark Energon inside it to raise an army of undead robots. The heroes Optimus Prime and the Autobots must stop Megatron from retrieving this meteor. Unknown to both the Autobots and the Decepticons, a creature exists inside the meteor that will prove to be an even bigger danger than the Dark Energon. Unfortunately, the story isn’t as deep as the stories in the show and is a little too short. Even though it is rather simple, the story is good enough to keep you playing.

Transformers: Prime’s gameplay is a behind-the-back brawler. You try to get to the end of the level while fighting several enemies and collecting Energon shards. Though it may seem simple, you’re given different combos, the ability to shoot, the ability to transform, and upgraded attacks that can be activated after filling a meter. These additions make what should be repetitive gameplay very fun. My only real complaint with the gameplay would be that bosses are usually beaten the same way.

At certain points in the game, you’re forced to stay in vehicle mode. These points are indicated when a loading screen comes up and tells you the control changes. On the Wii U controller, you tilt the Wii U controller to turn, similar to a Wii Wheel, as opposed to the right analog stick. These changes felt very natural, and, being new to the Wii U’s controller, I was quite impressed with how well it worked.

Another surprising thing about the story mode is that it actually has good replay value. For completing certain tasks, you get emblems similar to PS3 trophies and Xbox 360 achievements. You also receive ranks (such as “A” or “B”) depending on how often you get hurt and how much Energon you get. Getting an “S” rank on levels can get you emblems or unlock characters for the multiplayer mode. Finally, there are artifacts hidden in the levels that unlock things such as character bios and artwork in the gallery.

The graphics in the game are pretty good. The backgrounds are incredibly detailed and look like they were ripped right out of the show. I can’t say the same thing for the character models. In gameplay, they look almost as good. However, in cinematics, they sometimes look a little edgy, and their faces don’t have enough facial expression. Characters like Optimus Prime who don’t have much personality have fine faces, but characters that have more personality don’t have enough expression. Also, some of the characters (particularly Optimus) look a bit rougher than they should. Even though the character models aren’t as smooth as they should be, the texturing of the robots is incredible. Like the show, light will reflect off their bodies as if they were actually made of metal. I wouldn’t have minded the edgy models so much if it wasn’t for the fact that I own the Wii U version. Being in HD, I would think that the characters would look a little smoother. 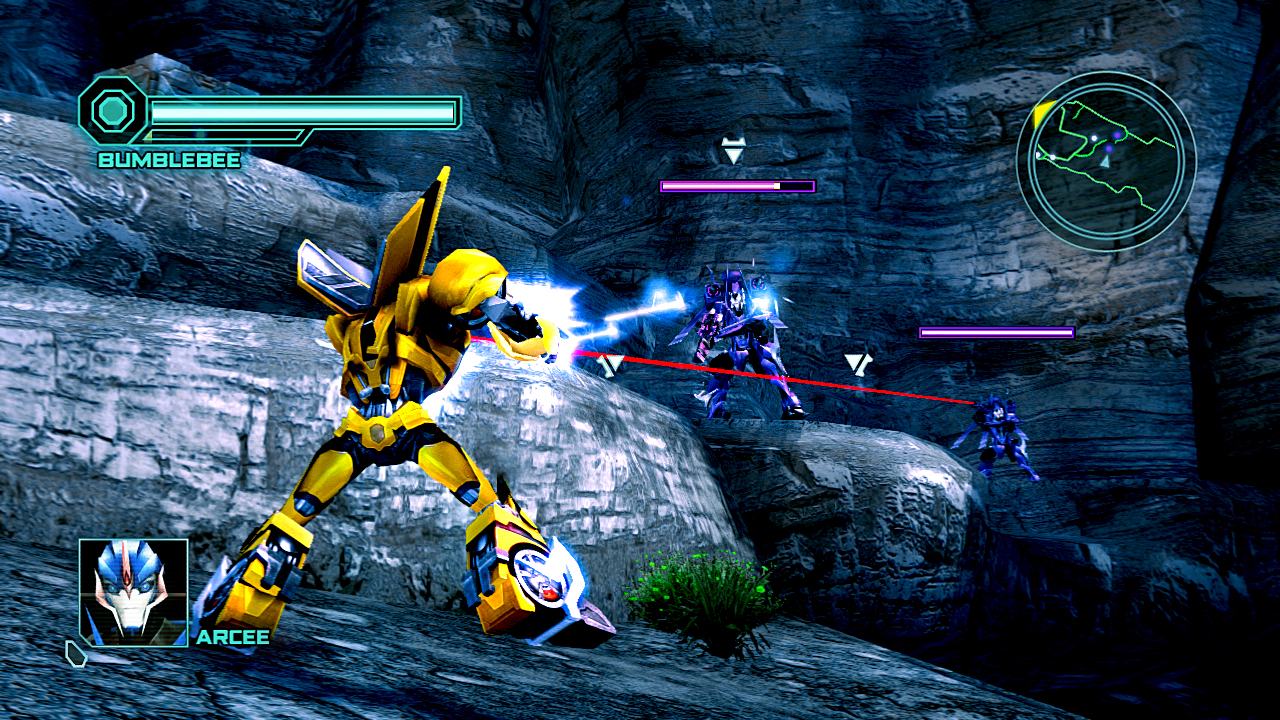 Similar to the show, Transformers: Prime’s soundtrack is epic. Pretty much all of the music is orchestrated with a very movie-like sound. Surprisingly, most of the songs are game-exclusive. The fact that they didn’t reuse all of the songs from the show and still managed to make an awesome soundtrack is impressive.

The voice acting is great. All of the characters have their voices from the show, with the exception of the character Dreadwing, who is voiced by Fred Tatasciore, as opposed to Tony Todd. Frank Welker’s acting as Megatron is much better than it was in the game version of Transformers: Revenge of the Fallen. Peter Cullen still plays Optimus Prime and, as expected, does a great performance. One of my favorite actors in both the show and the game is Ratchet’s actor, Jeffery Combs. His grouchy-sounding voice perfectly portrays the grumpy (and yet humorous) character of Ratchet. In the game, the grunts and comments he makes are funny.

Concerning the moral content, the only real concern is the violence. It’s very similar to the show, except there is no blue blood. Instead, enemies explode when they die. Unlike the other Transformer games, you aren’t forced to play as villains. You can unlock the ability to play as them in Multiplayer Mode, but even there you don’t do anything evil.