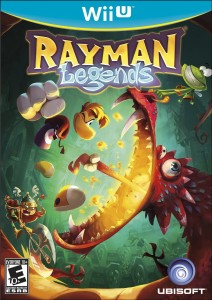 Rayman, Globox and the Teensies are sleeping yet again, this time for a century.  During their slumber the Bubble Dreamer's nightmares have started to invade their world.  You must arise and reclaim your world one painting at a time.  Each level is represented as a painting, and in it you must collect Lums and rescue Teensies to unlock more levels and characters.  There are over 120 levels including 40 remastered Rayman Origins levels.  There are also daily and weekly challenges that you can do to compete against people all over the world.

Many Rayman games have been great 2D platformer games, and Legends is no exception.  There are many worlds with different enemies and obstacles to overcome.  Some levels have you running against approaching flames or sand, while others let you explore every nook and cranny at your leisure.  Many of the Teensies waiting to be rescued are off the beaten path, so it pays to look around.  The enemies vary from stilt walking monsters to fire breathing dragons.  There are some boss levels, and thankfully, most of the levels have checkpoints. 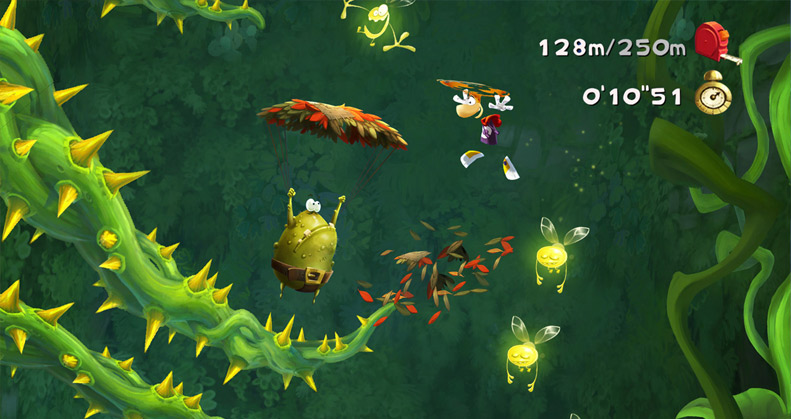 Strong Points: Great cooperative gameplay and utilization of the Wii U gamepad.
Weak Points: Poor AI for single-player
Moral Warnings: Cartoon violence and some word plays like "What the duck!"

Some of the monsters blocking your path have impenetrable defenses.  The only way to break through them is to unleash Murfy the fairy.  The player with the Gamepad can be an active player, or play as Murfy who can tickle stubborn foes and move various obstacles to help or hinder the progress of the other players.

Since my kids love this game, I played the majority of the time with them.  When I did play single player and needed Murfy's help, I controlled Murfy and Rayman was driven by the artificial intelligence which I must say isn't that great.  I had to drag health to him and grab some coins that he would have otherwise ignored.

The Wii U version lets you share your level results on Miiverse, and you can compete with players worldwide in the daily and weekly challenges.  The challenges let you race against other players to collect a certain number of Lums as quickly as possible.  No matter how you score, you'll keep to keep the Lums you have collected and can use them towards unlocking new characters, like a Mario themed Rayman.  Other characters can be unlocked by saving them in their level. 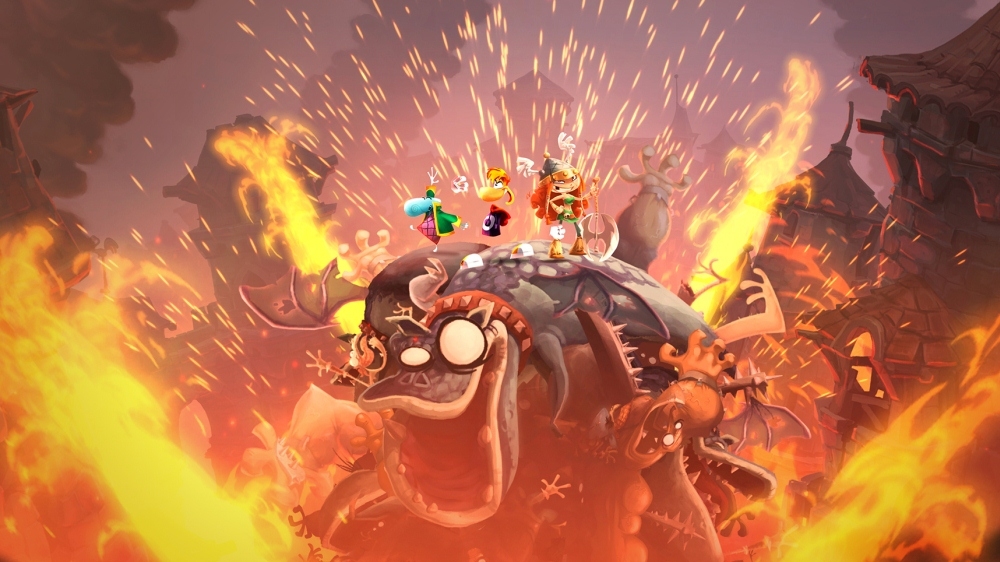 One of our favorite levels is the soccer minigame called Kung-Foot.  In this minigame you can pick teams and try to get the ball into the opposing team's goal using any amount of force you deem necessary.  Like many platformer games, there is plenty of cartoon violence.  Some of our additional favorite levels are the music themed ones where every kick, jump, and punch is orchestrated perfectly to the background music.  The other sound effects are spot on as well.

Visually, Rayman Lgends is very colorful and the characters are smoothly animated.  When a character is fatally injured, they start to blow up like a balloon, and can be revived if touched on the Gamepad.  If everyone becomes a balloon, the level will have to be restarted from the beginning or the latest checkpoint.

The level difficulty is shown on the bottom of the each painting/level.  The more skulls you see, the harder the level is.  While it is not crazy hard like Cloudberry Kingdom, it's difficult enough to challenge you without rage quitting.

Overall, Rayman Legends is a great game that is fun for the whole family regardless of their skill level.  The only objectionable content, other than the cartoon violence, is that there are some circles with stars in them at the end of each level.  Between the Kung-Foot mini game and the online challenges, there is plenty to do after you rescue all 700 Teensies and beat all of the levels.  Any Rayman lover or Wii U owner should add this game to their library.