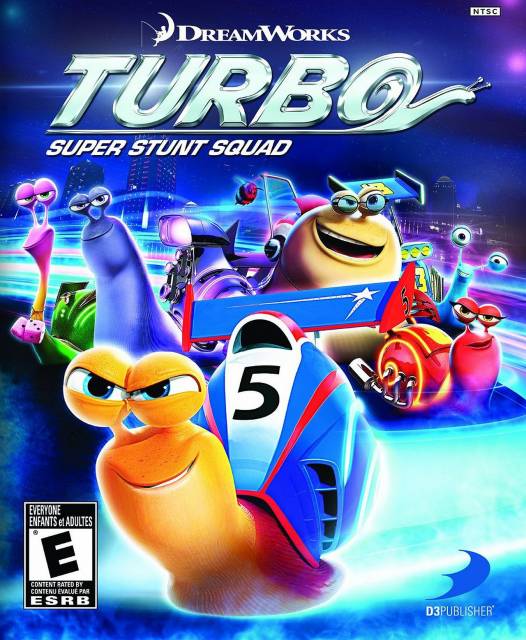 Thank you D3P for sending us this game to review!

Turbo: Super Stunt Squad is based off of the movie Turbo, which is about a snail who dreams of being fast and gets his wish granted in an unusual way.  Sadly, the game has no story mode, so those who have not seen the movie will not understand the plot or the significance of the six playable locations.  The movie takes place at the Indianapolis 500 and I expected this game to be a racing game; instead, it's a Tony Hawk Pro Skater knockoff that lets you compete with another player to achieve an objective first.

If you have no one to play with, you will be stuck at the first location, Dos Bros Tacos, where you will have to collect letters and items, perform particular jumps, and earn points within the three minute time limit.   Fortunately, only some of the objectives have to be completed in the same run, while the rest will carry over. 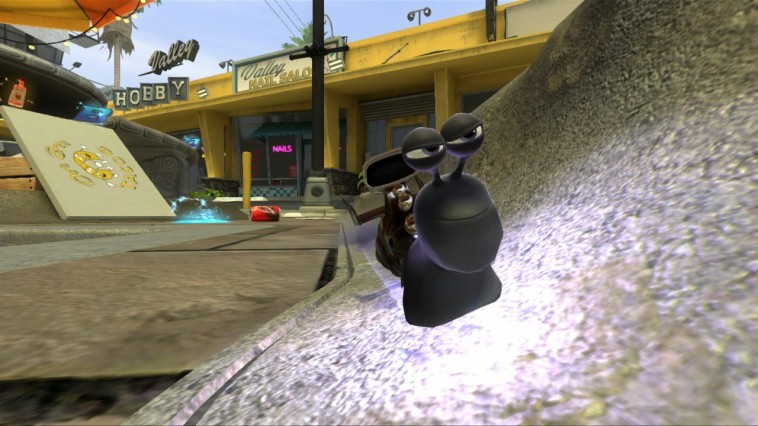 The next area will become unlocked after all of the objectives from the previous one have been met.  Multiplayer maps are unlocked in the same fashion. Upgrades for your snail are unlockable in each of the levels.  All of the snails from the movie are playable and have different and unique stats when it comes to speed, acceleration and a signature move. The same voice actors from the movie are present, which include Ryan Reynolds, Snoop Dogg, and Samuel L. Jackson.

Once you have chosen a snail and a level, it's time to bust some moves and get some points. There are quarter pipes and various ramps to launch your snail into the air.  Your landing will be ranked as super or sloppy and more points are awarded for smooth moves. If you get a chain of successful moves going, you'll get some big points awarded to you.  When you run over some hot sauce, your snail will get a temporary speed boost.

The controls are pretty solid and easy to use once you know what all of the buttons do.  The only ones I used were the acceleration and trick buttons. There is an option to skip the song that's playing if you wish.  If a second player joins the game, they will need a classic controller connected to the Wii remote.  Given that the multiplayer option is just an extension of the singleplayer game, my family was really disappointed in this title. 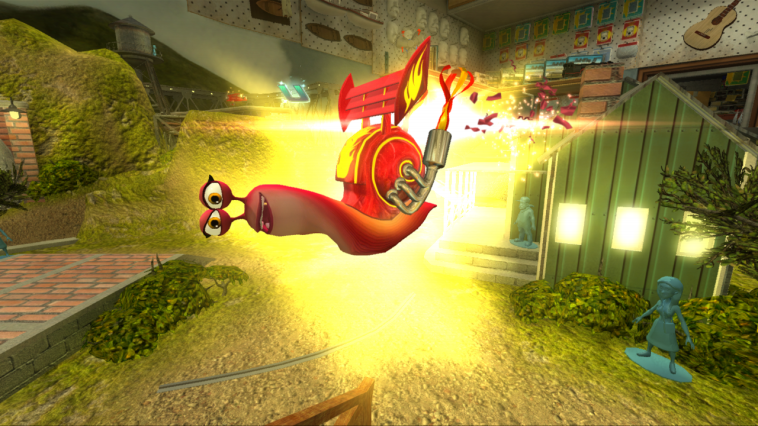 My kids interest in this game didn't last very long as some of the objectives in the game are difficult to achieve.  To make matters worse, the maps are bland and hard to navigate.  It's hard to complete the objectives if you don't know where they are or how to get to them.  If I, as an adult, am having trouble doing so, my kids will find it much more challenging.

Since this game carries a $40 price tag, I would highly recommend renting it before buying it.  My kids were tired of it in a half hour and wanted to play Smurfs 2 instead.  The movie Turbo was good, but unfortunately this game doesn't do it any justice.  It does offer a family friendly Tony Hawk Pro Skater alternative though.