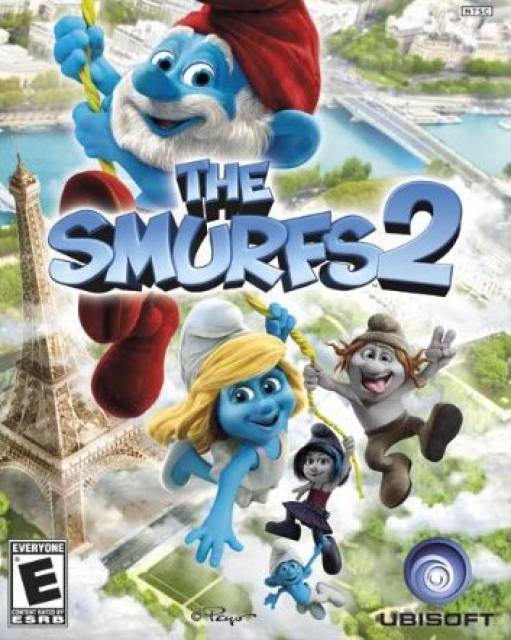 Smurfs 2 the video game follows the same plot as the similarly titled movie (which I have not seen yet).   The smurfs are planning on a surprise birthday party for Smurfette only to find out that she's gone missing.  They must rescue her from Gargamel and his two newly created minions, Vexy and Hackus.  While some of the smurfs are back home in the forest, Smurfette is in Paris and they must travel through portals and unfamiliar territories to save her.

Most of the smurfs got scared and fled into the forest and got lost.  Fortunately they left behind some coins to collect in order find them.  The coins are located in the levels and after you collect a few, a smurf is rescued and brought back to the village.  While you can initially play as Papa, Grouchy, Clumsy, and Vanity smurf, others are unlocked as you defeat bosses.  Each smurf has a special ability that can come in handy when collecting the coins scattered in the levels. 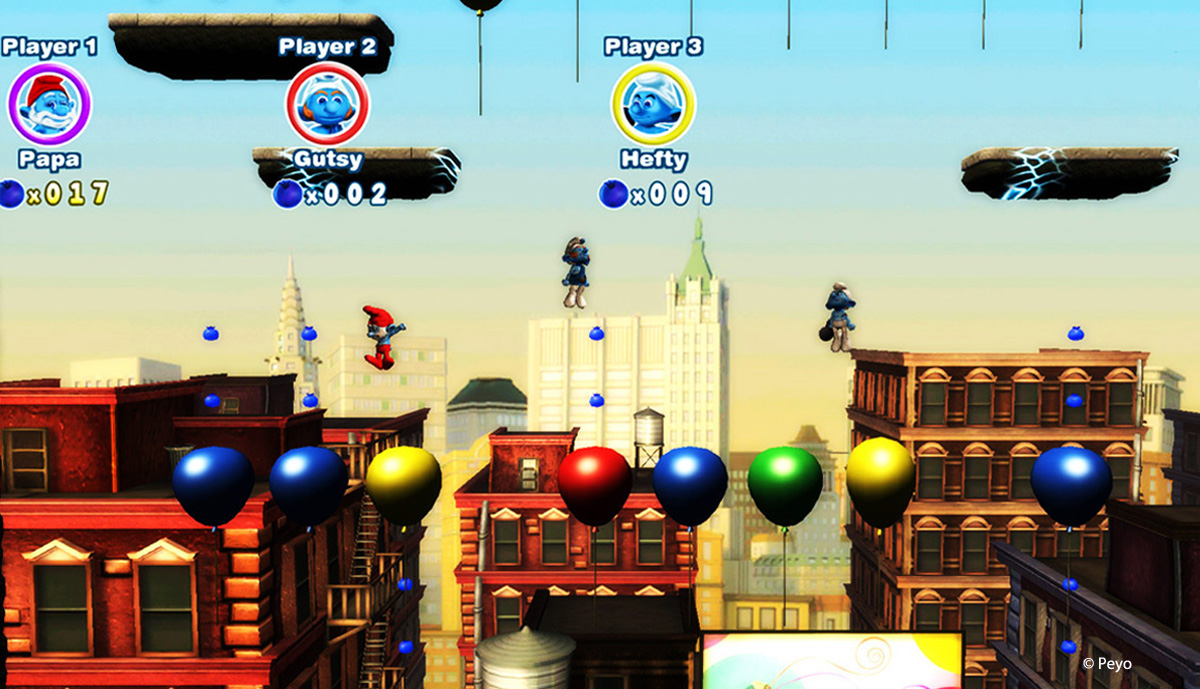 There are six worlds with five levels and a boss battle at the end.  The scenery changes from the enchanted forest to New York and Paris.  Like a typical platformer, you have to jump and hop onto moving ledges to make it to the level's end.  There are enemies to defeat or avoid to prevent taking damage.  Like Sonic games, you can sustain damage as long as you have berries in your inventory.  If you take a hit with no berries you won't be able to join back into the game until an active player gathers a mushroom to revive you.    If you have berries and get hit, you will be in a bubble for a little bit until it pops or you shake your way out of it.  Unlike recent Mario titles, you cannot remain in the bubble indefinitely.

The enemies include spiked bugs, dung beetles that throw you know what at you, grasshoppers and bees.  The bosses range from frogs to Azrael and finally Gargamel.  Each boss uses the same formula to defeat them: you must avoid their attacks for a little while and then pounce on them when the arrow points down at them. Jumping on them without the arrow will not do any damage and may put your smurf in danger.

Veteran gamers will find this game short, unoriginal, and rather simple since the target audience is for children.  Mine enjoyed it and found it somewhat challenging but beatable.  They completed many of the levels and bosses without my assistance.  The only replay-ability is to go back and collect coins that were previously missed.  Some of the coins can only be reached with specific smurf abilities.  After you beat the game you can play as Smurfette who can float (another original idea) and switch out smurfs mid-level. 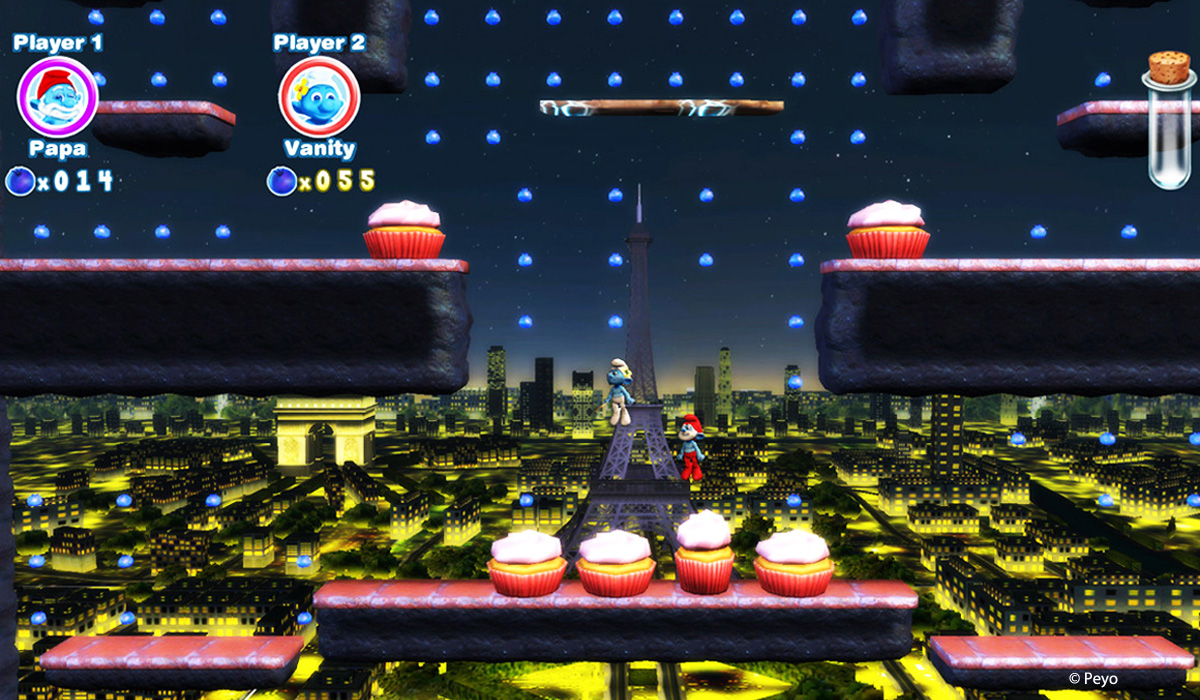 The Wii U version of Smurfs 2 supports up to five players at a time.  The four with the Wii remotes play as smurfs  while the gamepad player is Clockwork smurf who can assist the others by dropping items with the touchpad.  While gimmicky, it can be great for less coordinated kids who want to play too.  This feature may not be worth the extra $10 for the Wii U version though.      Another Wii U feature worth mentioning is that the game saves are profile specific. My kids inadvertently switched profiles and thought that they lost their game saves.  They were relieved when their gamesave was found in the proper profile.

The Wii U version sells for $40 while all of the others are $30.  Smurfs 2 is a great family game and a good follow up to the movie.  The same voice actors are used and the colorful backdrops and animations look great as well.  If your kids enjoyed the movie, chances are they'll like the game as well.  Just don't expect more than ten hours of gameplay.