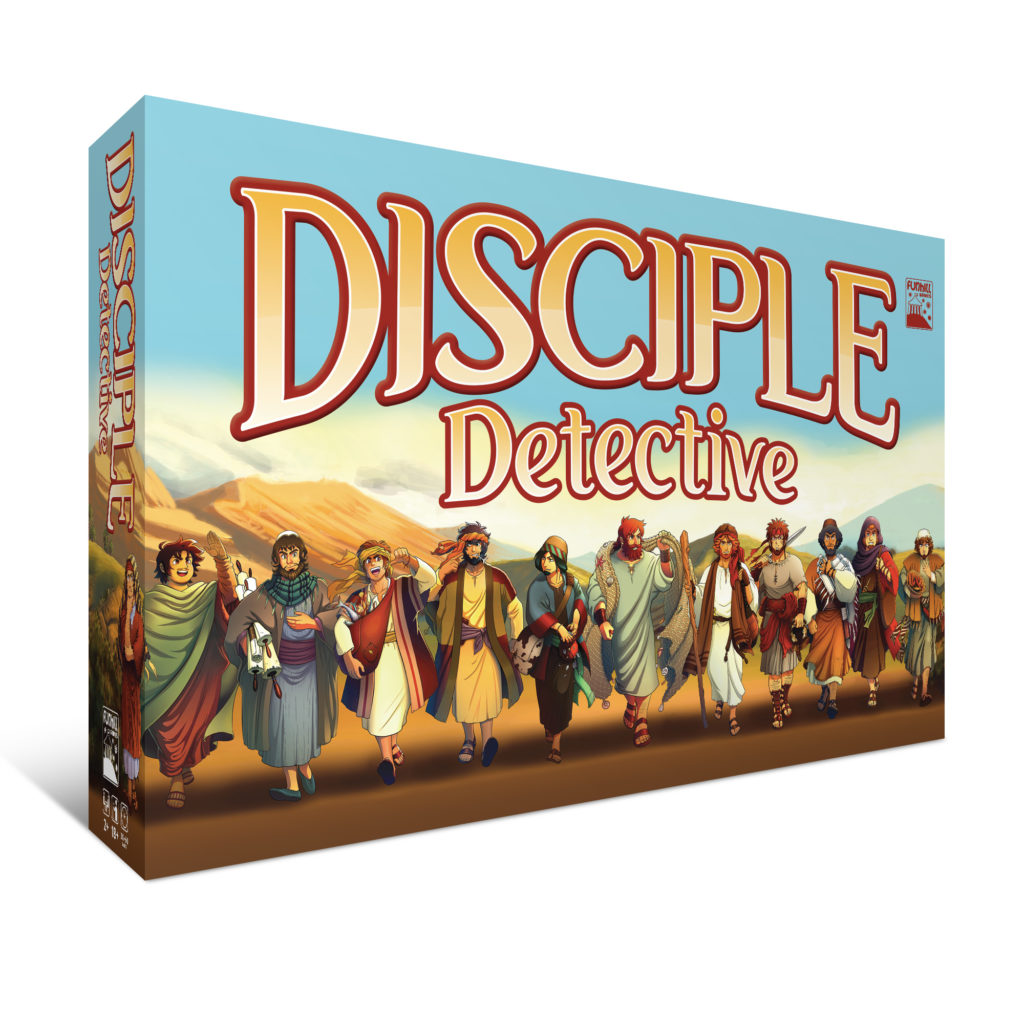 Thank you Funhill Games for sending us a review sample!

Disciple Detective is a 2-4 player game that can be played cooperatively or competitively with the similar objective of determining which disciples are in your deck of cards. In the cooperative mode, the players work together to deduce which disciple cards are in their hand after looking over everyone else’s and seeing the face-up card on the table.

The included dry-erase markers and note cards are especially handy for keeping track of possibilities of which disciples are in your deck. The reference card shows which traits and quirks each disciple has. My son wrote on one of these and it’s not designed to be and is much harder to clean off.

Strong Points: Quick, fun, nice art, high quality materials
Weak Points: The reference sheet is not erasable like the other cards, learned that the hard way
Moral Warnings: You may have to be dishonest about the traits of other disciples

Both game modes have a similar turn format. On the player’s turn, they are given a trait clue about one of their disciples, have their deck put in the proper order, and given a chance to guess the disciple. The cooperative version uses a clue token per turn and when those run out, all of the players lose! To win the game, a player must correctly guess the disciples in their hand.

The disciples all have a position number, and some traits. The traits can be aliases, origin, occupation, author of a Bible book, etc. Some disciples have quirks that can make it easier or harder to guess them. For example, Thomas’ card has to be touched every turn. That can be a dead giveaway. Judas, on the other hand, lies about all of his traits so figuring him out is much harder. Bartholomew cancels out all of the quirks in a players deck so he’s handy to have around.

During our competitive playthrough, we opted not to enforce the 30-second sand timer since our youngest son, 12, often took longer. The recommended age is fourteen and up. Other ways of decreasing the difficulty could be not enforcing the quirks. Figuring out Thomas without card touching will be harder though! 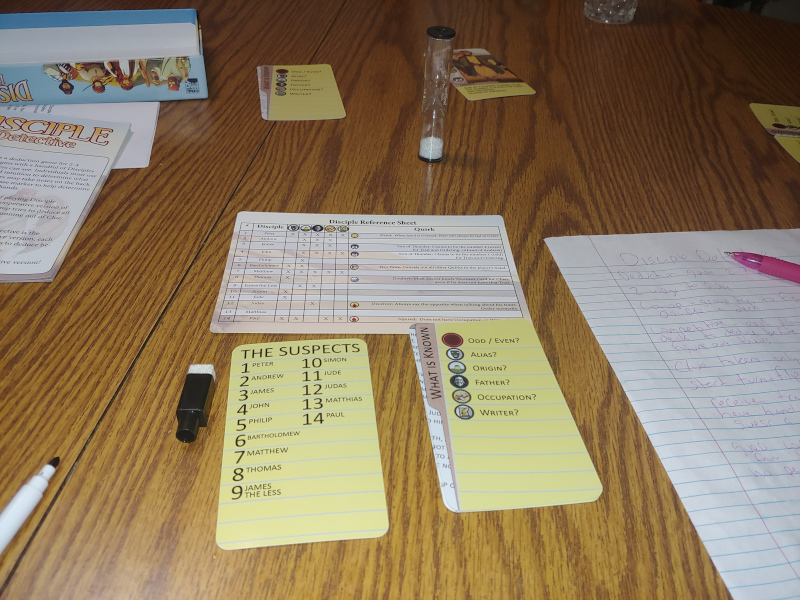 My kids were all drawn to the anime-style artwork and the quality of this game is top notch. We did enjoy playing it as a family but unfortunately, one of us had to sit out since there’s a maximum of four players. If you don’t mind playing in smaller groups, this game is worth checking out!

Funhill Games has made many great Christian board and video games. We have had the pleasure of reviewing Wisdom of Solomon physically and Kings of Israel digitally. I highly recommend checking out and supporting their Kickstarter when it goes live at the end of March.