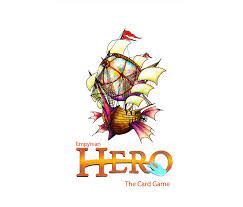 Thank you Anthem Creations for sending us a physical copy to review!

Empyrean Hero the Card Game was successfully Kickstarted in 2020 and early backers were able to get the printable version of the game for $1 and the physical edition for $17. Tabletop gamers can now buy the physical edition for $29.99 and the print-n-play files for $5 on Anthem Creation’s website. The website also has the rules available online so you can see what’s all involved before you buy or play the game. Like all tabletop games, you can expect a learning curve and at least a half hour spent on setting up and learning the game for the first time. Subsequent playthroughs should go faster and smoother.

The objective is to defeat all the enemy airships and the heroes defending them. Each hero has exclusive active or passive abilities and may also have additional hidden abilities assigned to them. Attack and defense boosts are visible to all of the players so they have a general idea if they should pick a fight with them or not.

At the start of the game, each player picks out their uniquely colored skybase and choose their first hero. Since the first player gets first dibs, the second player receives an additional hero. For a three or four-person game, it’s not clear if they should get an additional hero as well.

Strong Points: Wide variety in characters and abilities
Weak Points: Some of the rules are not clear and leave it to the owner to interpret them
Moral Warnings: Airship battles

The heroes have a mixture of attack and defense ratings along with passive and active abilities. For example, some heroes let you draw or play an additional card on your turn or heal heroes before or after an action. Heroes can also have attack blocking or offensive abilities assigned to them. One of the more powerful abilities you can assign to a hero is Going Nuclear which removes all of the cards on the field.

Each player will receive a turn summary card that explains the following actions that can be taken on their turn. The H.E.R.O. acronym stands for Heal, Enhance, Recruit, and Overcome. If a player choses to heal on their turn they can heal any heroes and play three cards on the field. By enhancing, they can draw three cards from their personal enhancement deck and play up to three cards. Recruiting allows the player the bring on two heroes from the hero HQ or reserves. To overcome, a player must announce who and how they plan to attack their enemies. Heroic Feat cards can be played in lieu of a turn. For example, the Drain Feat causes an opponent to lose all of their enhancement cards on the field.

There is a lot of strategy involved when it comes to focusing on recruiting or defending your skybase. Players can also beef up their hero’s attack and defensive abilities to make them better attackers or tanks. Once all of the heroes have been recruited, prepare for battle! 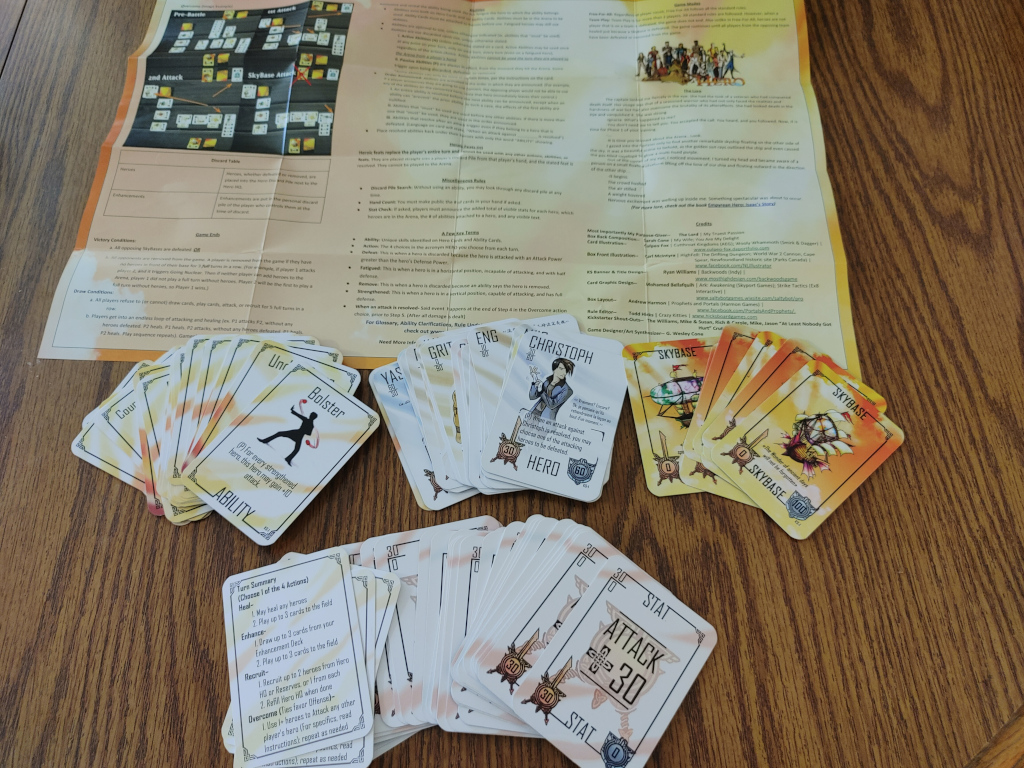 The battles are what make this game fun and once you enter this stage the game won’t last much longer. It’s not uncommon for a player to be knocked out of the game in one strike. The estimated gameplay time for two players is 45-60 minutes and three or four players can anticipate 60-90 minutes per game.

The build quality of the physical edition is quite exceptional. The cards are colorful, nicely detailed, and the thickness makes them durable. It’s probably cheaper to buy the 100-card game than to have it professionally printed via the PDF method.

If you enjoy tabletop card games and are looking to entertain up to four players, Empyrean Hero is worth looking into.