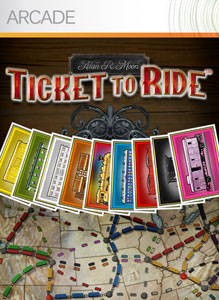 Let's get this out of the way.

There, now that everyone has the song in their head, let's look at the game! Although it bears the same title as the famous Beatles tune, the game has nothing to do with the Fab Four. Instead, this is a video game adaptation of a board game created by Days of Wonder. In it, the players compete to create train routes between cities. The base game focuses on the United States and southern Canada, but other variations are available. 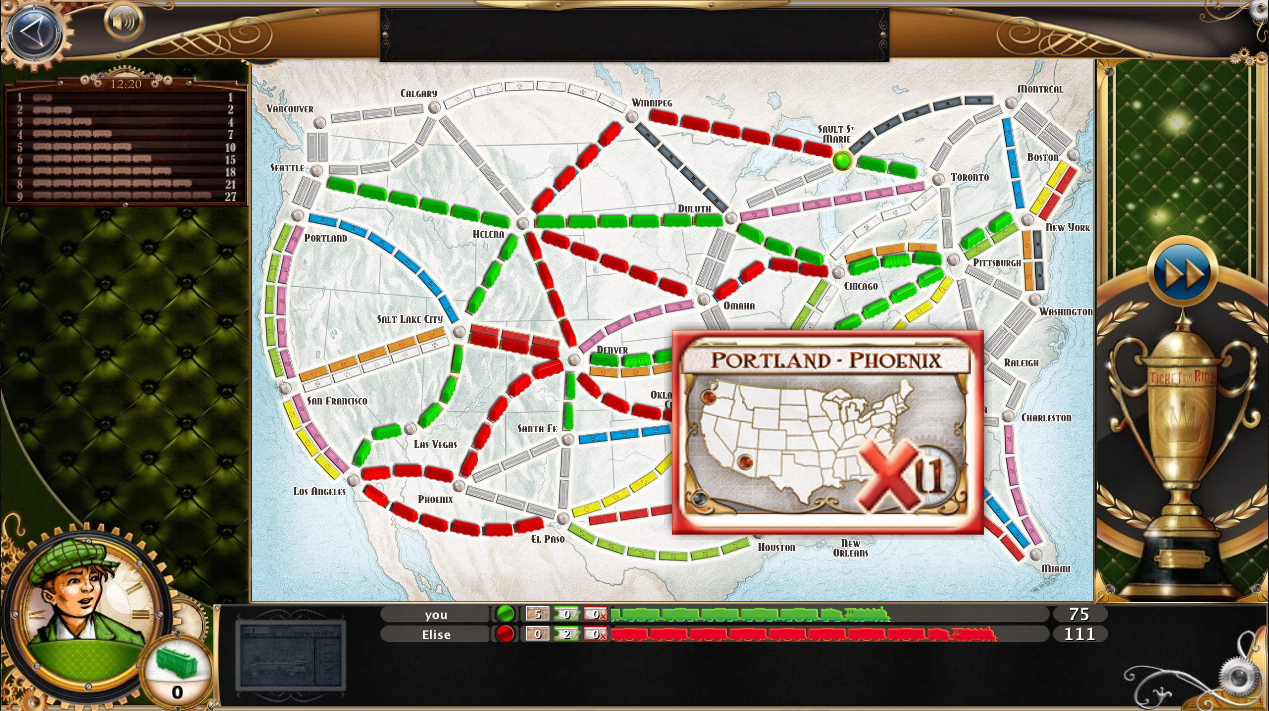 The screen consists primarily of the game board, with small icons to indicate how many railway cars you have left, what kinds of tickets you have, and the routes that you have available. At the start of the game, each player is given a certain number of train cars based on the number of players in the game. They also are given four colorful train cards and three destination cards. The player needs to keep two of these destination cards, and those unused get shuffled back into the deck. Each turn, the player has one of three options: 1) claim a route by placing their train cars on the board; 2) draw two train cards from either the draw piles or randomly from the stack – or just one if the card is a wild card “locomotive”; 3) draw three destination cards and keep at least one. Routes can be claimed by playing train cards of all the same color, and some routes can be claimed with only particular colors. Players score points by claiming routes – the longer the route, the more points they get. The game is over when one player is down to two or fewer train cars – all other players may take one more turn, then the computer tallies up the points. The destination cards are revealed, and the player adds points for each destination they have successfully completed – but they lose points for each destination card they failed to complete!

The computer version of the game plays out nearly identically to the standard board game. It's nice to have the system tally up the points automatically. It also highlights which destination cards you've been able to fill so far, and indicates what cities are on your unmet destination cards as well. Although pleasant, the game is pretty static in its appearance. One problem I've found is that the train cars can sometimes look like a blank route. It can sometimes hamper a strategy to plan on claiming a particular path, only to realize that it had been claimed several turns earlier. A bit more contrast between the train cars and the game board would have been nice. The music is pleasing, but a bit repetitious. The sound effects fit the approach of the game as well, including a train whistle to announce when it is the next player's turn. 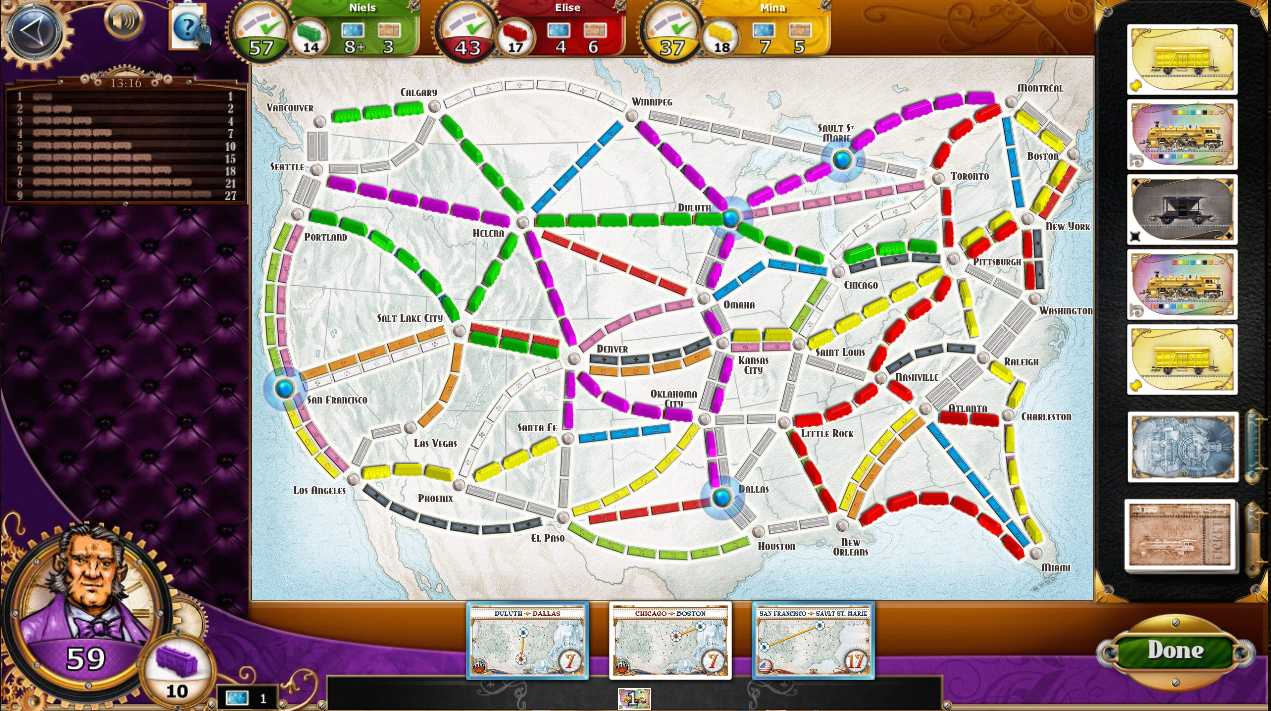 The game can be played with up to five people, and competitors can either be found on-line (through Steam or the Days of Wonder Web site) or it can be played in a “hot seat” format, called “Pass and Play,” with everyone sharing the same computer. When playing on-line, the players are connected to others who play through Windows, Mac or the mobile platforms. Those on the Xbox 360, however, are apparently limited to playing against their fellow Xbox players. Games tend to be relatively short – about half an hour, at the most.

Days of Wonder also offers several add-ons, which also are available for the print copies of the game. These include maps for Europe, Asia, Switzerland and the United States circa 1910. Some of these add additional rules to the base game (for example, to claim a route that crosses water, a locomotive card must be used) but they largely play out identically to the core game.

Ticket to Ride can be a fun way to kill some time, especially if a friend or four join in. However, I can't help but think the experience might be better off with a bag of chips, some soda and loud friends. Playing the game on-line may be entertaining, but playing it around a table could be a much more rewarding experience.