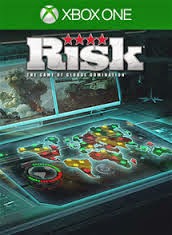 Prior to playing this digitized version of Risk, my previous and only experience was playing the Plants Vs Zombies variant.  Unfortunately, I need more practice before I can win against my husband or the AI anytime soon.  The basic concept is simple, but it takes some skill to master.

Your ultimate goal is to control the world. The more territories under your rule, the more army units you'll have at your disposal at the beginning of each round.  These units are crucial for acquiring and defending your territories.  As you accumulate more land, you'll sometimes get trading cards that will give you bonus units.  Those cards are handy to trade in when you're in a pinch.

Besides the global domination mode there are two other modes worth checking out.  In order to play the Secret Mission or Capitals mode you have to have a minimum of three players. The players can be AI, human, or a mixture of the two.  The AI can be balanced, defensive, or aggressive.   I played against the balanced AI. 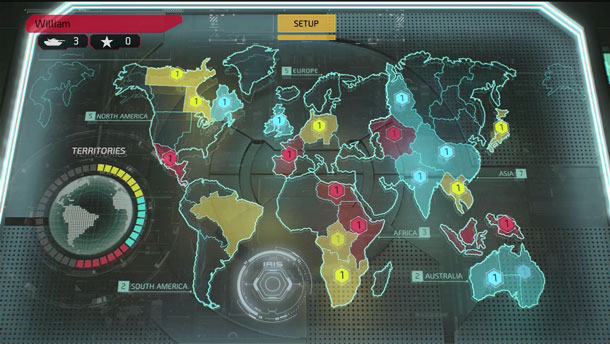 The 2010 rules are used in this game and you have the option to change the fortification rules to acquire adjacent or contiguous allied territories.  A cease fire card option can be enabled or disabled as well.

One the game mode, rules and types of players have been established, it's time to begin the game.  The player order is randomly determined and the initial territories can be automatically or manually assigned.

Each turn has three stages.  You begin in the deployment stage where you deploy your units in offensive and defensive positions.    The number of units you have to work with depends on how much land you control - you get even more units when you have an entire region under your dominion. 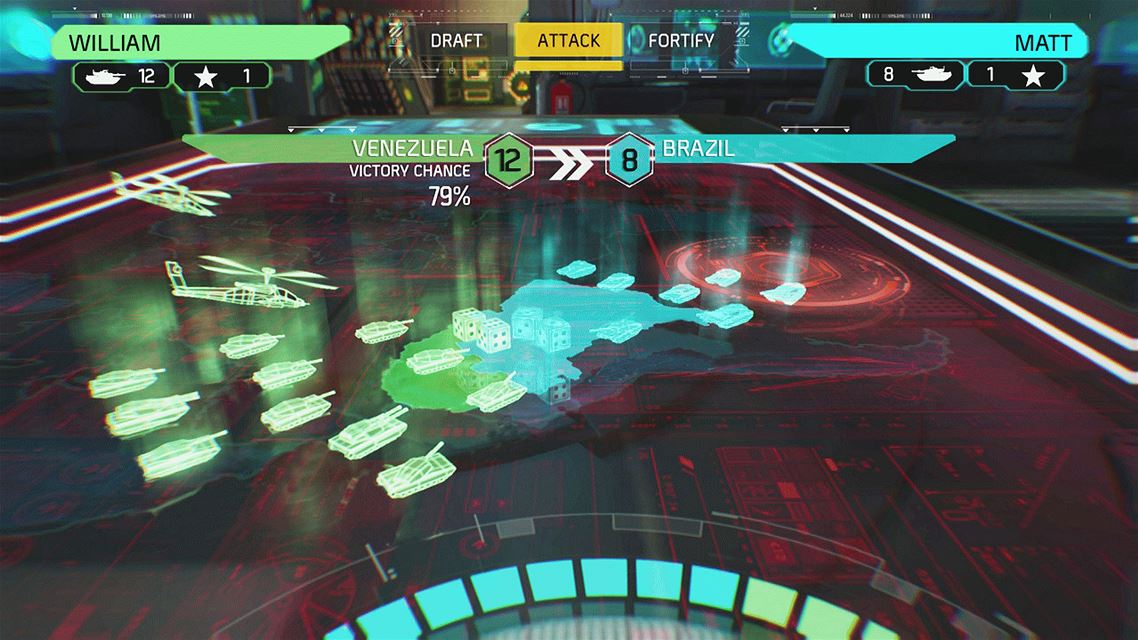 Once all of your units are allocated, it's time to attack!  It's wiser to attack adjacent territories with fewer units than you.  Dice are rolled to determine who wins the battle and in the event of a tie, victory goes to the defender.  You can watch the dice roll or auto battle to have it done quickly behind the scenes.  In general the dice have been good to me, but there have been times where I have attacked a territory with two units against my six and still lost. The Integrated Reconnaissance Intelligence System's response of "Your defeat defies explanation" is pretty accurate.  After the battle mode is the final mode, allocation, where you can take some units from one territory and send them to another.

When it's the AI's turn you can speed up its turn.  Even in fast mode you'll have to skip each confirmation of their battle victories and losses.  When continents are fully claimed there is some battle footage shown that adds a little dramatization. It doesn't show soldiers fighting, just vehicles.   The visuals look great and the interface is easy to navigate.  There's a handy graph on the lower left hand side that shows the territory allocation by color.  Anybody with over half of it in their favor is doing well, but I have learned the hard way, the tables can turn at any given moment.

Anyone who is a fan of the Risk board game should look into this digitized version.  If you fancy yourself good at it you can play online (if you have Xbox Live ) and see where you rank on the leader boards.  Despite getting my butt kicked numerous times, I enjoyed my attempts at world domination.