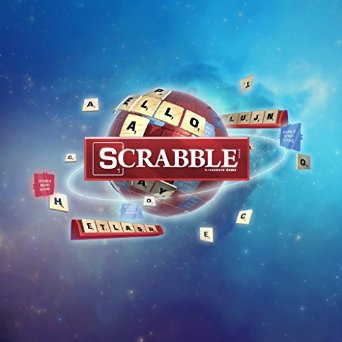 Scrabble
Developed by: Ubisoft
Published by: Ubisoft
Release date: June 30, 2015
Available on: PS4, Xbox One
Genre: Board game
Number of Players: Up to four
ESRB Rating: Everyone
Price: $14.99

Scrabble is a classic board game that I have been meaning to show my children.  Now that it's available digitally, I have no more excuses not to.  I enjoyed a game with two of my kids without using a dictionary or a guide of any sort.  As a result, our words were relatively simple and unimpressive, but we had a lot of fun.  We even added an AI character on the very easy difficulty to make the pieces disappear faster.

If single-player is your style AI players can be added from very easy, easy, normal, hard and very hard difficulty levels.   The difficulty levels are set individually to add more variety.  For more of a challenge, the turn duration can be limited to forty-five seconds or one to two minutes.  The match length can be hard set to thirty minutes or one to two hours. 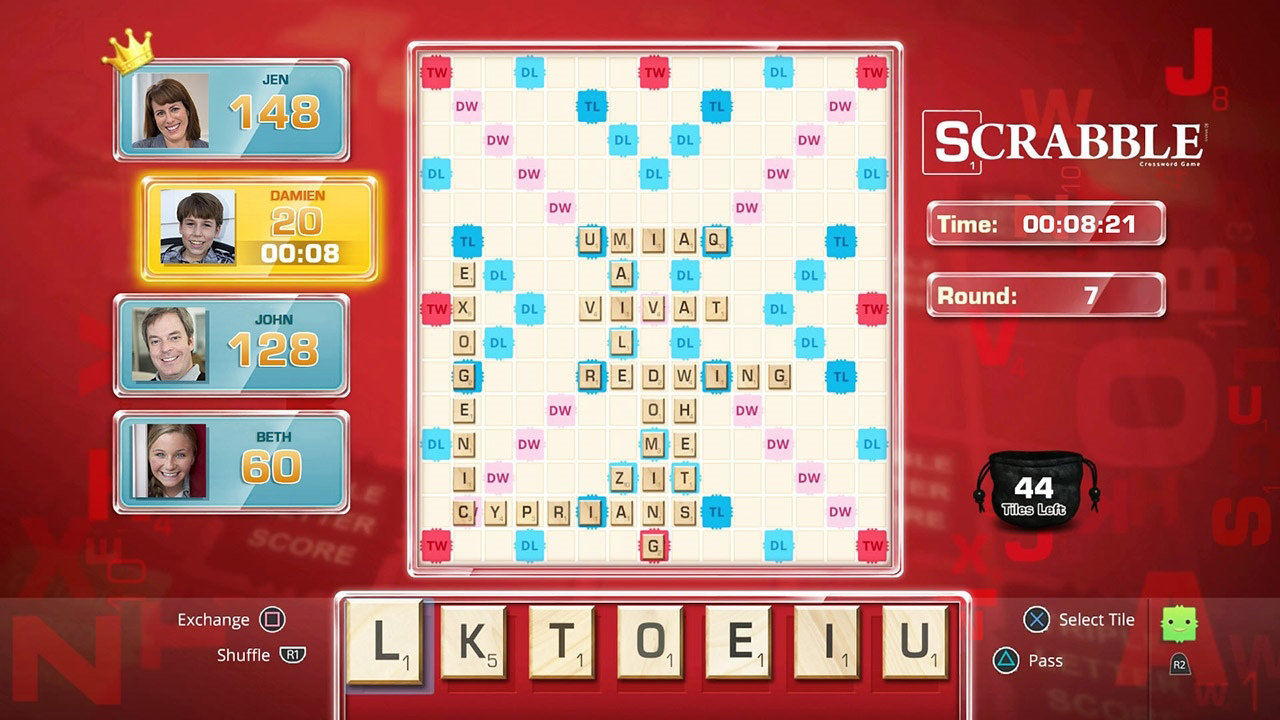 Strong Points: Great digitized version of the classic board game without any missing or accidentally moved pieces; scores automatically tallied; online play
Weak Points: When playing live opponents you cannot view your letter pieces and plan ahead
Moral Warnings:  Some naughty words can be used (the AI used the word "tits")

The standard Scrabble rules apply and the player order is determined by the lowest letter in the alphabet randomly picked by each player at the beginning of the game. Afterwards, each player is given seven tiles apiece.   Whenever a tile is played, it is replenished from the remaining tiles until a player has used up all of their pieces.  When that player has run out of pieces, the scores are tallied and the person (or AI player) with the highest score, wins.  Unused letters are deducted from the end score.  Fortunately, the console does all the score tallying so no calculators will be required.  A dictionary is a handy asset to have on hand though.

To score lots of points you have to use long words, rare letters, and utilize good spaces on the 15 x 15 game board.  The best spaces on the board to use are the triple and double word and letter squares.  If you can place difficult letters in those spots, even better!  Vowels have a face value of one point, but rarer letters like Z and Q are worth ten points if you can find a use for them!

If you're stuck with a lousy set of tiles you can skip your turn ONLY if you have not made a move yet.  Undoing moves is possible to a certain extent but skipping can only be done at the beginning of your turn. 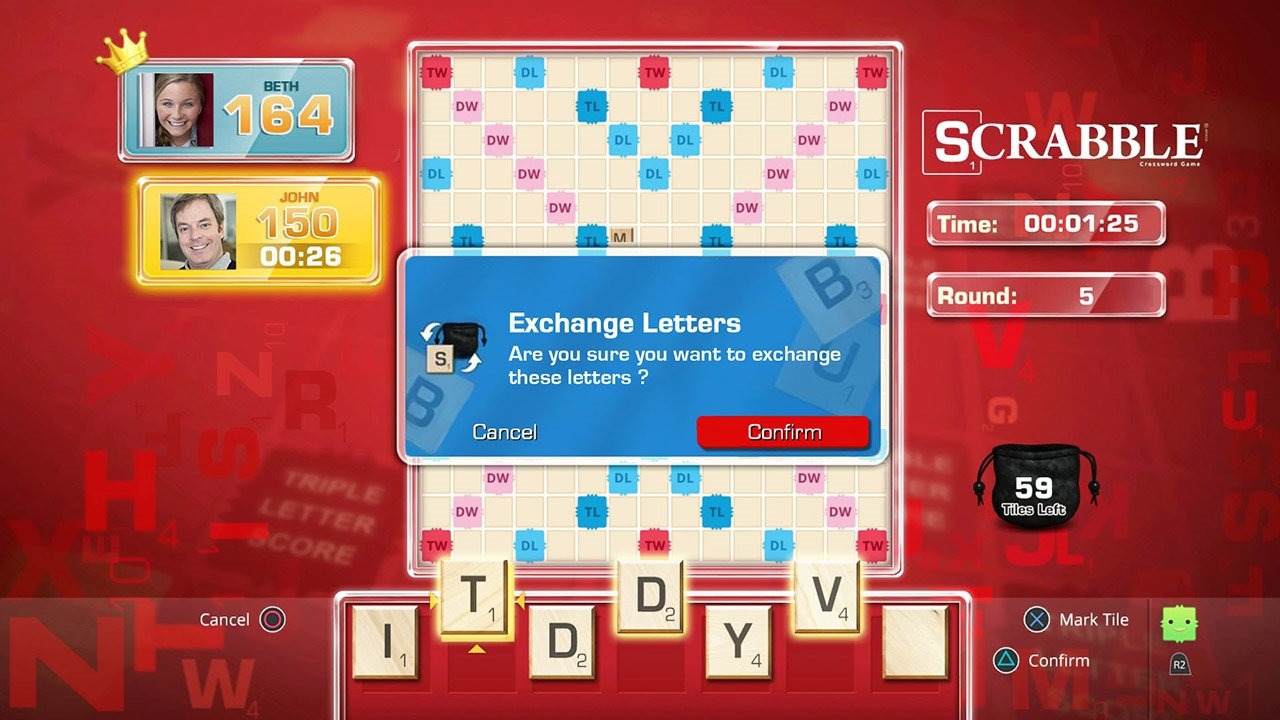 The built in dictionary is pretty good and the AI characters have used many words that I have not heard of.  I was quite shocked to see the word "tits" used by an AI player in one of my matches.  I have not had the opportunity to test or see any cuss words in play.  I did play an online match and it was courteous, even though I lost.  :)  The microphones built into the controllers are used so you have to watch what you say.

While the multiplayer mode is fun, it does have one disadvantage.  If you're playing against AI players only, you can stare at and plan out your tiles and words throughout the entire game.  However, if a human is playing, your tiles are only shown on your turn.  This can be a bit of a detriment if the turns have a time limit.

As you play, the console will keep track of your profile and playing style.  It will level you up and pair you up to similar players if they are available.  There is some customization options if you have your Uplay account setup on the console.  After a few games we earned enough points to unlock new backdrops and Rayman avatars.  While the jazzy background music was alright, I wasn't compelled to spend points to download the game's soundtrack.

Overall, Scrabble is well polished and offers a good challenge for players of all levels.  The online play is great if you can find people to play against.  If not, the AI players will give you a good run for your money.  The price tag is a reasonable $15 and is worth picking up if you're a fan of the game.