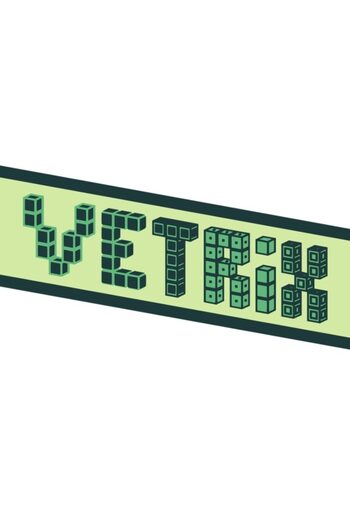 Thank you Pixel Racers for sending us this game to review!

The first playable version of Tetris came out in 1984, but many are familiar with this classic thanks to Nintendo.  At thirty-five million copies sold, the Game Boy version of Tetris is one of the best-selling games of all time.  The NES version did pretty well too at eight million copies.   This series is going pretty strong with different iterations on previous and current generation consoles and gaming devices.  Though the majority are single-player, there are some multiplayer versions available.  Vetrix is a single-player endeavor set in a retro 3D virtual reality environment.  After a game, your score will be posted on online leaderboards to compare against other players.

If you've never played Tetris before, the idea is fairly simple: There is a 10x20 grid in which there falls from the top one of the seven possible "tetriminos", or falling pieces, which you can guide or rotate to the bottom or another place where they can fill a hole. Once a full horizontal row is filled, it disappears, making room for more pieces on the game board. If you're daring enough to let four rows of blocks stack up before clearing them, you'll get what's called a Tetris and a huge point bonus to boot.  If the blocks reach the top of the screen, you lose.

Vetrix plays similarly, but you can rotate the pieces with no limitations in VR.  To get a better perspective, you can also rotate the grid.  Vetrix also adds a new corner piece tetrimino.  Despite being my least favorite tetrimino, I do appreciate its inclusion.  While I haven't played Tetris Effect VR, it still appears to be "flat" and doesn't let you rotate the game area like Vetrix allows you to.  Unlike Tetris, Vetrix has a depth of two blocks that you'll have to have completely filled in order to clear the row.

Upon launching the game, you’ll be shown a tutorial, which will introduce you to the controls.  Once completed you’ll get to select your game type and customizations.  Vetrix has a very retro look with Game Boy themed color hues and chiptune audio.

There are three game modes which are score, free, and time.  The objective in the score mode is to get the highest score possible before the timer ends.  In the time mode, you have to reach 200,000 points as fast as possible.  In free play mode, there are no rules, other than not letting the blocks stack too high to end your game.

As you play through the game, various power-ups will appear in the upper area of the game area.  In order to activate them, you have to clear out the row that they are in.  You have to work around them as they take up space just like any block you place. 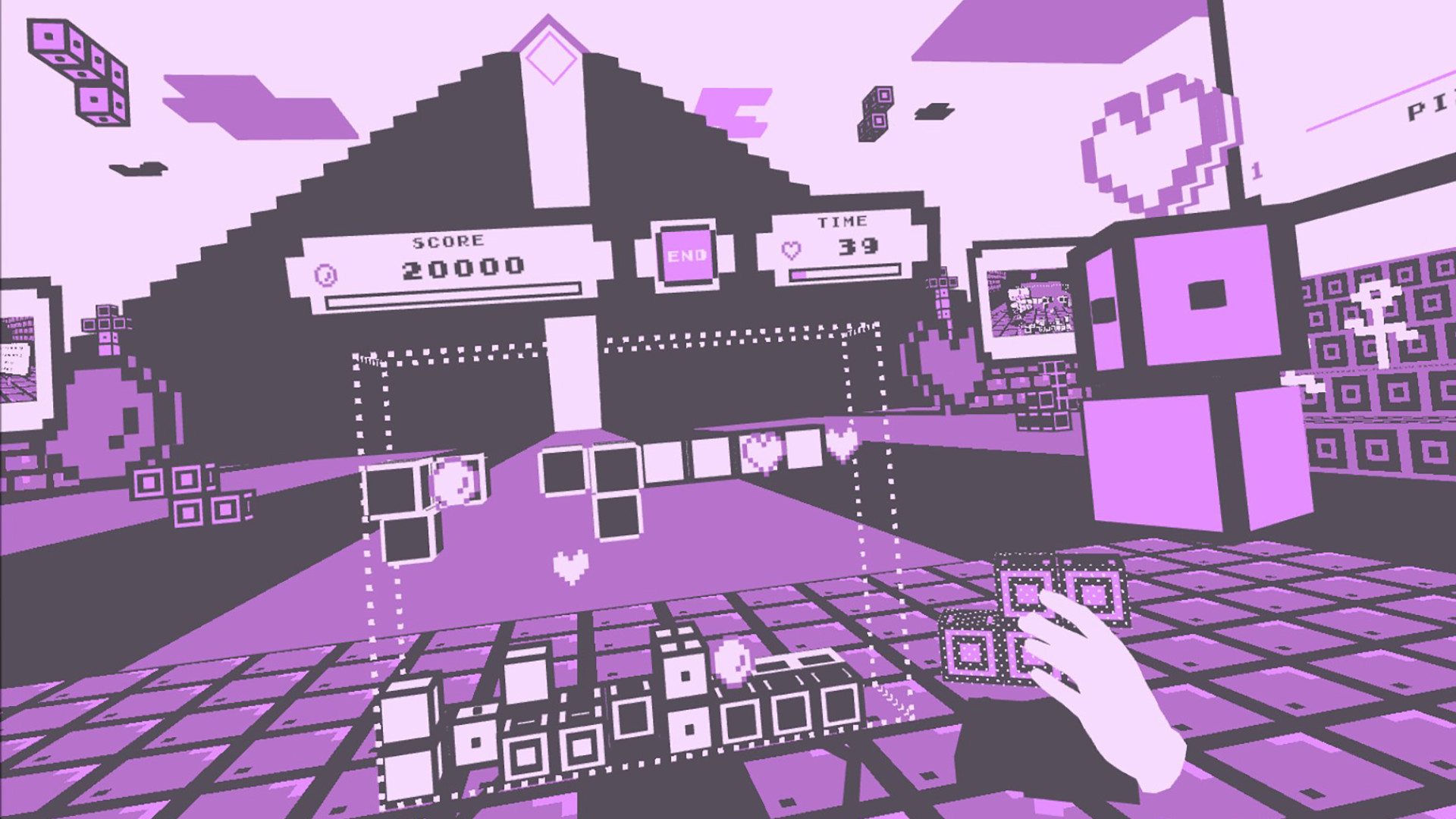 The controls are pretty straightforward, but there were multiple times where I had to redo my block placement because it didn’t register properly.  My only other nitpick with this game is that you don’t see what block is coming next, so planning ahead is a bit trickier.

Morally, there’s little to worry about in this game.  Since Steam names are used for the online scoreboard, there may be some inappropriate entries on there.

If you enjoy Tetris and have a VR headset, Vetrix is worth checking out.  The asking price is a reasonable $5.99 and I have seen it on sale for half off.  At $3, it’s definitely worth picking up!