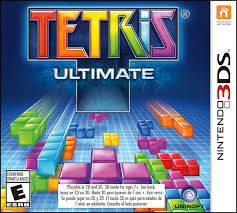 Tetris has been around since 1984 and was the most popular game on Nintendo's Game Boy platform which was released in 1989.  Since then, it has appeared on many other platforms and is considered one of the greatest video games of all time.  In 2006, Nintendo released the now hard to come by Tetris DS which allowed up to ten players to compete locally or online.  Since the DS online functionality has been disabled, that game has lost a majority of its charm.  Ubisoft has taken the baton and has further enhanced the classic game in Tetris Ultimate.

If you've never played Tetris before, the idea is fairly simple: There is a 10x20 grid in which there falls from the top one of the seven possible "tetriminos", or falling pieces, which you can guide or rotate to the bottom or another place where they can fill a hole. Once a full horizontal row is filled, it disappears, making room for more pieces on the game board. If you're daring enough to let four rows of blocks stack up before clearing them, you'll get what's called a Tetris and a huge point bonus to boot.  If the blocks reach the top of the screen, you lose. 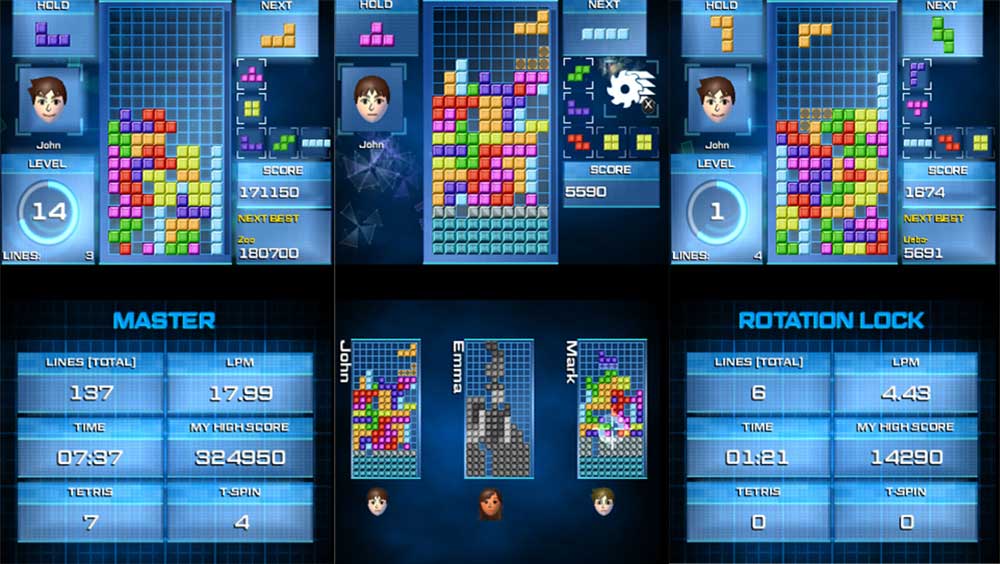 Strong Points: Multiplayer battles with download play support.
Weak Points: While the Tetris theme song is there, it's a bit slower than I prefer in some game modes.
Moral Warnings: May make younger kids cry when you beat them in multiplayer.

There are several game modes available that offer some variety and plenty of challenges.  Marathon Mode tests your skills to see if you're capable of clearing fifteen levels of increasing difficulty/speed.   I could only get to level ten.  In order to unlock Endless Mode, you have to complete a Marathon session.    In the Ultra Mode you have three minutes to get the highest score possible.  Scoring Tetris' will be key here.  Sprint Mode times you on how long it takes to clear forty lines.

While single-player mode is fun, multiplayer is a blast and highly recommended.    With download play, only one person has to own the game and up to nine others can download a temporary version and join in on the action.   I recommend playing with people of the same caliber as my husband and I let our young son join us and he cried when we pummeled him in Battle mode. 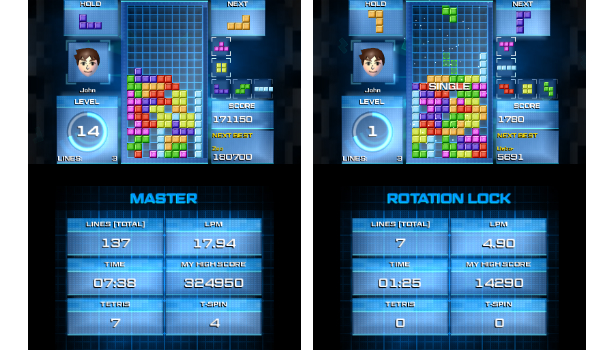 While the same concept of not letting bricks pile up too high applies in Battle Mode, to win the match you have to be the last player standing.   To make things more interesting, cleared rows are randomly sent to opponents.  Battle Ultimate has all of the above with the addition of various power-ups that can shift, add,  or remove pieces upon use.

If you're competitive in nature you can see how you do on the leaderboards.  There are official Tetris ranks assigned to players.   I'm a cyan belt.  Tetris Ultimate automatically records your games so you can watch them again and learn from your mistakes.   You can also view your friend's replays to see their strategies in action and learn from them.

Tetris Ultimate has many helpful resources to improve your game.  While there are some decent single-player modes, I enjoyed my time spent in multiplayer more.  It will be available on other platforms including PC, PS4, Xbox One and Vita.  While the screenshots for the other platforms look prettier, the 3DS graphics aren't too shabby.  Any Tetris lover should consider adding this game to their library.