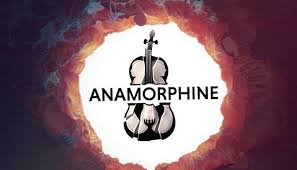 Thank you Artifact 5 for sending us this game to review!

In Anamorphine you see the world through Tyler’s eyes as he witnesses his love interest dive into depression and addiction. There’s very little text and the story is mostly told through visual prompts that trigger memories that you get to revisit and interact in. Depending on your input, you can trigger one of two endings and then go back to try to experience the second one if desired.

Given the unfinished state of the apartment with a double bed and boxes everywhere, it can be assumed that Tyler and Elena recently moved in together. I don’t recall seeing any wedding pictures of them so I don’t think that they are married. Elena is a cello player that plays in a symphony and teaches children on the side. Her musical career is on the up and up. It’s not clear what Tyler does for a living but he does enjoy bike riding.

At Christmas, he gives Elena a bicycle and the bike riding sequences in this game are well done (especially in VR!) and break up the slow pace a bit. During a biking adventure, Elena crashes and badly breaks her arm. This severely hampers Elena’s cello playing abilities and she spirals into substance abuse and depression. 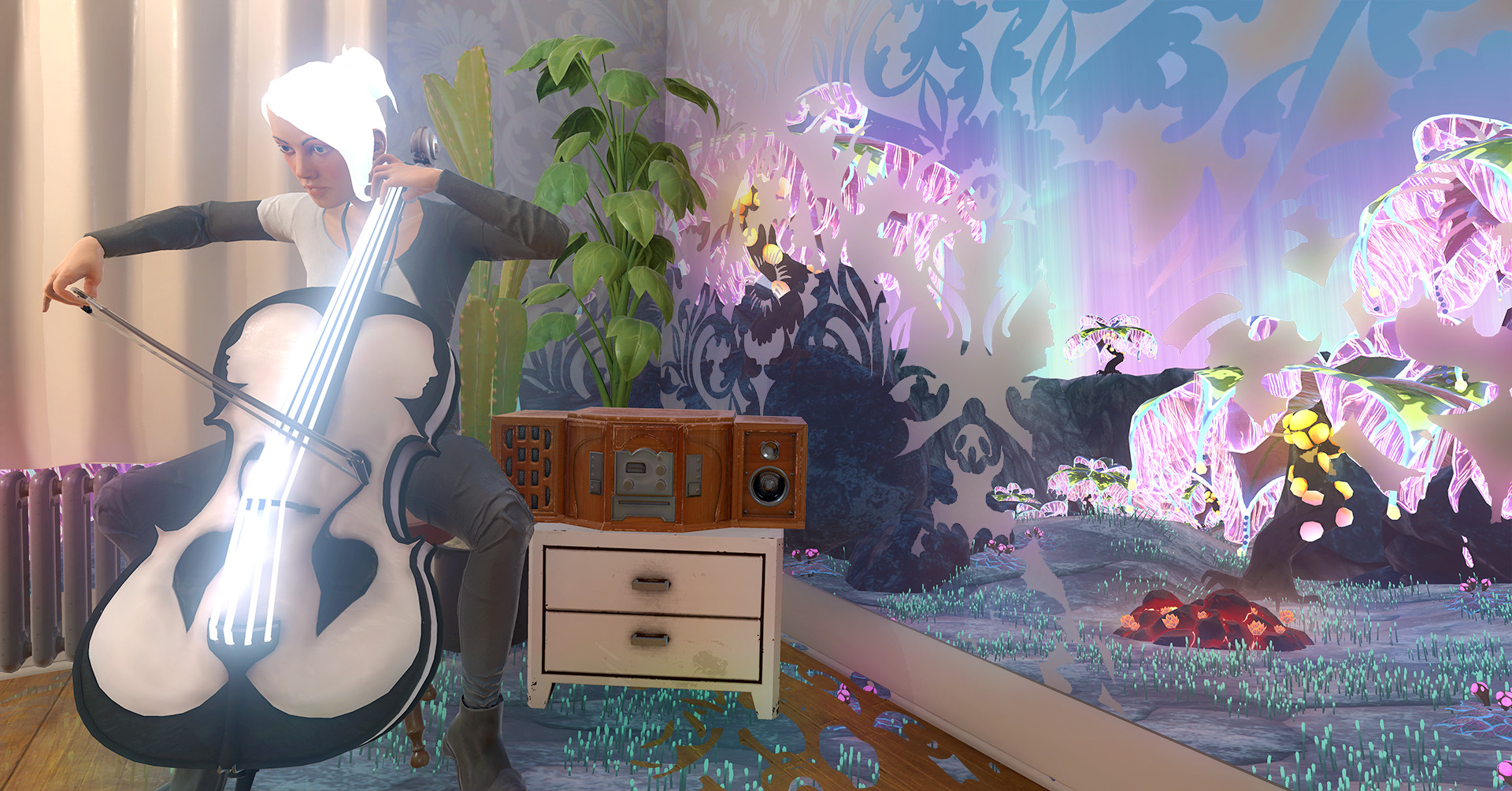 Most of this game is spent walking through the apartment looking for glowing items to interact with and progress the story. As the apartment falls into disarray, you’ll stumble across many beer, wine, and prescription bottles.

There are some whimsical environments that are quite beautiful and gloomy at the same time. Other sequences take place at a hospital where you’ll get to walk through many corridors and see Elena’s X-rays and visitors. Other than Elena, everyone else in this title is portrayed as mannequins. Only the significant ones are wearing clothes like a doctor’s lab coat. It’s a unique art style, but it works.

I was able to see one of the endings with less than three hours of game time. Half of the time was spent in VR and I finished the game without a headset on. Though the warp moving system and shadowing around the eyes helps with motion sickness, I still felt woozy after my first playthrough in VR. I highly recommend sitting versus standing with this game. 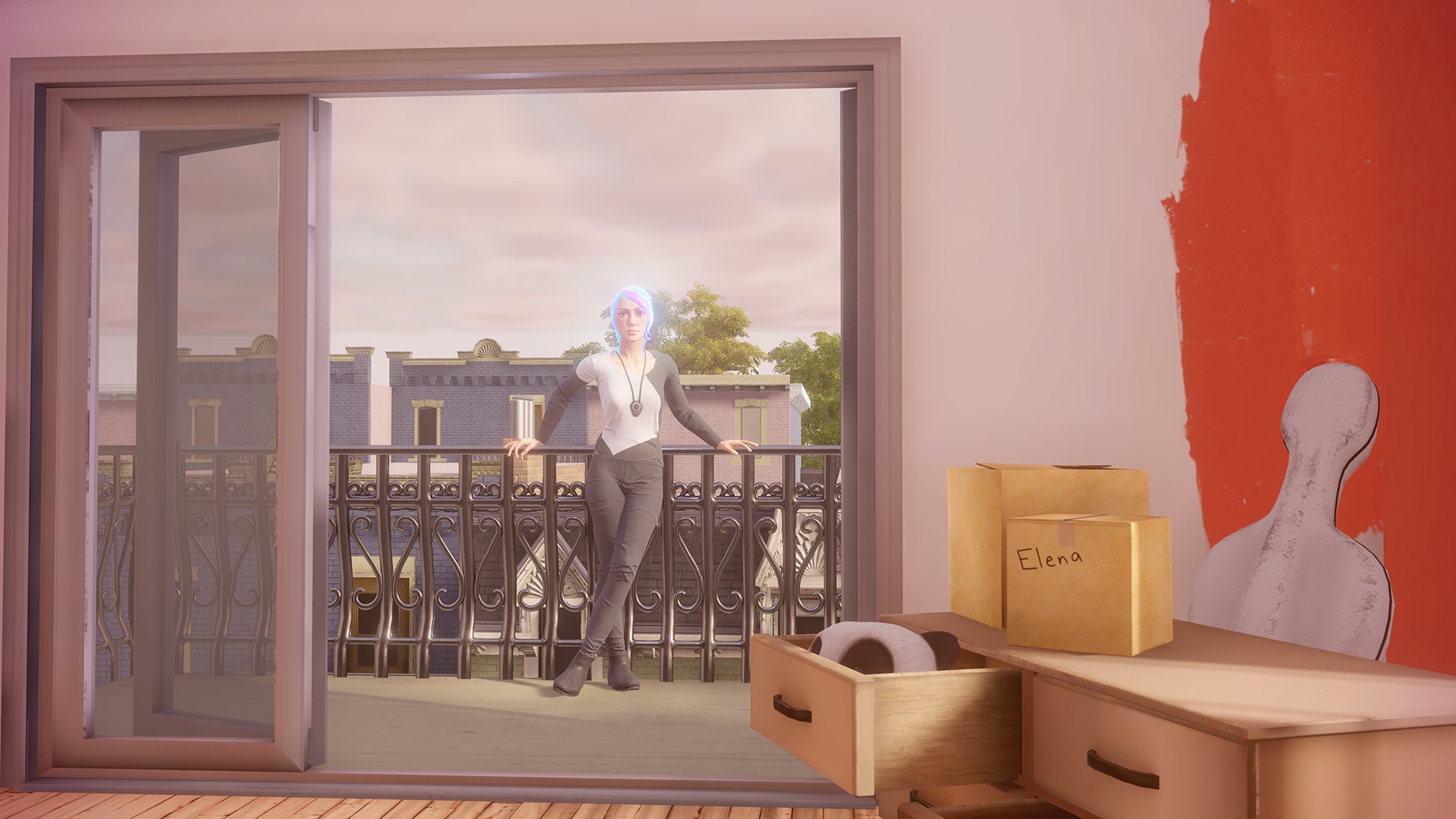 As if motion sickness was not enough of an issue, I also ran into several glitches while playing Anamorphine. I have experienced my character getting stuck during a level transition and the loss of all sound effects. Thankfully, this title has many automatic save states so not much progress was lost in those scenarios. The movement can be a little tricky to navigate at times and it’s not always clear as to what you’re supposed to do at others. The levels that are flipped sideways or upside down are especially tricky and/or slow to maneuver through.

The background symphony and cello music is well done and sets the mood nicely for the game. The soundtrack is available for purchase on Steam for $7.99 or you can buy it with the game for a slight discount.

Before picking up the game or the soundtrack, I recommend holding off for a sale. With the stability issues and short amount of gameplay, it’s hard to justify the $20-$28 price tag. Along with the living together and substance abuse, there is some blood in this title, but it’s shown as white instead of red. If you like walking simulators and interesting stories, Anamorphine is worth picking up on sale.