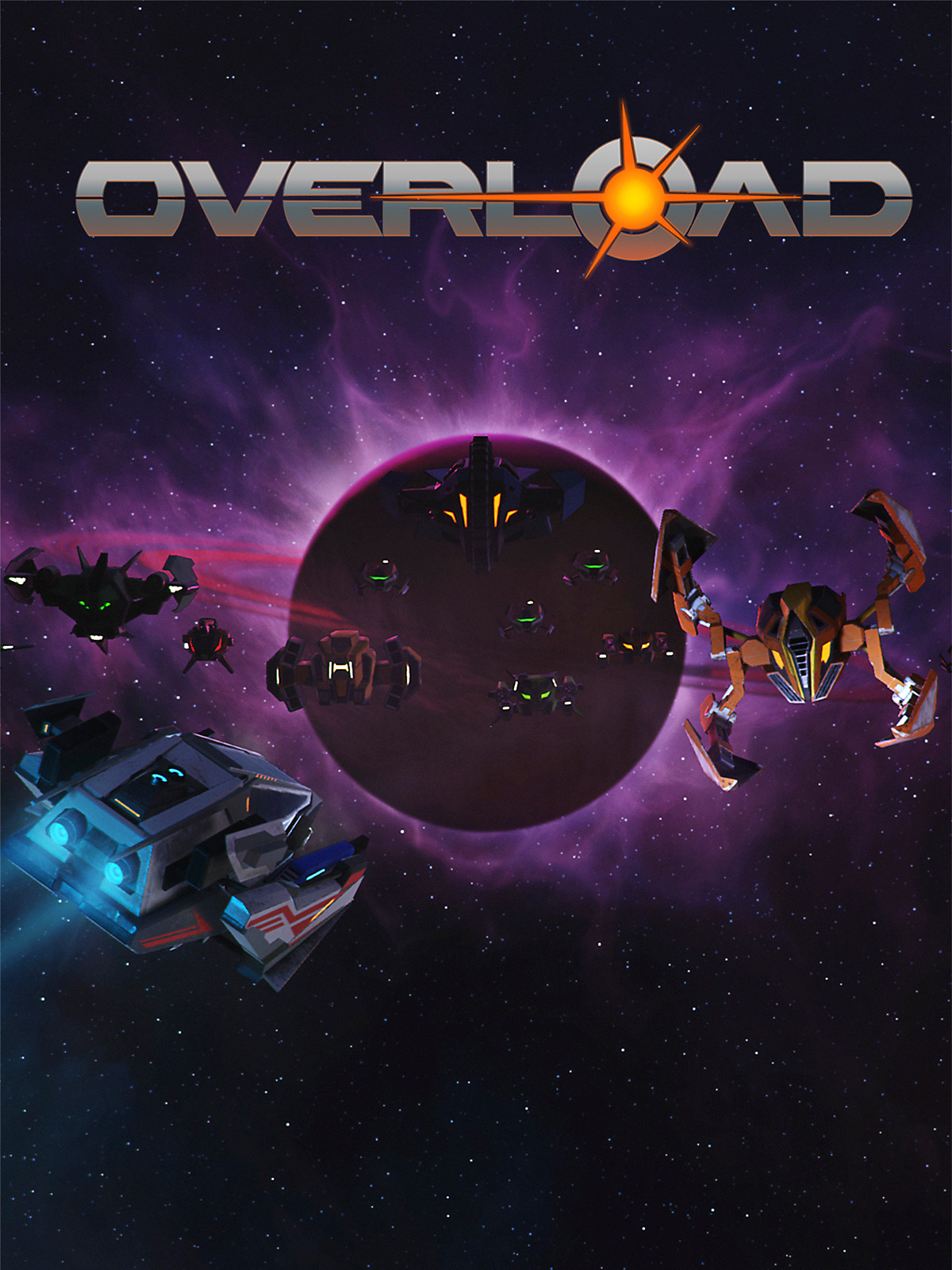 Thank you UberTri for donating the game to us so we can review it!

Having been fortunate enough to grow up with the evolution of video games as I have, I got to see many of the more unique experiments hit gaming in context. For example, I remember playing DOOM when it was new, and being blown away by it along with everyone else in the pre-internet era. Another huge genre of the time was space combat, with stalwarts like Wing Commander. Someone at Parallax must have had the brilliant idea of putting the two together: full, six degrees of freedom (6DoF) movement, along with fully three-dimensional corridor-style stages, somewhat reminiscent of DOOM in three dimensions, all from the first-person perspective. The result was brilliant, in a game called Descent.

Almost anyone who played Descent in the late 1990s has positive memories from it. It was brilliantly designed, with great-feeling movement, engaging combat, and good graphics for the time. The controls were something else, in that you had more axes of control than almost any other game. You had tilting up/down, turning left/right, sliding up/down, sliding left/right, rotation (also known as rolling), and, of course, moving forward/backwards. This meant that you needed a full six axes in order to be able to control all movements. Suffice it to say, you needed a seriously fancy control setup if you wanted to be able to do all of these, using precise, analog controls. Despite this, it was still quite fun even on modest setups, and was popular enough to spawn two sequels.

One neat thing about Descent is that the community has managed to stay alive because the engine itself was released as open source quite a few years ago. If you would like to see what all the fuss is about over Descent, you can actually try the original demo for free, with a few choices for an updated game engine. The source code was released for Descent 1 and 2 (never for 3) and so several source projects are available for those two games. 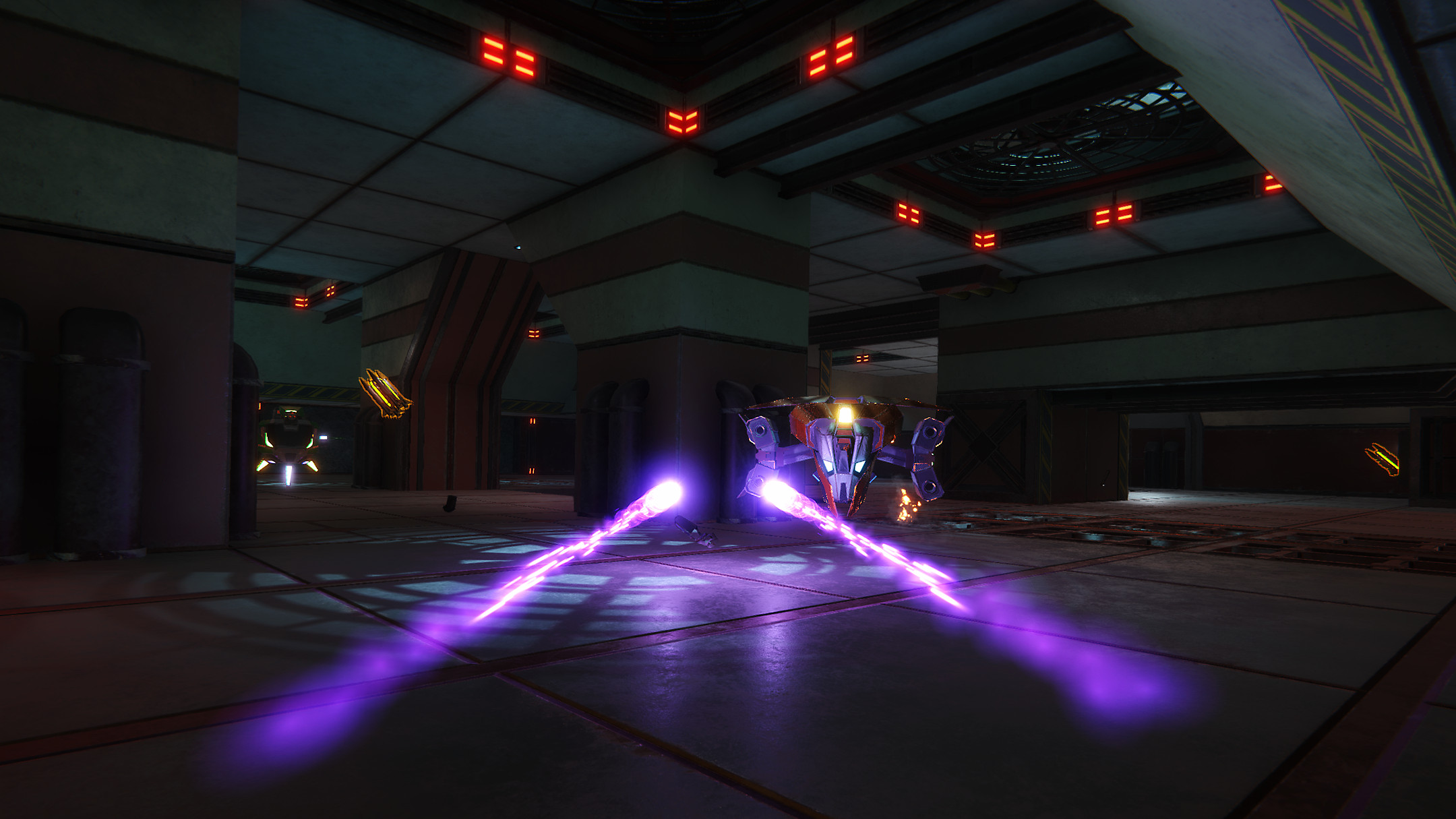 Strong Points: Excellent unofficial sequel to the 1990s classic, Descent; made by some of the original Descent developers, so it feels absolutely perfect for veterans; good graphics, sound effects, and music; free level editor; interesting revenue share system for community-made levels; VR looks amazing; great Discord community; PC and console cross-play
Weak Points: VR mode looks great, but is likely to be difficult for those prone to motion sickness; because of Sony/Microsoft limitations, there is PC and console cross-play, but the consoles cannot be on a server together
Moral Warnings: Violence against other AI machinery; minor curse words like 'h*ll' and 'b*st*rd'

Overload is the result of two of the original designers deciding that it was time to make another one. While they were unable to secure the Descent name license (another team got it first), they made what is often called a spiritual sequel to Descent 2. Overload, after having played it for a while, is exactly what I had hoped a Descent sequel would look like: Descent, only newer and better.

Overload takes place in our solar system, in a future where we are harvesting resources from asteroids, moons, and so on, using mostly AI-controlled robotic machinery to do the hard work. At some point, the AI controlling them goes haywire, and it's up to you to destroy the robots to make each mine safe again. The story is told through a combination of story explanations in between levels, and pickups that tell a pre-recorded story sequence about what happened there in the past. Sometimes, it's hard to hear these stories, because combat is happening while you are trying to hear them. What I paid attention to seemed mildly interesting, but I don't consider the story the focus of Overload.

What Overload is all about, is being a modern reinterpretation of the Descent formula. And it's got it where it counts. It moves and turns a bit faster than Descent did, which is probably for the best, and there is a limit to turn speed, so if it was too much slower, mouse control would not feel right. Thankfully, it's pretty quick, so I never felt like the mouse was being held back much at all. I also tried it with my classic Microsoft Force Feedback 2 joystick, and it plays great, but I am more accurate with the mouse, so I stuck with that for the most part. I did use a PlayStation Move Navigation controller for my left hand, which is a little-known handy device that lets you use a one-handed gamepad for your left hand rather than being forced to use the keyboard. Overload supports extensive controller and button remapping, so getting a good control config with any combination of controllers or keypresses is very easy to accomplish. I even used joystick and Steam Controller together for a bit just to try it, and it worked just fine.

When it comes to content, there is a decent-length campaign, of sixteen levels. Each level can take anywhere from a few minutes to twenty or more, depending on how much you end up backtracking and exploring every nook and cranny. The levels themselves are somewhat static, with only secret rooms/doors presenting the challenge during exploration, and of course the enemies livening things up otherwise. Despite that, the levels are quite labyrinthine, and interesting to explore. It helps a lot to have a great spatial memory, especially since you can find yourself upside-down and confused if you don't pay attention to your surroundings. Thankfully, there is a high-quality map available at any time by pressing a button, and a guide bot also available to help you find your next objective if you so choose.

There are twelve multiplayer maps, as well as a community level pack, with at least one more such level pack planned. The developers cooked up an interesting system here; if you create a level and share it with the developers, if they like it, they can put the level in a level pack, and they will split the revenue with the creator 50/50 for that level. It's a nice incentive for creators to make the best levels possible.

Other than the main mission mode (where the story is), there is also challenge mode, and online multiplayer. Challenge mode has twelve levels available in it, and in this mode you basically keep playing until you die, taking as many enemy AI bots as possible with you. There are two variants: infinite and countdown, where you have as much time as you can survive, or are given a five-minute timer. There are online leaderboards to compete against to show off your success. 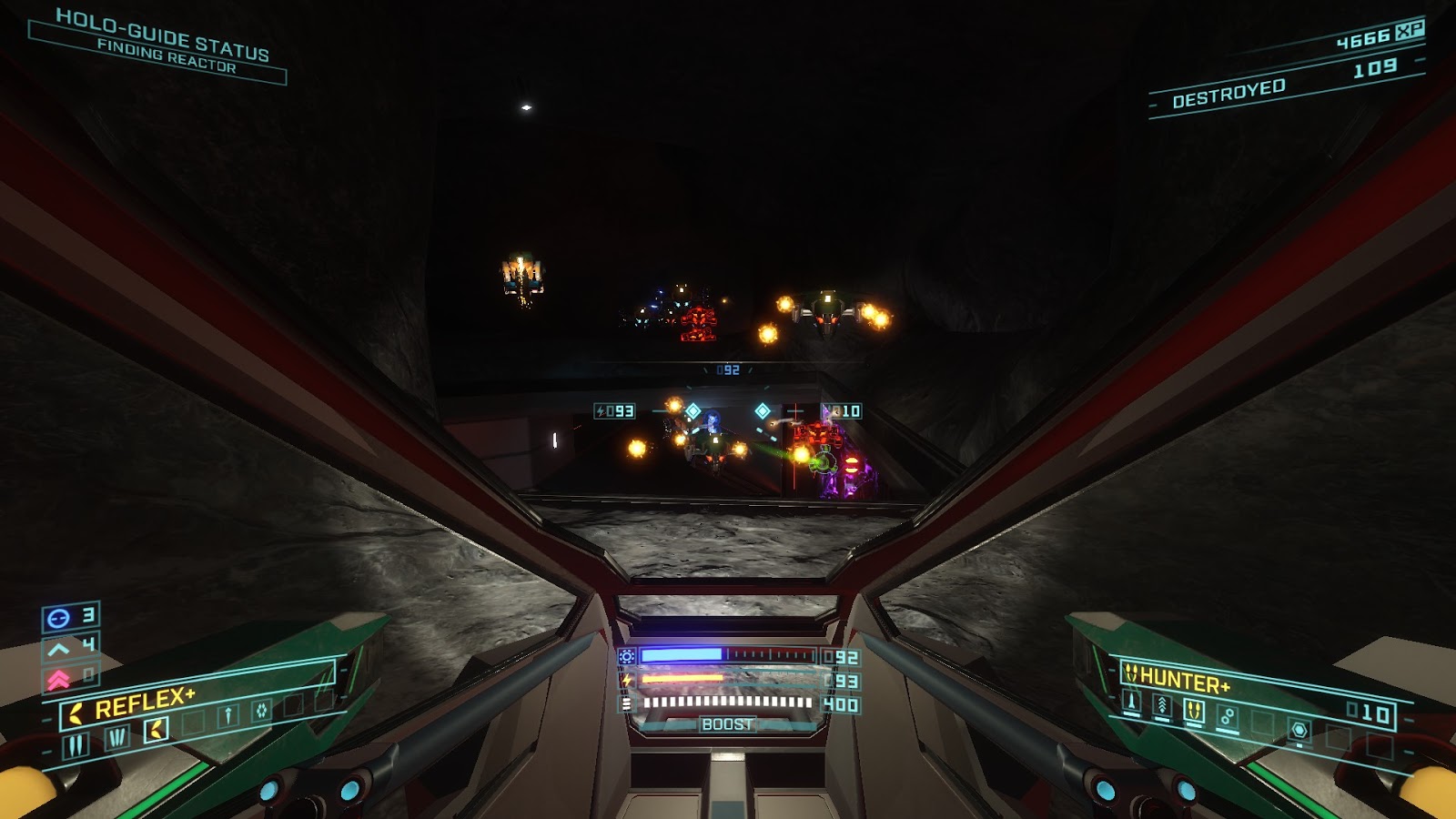 Online multiplayer is a blast, with the excellent Discord community of friendly and helpful people who are really fun to play with. Searching for a random game using the in-game interface didn't work out to well, but any time that I had free time to play, there was almost always a private game to connect to via the Discord community. I would highly encourage anyone looking to play this game online to try hitting them up - they are very nice people and the chaos of eight-player Overload is a sight to behold. You are doing well to survive for more than five seconds, but with a two second respawn time, it's great fun!

This game performs quite well, no doubt in part to the relatively simple (but certainly not ugly) graphics. I played at 4k@60Hz on my desktop without issue (though to be fair, I am running a 2080 Ti). The better test was how it would play on my low-powered GPD Win 2, and if you run the game on all low at 960x544, it looks and runs very well. There are occasional frame drops, sure, but it's quite playable. The music is quite catchy, with electronic beats and synth instruments. The music was created by original Descent musicians also, so it sounds very authentic and lots of fun.

From an appropriateness standpoint, I found Overload to be quite clean, compared to most modern gaming media. There is killing of AI bots. The main issue is that there are very minor curse words found in the story mode, including 'h*ll' and 'b*st*rd'. A kind modder from the Discord community went so far as to grab the game's text for me and sent it so I could search the entire campaign for curse words, so I am quite confident that those are the only common ones present. Didn't I tell you that the Discord community is awesome there?

Overload is a game that hits all of the right buttons for this older gamer. The 1990s were arguably the first major golden age of PC gaming, and many incredible gems came out of that period, including Descent, which this game honors with aplomb. If you aren't sure if you'll like a shooter as crazy as this, why don't you give Descent a try? There is free demo data, and with the several source ports available, you should have no trouble running it on virtually any modern (or not so modern) PC. And if you like it, Overload is very similar, but faster and more modern. I really enjoyed my time with it, and I wish I had more time to play it even more. Overload gets an easy recommendation from me.

If your multiplayer experience is not fast enough check out AT&T's Internet 10 to 100 package.