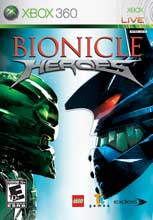 Bionicle Heroes is a game based on the (formerly) popular Lego sets. The best way to describe this game would be to say it’s a mix of Lego Star Wars and a third person shooter. It puts you in control of the six “Toa Inika” on a quest to defeat the malevolent Piraka. This quest takes you through twenty-five levels and nineteen boss fights.

As mentioned before, you play as the six “Toa Inika” Bionicles, switching between them at will. Each Bionicle has a different skill (climbing walls, walking on water/lava, jumping, etc.) and weapon (shotgun, sniper rifle, rocket launcher, etc.) which can be used to traverse the level and defeat enemies. As you move through the level, you’ll find canisters which unlock collectibles that you can view in the hub. You’ll also collect studs (think coins) which are used to buy extras and to activate hero mode. Hero mode, which is triggered after you fill the hero meter with studs, makes you invincible and allows you to assemble gold Lego pieces required to progress through the level. While a good idea in theory, this makes the game far too easy. I make no exaggerations when I say I was invincible for at least two-thirds of the time I played. Another problem is just how repetitive this game is.  The formula never strays from: kill enemies along a linear path, switch to particular Bionicle to cross obstacle, kill more enemies to earn studs to fill hero meter, use hero meter to build gold Legos.  Unfortunately, the boss fights don’t break up the monotony. 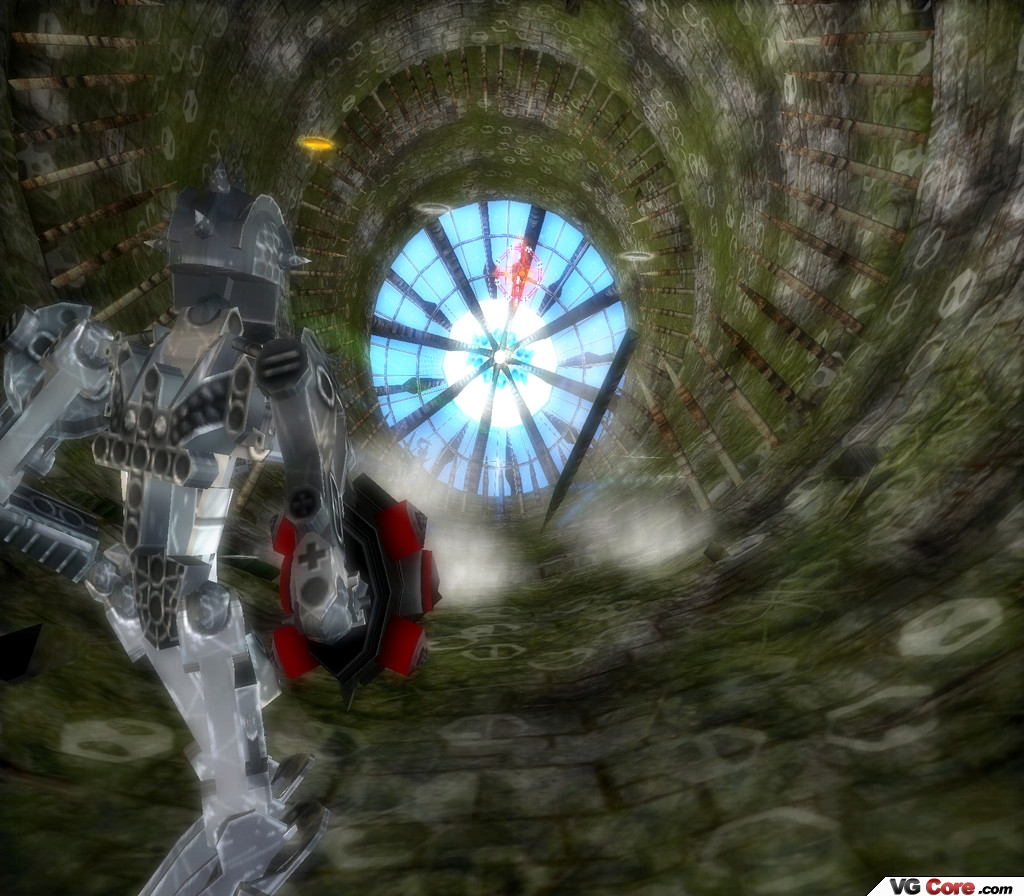 Strong Points: A shooter for children

Moral Warnings: There’s really not much to say here, it’s a kids game. You shoot robotic, Lego animals and the bosses are more like plain robots. They all generally just explode in Lego pieces. No blood, no gore, no issues.

I played this on the Xbox 360 and actually thought this game looked okay. Granted it won’t impress anybody like Crysis or MW3, but there were some nice bloom effects and the frame rate held steady. Level designs were nice, but the usual stereotypes are present and accounted for (Volcano, Jungle, Desert etc…). The Lego characters looked like their real world counterparts, moved fluidly, and many their guns had neat effects, such as the grenadier whose weapon almost looks like it’s opening a black hole.

Nothing impressive in the audio department; just background music that repeats too much, mute characters, and simple laser gun sounds. It’s not horrible, but it’s not good either. 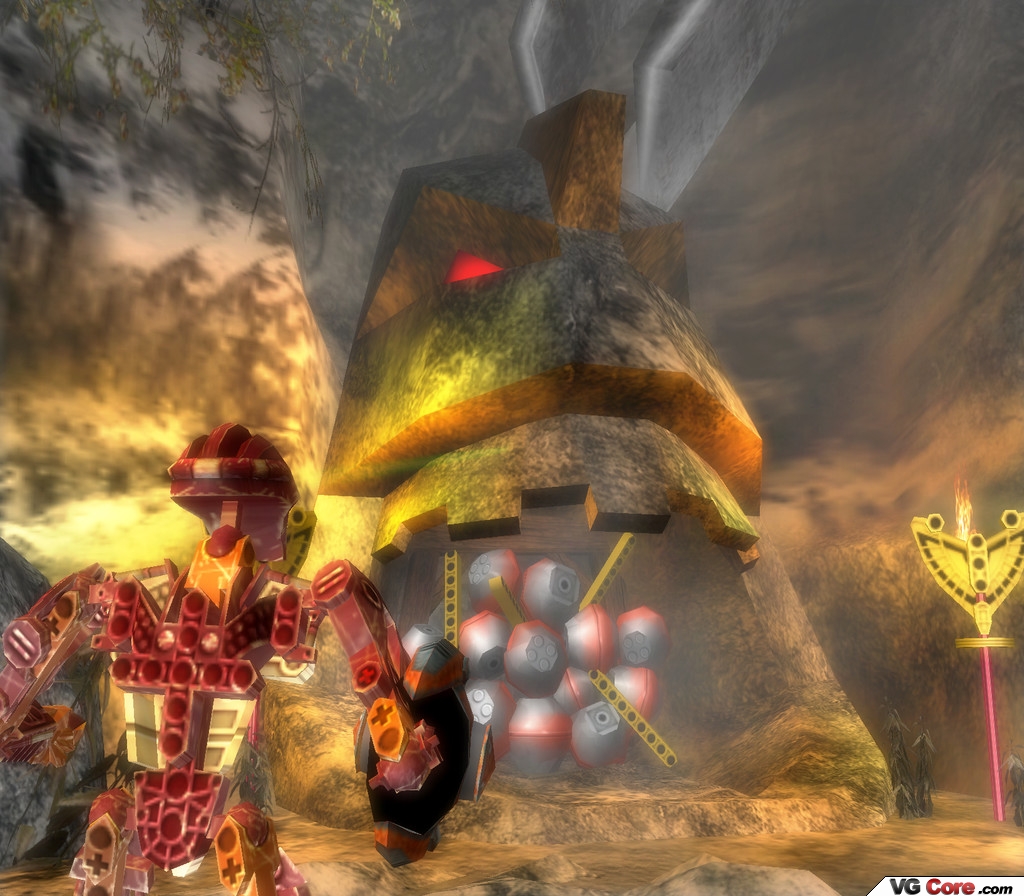 The controls take a little getting used to but they are functional.  Bionicle uses a Tank control style where the movement and view are combined. Instead of moving with one stick and aiming with the other, one stick moves the character forward/backward and turns him as well, while the other looks up and down. To strafe (run left and right) you must pull either trigger. Normally I would just say hold down the trigger and stop complaining, but this prevents you from turning. As you can imagine this makes the game hard to enjoy, but thankfully overly strong auto-aiming evens it out a bit.

I can only recommend this game to two groups: kids who love Bionicle, and achievement addicts. I’m not joking when I say I hadn’t yet beat the game and I already had over 750 gamerscore. This is an okay title to introduce kids to the idea of a shooter, and I would actually recommend it on that basis. For anyone else, look for a fun title elsewhere.