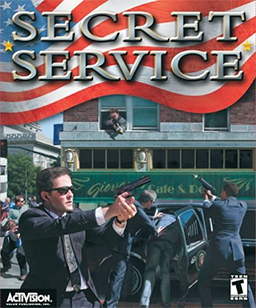 When I first saw that the was disc stamped with a “This computer software is not approved, endorsed or authorized by the U.S. Secret Service,” I just assumed that the government hadn’t been involved with the project. After about ten minutes of playing though, I’m pretty sure they just wanted to distance themselves from anything related to this abomination. Honestly, I’m not sure if I want my name associated with it either.

Assuming you’ve never played a first-person shooter before, Secret Service is more than willing to explain it to you. Jump, crouch, awkwardly lean, and finally shoot anyone who isn’t American—a cycle only interrupted by unexpected (and unexplained) jumping puzzles along with an archaic hacking mini-game. Unfortunately for the developers at Cauldron, I’ve played a shooter before, and you probably have too. I understand the basics of pacing and level design, and you undoubtedly understand them on a subconscious level if nothing else. So why is it that this game confounds me?

I was ready for a bland, generic shooter; in fact, I was almost looking forward to it. A simple, no-nonsense FPS by a small developer can be a nice change of pace when all the popular development houses are concerned with big budget action movies—erm, games. Shoot everyone, ask questions later gameplay mixed with some ol’ government conspiracy theories doesn’t sound like a bad recipe; it’s just that they were mixed in the wrong cauldron. 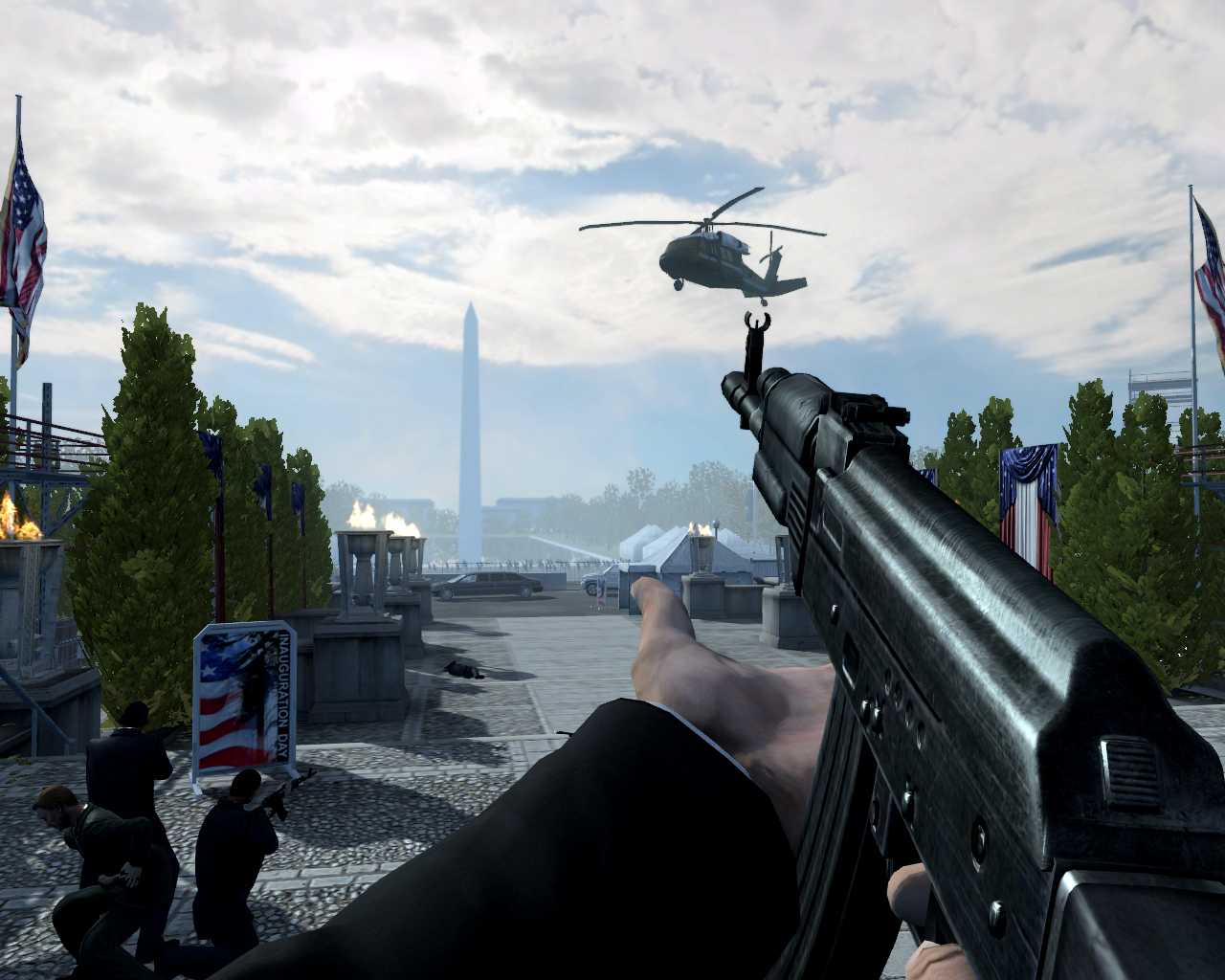 The portions where combat is prevalent are actually decent, believe it or not, but the game changes gears multiple times throughout each level, and it’s just disorienting. After shooting my way through waves of enemies, completely disregarding the value of a human life, being told that I should instead use a stun gun on the security agents (who want me dead just as much as the regular enemies) feels a bit forced.

Of course, it’s not like the story doesn’t already seem implausible, but it’s passable for a budget title. After discovering oil in the fictional country of Costa Sentava…I can’t remember any more than that. There’s a nifty little intro when the story begins, and I’m sure it explains the basics, but I commend anyone who can remember the specifics. Even though I was constantly reminded of the story through the voice recordings found on dead bodies, I’ve yet to figure out what was happening. From what I’ve learned of Costa Sentavan culture, “Let American blood run in the streets!” is how they say hello and their favorite battle strategy is running straight at their enemies while screaming.

What a quaint little country.

But after learning more than enough about a fictional country, I began to notice some odd design choices. Everyone remembers their first tripwire mine, and I certainly remember jumping out of my seat after that first terrifying explosion, but the concept is abused here. Along with electric fences, mines are used in awkward jumping sections that feel out of place. There are no visual or auditory clues that signal their presence and they remain completely unexplained throughout the short campaign. To make it even more confusing, waypoints don’t account for the route the player has to take, so I often found myself guessing where I was meant to go. 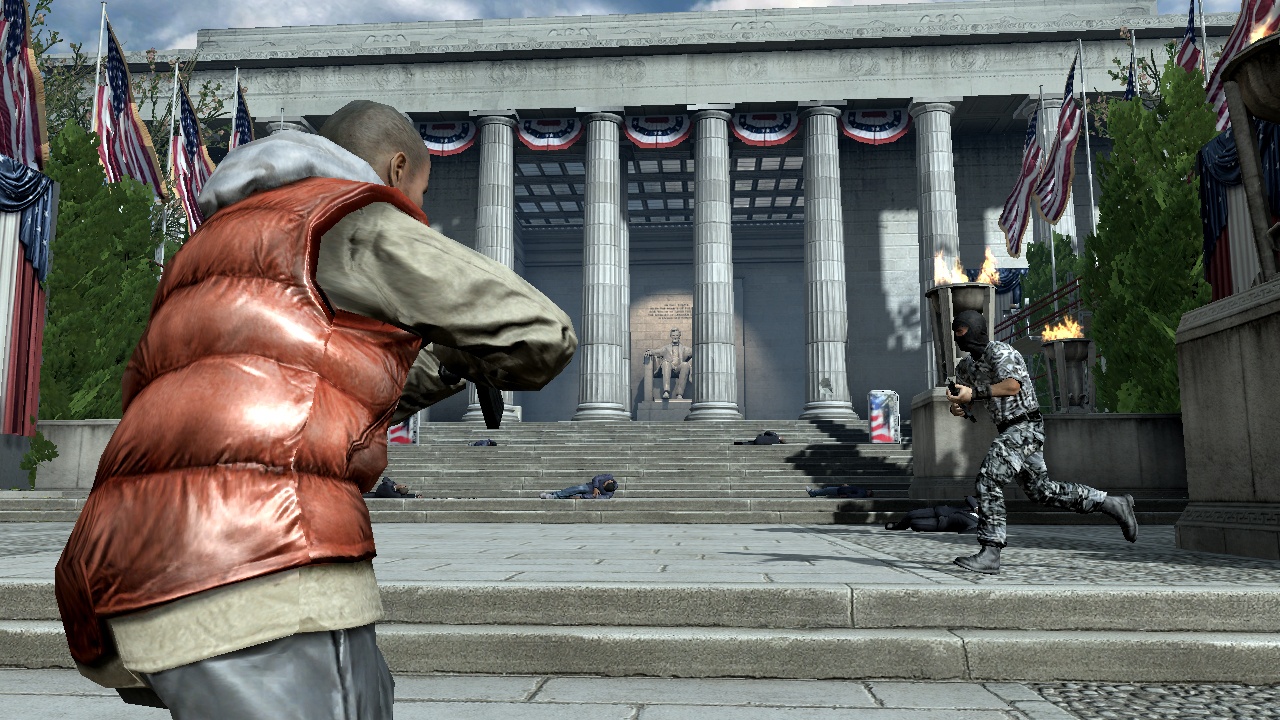 That problem didn’t deter me from beating most of the levels (there really aren’t that many, and they all feel the same anyway), but by the end of my time, I simply couldn’t take it anymore. I was never offended by the game’s moral flaws or poor design, but it just feels so indecisive. It doesn’t take any radical chances to define itself, and while that’s not always a bad thing, there’s too much fluff here to justify the game’s existence. Cauldron clearly didn’t know what they were doing, and it feels as if an inexperienced novelist tried creating an entire game by himself.

“Why isn’t the army intervening?”

“Because there’s a bunch of conspiracies against America.”

“…traitors? Oh, and they’re suicidal! And they plant mines everywhere! And they have turrets! And, and, and…”

Cauldron, completely unsure of the target audience, threw a little blood, cursing, swearing, and the opportunity to kill government agents to ensure the game would get a T-rating by the ESRB and placate parents opposed to their children buying M-rated games. They mentioned “the government is conspiring against us!” a few times, slapped on some generic cover art, and finally contemplated what they’ve done with their lives.