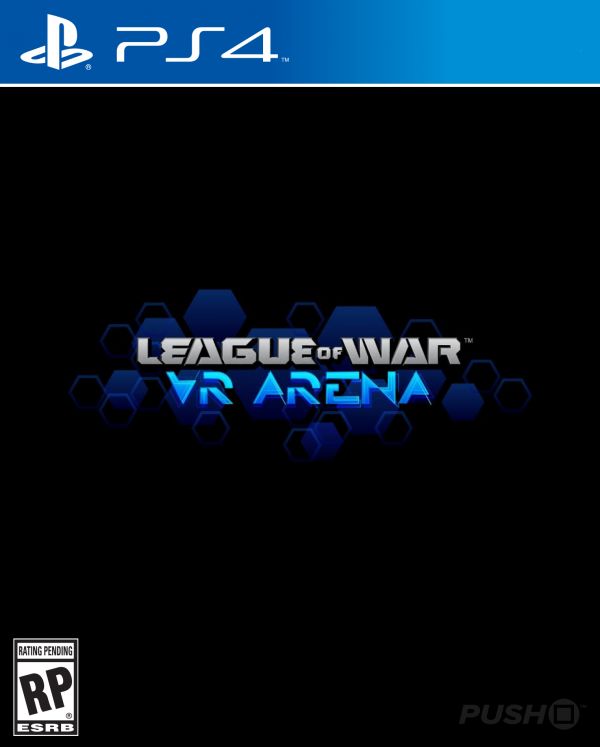 Thank you MunkyFun for sending us this game to review!

In many movies, there are battles simulated and planned on a table top. Just like those movies, in League of War: VR Arena, you get to fight your opponent in a virtual reality tabletop setting. The battles last four minutes and are pretty intense. Explosions are a given and if you play your hand right, they will take place on the enemy’s side of the table.

At first, you start off with one commander, but as you defeat their foes, more commanders and combat vehicles will become available. Each of the commanders have a (weak) backstory and a unique artillery loadout. The commanders are decently voice-acted and the sound effects are fitting as well.

Some of the units available include infantry, tanks, rovers, artillery vehicles, and helicopters/attack aircraft.  Each of the units has a benefit and a drawback. For example, tanks are powerful but slow, and the artillery does great long-range damage, but can’t attack the nearby units damaging it.  There are different infantry-type units including flamethrowers and snipers.  Both units can dish out a significant amount of damage, but can’t take it themselves. 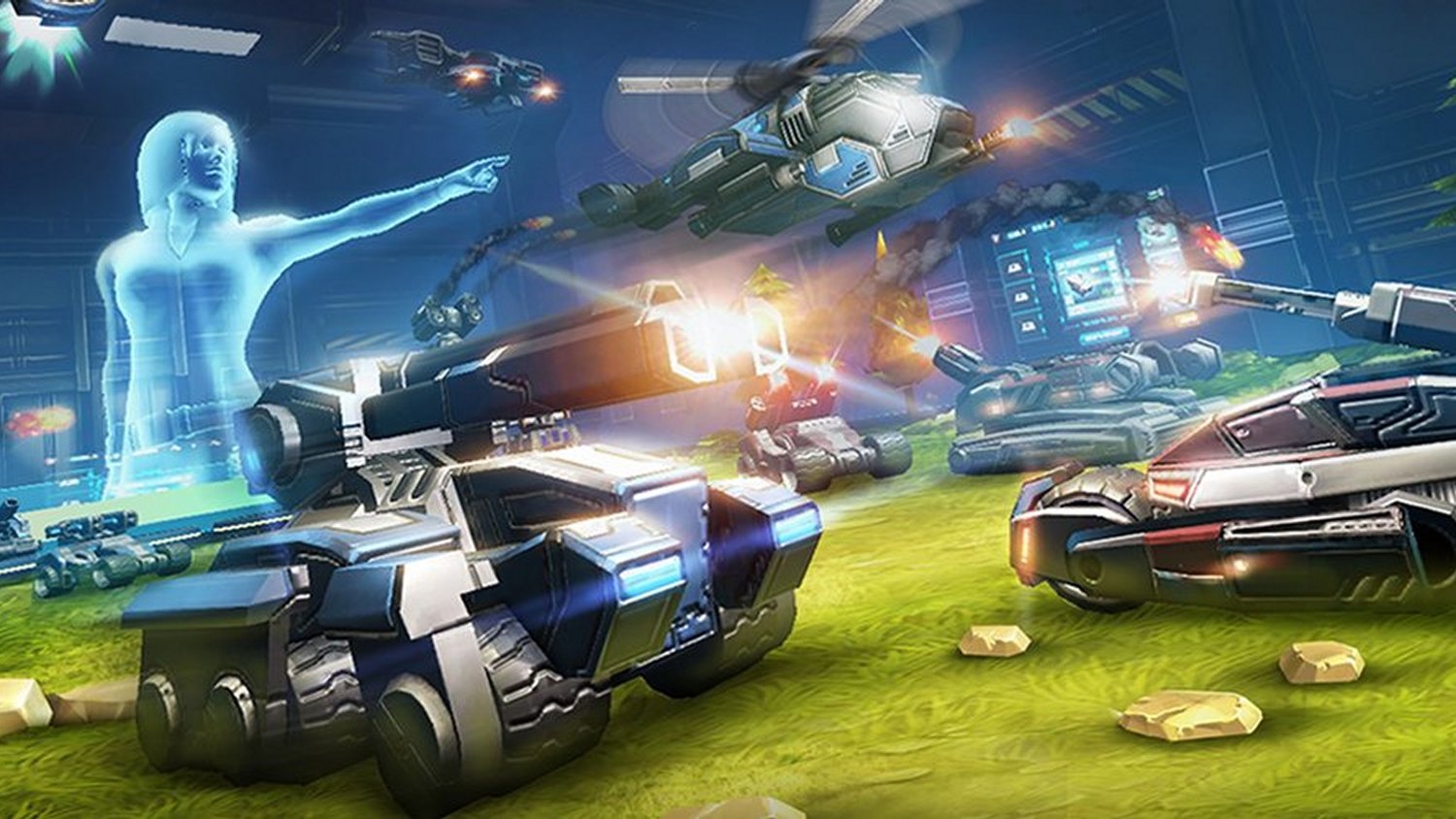 Unlike most real-time strategy games, you don’t need resources to deploy units, only time and power. There is a cooling-off/charging period that has to be met before you can pick up and drop a similar unit into the battlefield. Once deployed and given an initial target, you have no control over it.

Any human or creature with opposable thumbs can drag and drop units onto the battlefield; where is the strategy? It’s best to deploy units in groups so there is strength in numbers. If you send out a lone infantry unit, they’re done for. If you leave a unit charging a little longer, they will become super-charged and more powerful; can you wait that long though? If you don’t mind slowing down the production of other units, you can allocate more power to one that you want to deploy more frequently.

The first few battles are pushovers, but it doesn’t take long to have the tables turned and get your butt kicked easily. The AI seems to have some pretty cheap tricks that they use. Mixing up your strategy is your best bet, or finding humans to play against. Multiplayer is possible in the arcade mode. The second player has to use a controller and a regular screen though. The arcade mode also lets you purchase units with medals earned in battle. Even if you lose, you’ll earn at least one medal. If the timer runs out, the player with the most points wins. I’m guessing points are determined by units and bases damaged. 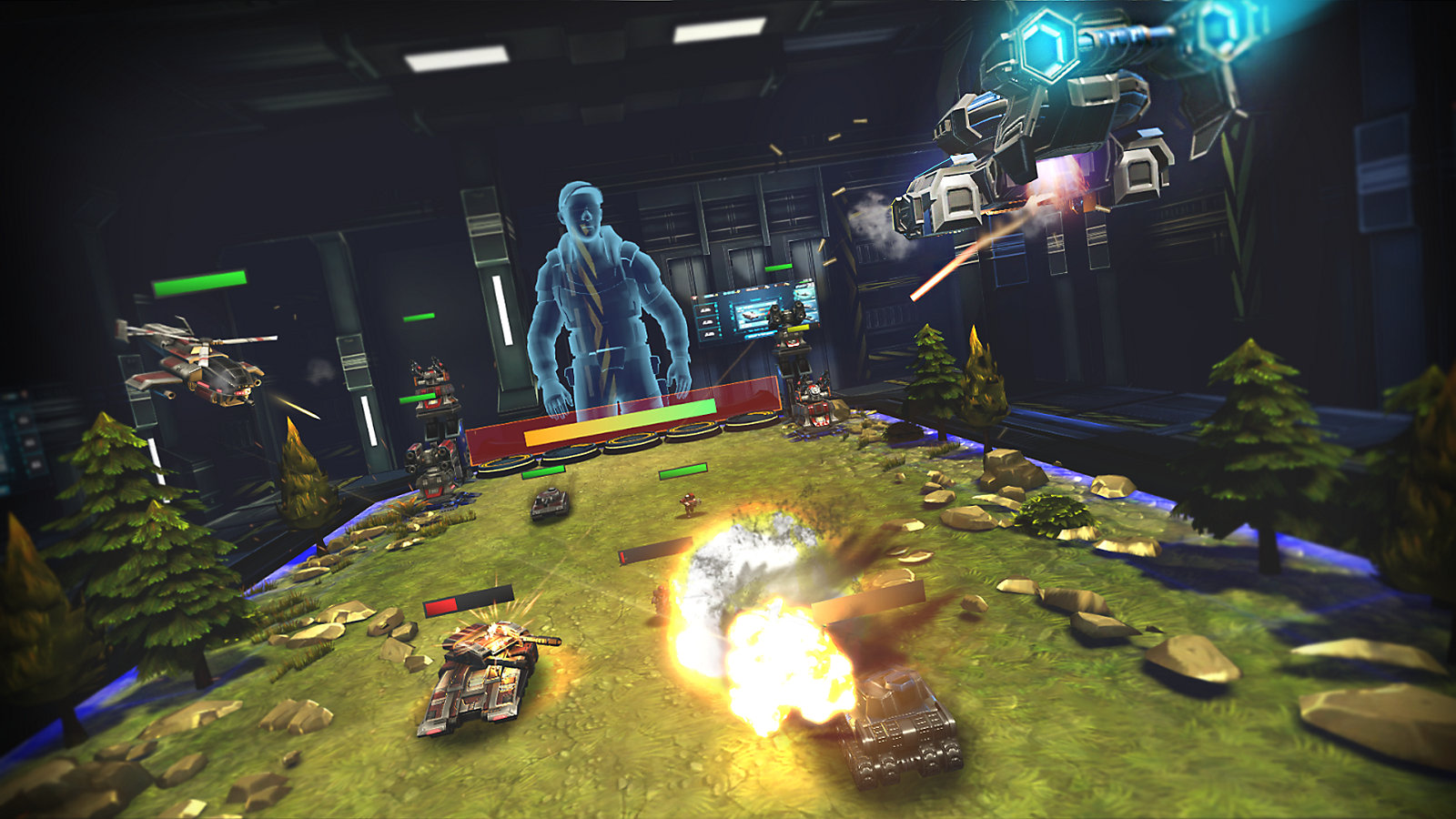 League of War: VR is pretty family-friendly. There is no blood or gore, just vehicular explosions. One of the commanders considers himself intellectually superior to all humankind and refers to everyone else as idiots. That’s the extent of the bad language in this game.

Though the game itself is stable, the inherent PSVR tracking issues remain. Even in a well-lit environment, the camera had a hard time tracking the Move controllers unless I was standing up. Other than that, this title ran fine.

While League of War: VR has some fun moments, the unbalanced/unfair battles and lack of unit control leave much to be desired. Multiplayer is a nice feature if you want more balanced gameplay. The asking price is $19.99, but I recommend waiting for a good sale before picking it up.