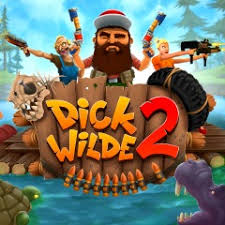 Thank you PlayStack for sending us this game to review!

Dick Wilde was released in 2017 and received positive reviews. Regrettably, I haven’t played it, but I did add it to my Steam wishlist as I enjoyed playing the sequel. The story is pretty much the same with the swamp wildlife mutating and becoming vicious. It’s up to you to get rid of them all and their leaders (bosses) too.

To cleanse the area of mutated creatures you’ll need to hop on your raft and arm yourself with weapons and power-ups. The vertically challenged Dick Wilde isn’t much of a fighter, but he sells a lot of handy equipment to give you a fighting chance! Along with revolvers, shotguns, Uzis, and plasma rifles, you’ll find health extenders, critical attack increasers, as well as health kits.

In total, there are three worlds with several key gathering and challenge missions within. Many of the levels have several keys which will take multiple runs to collect them all. The keys are needed to unlock the final boss battle. Once the monstrosity of a boss is defeated, you can advance to the next world. 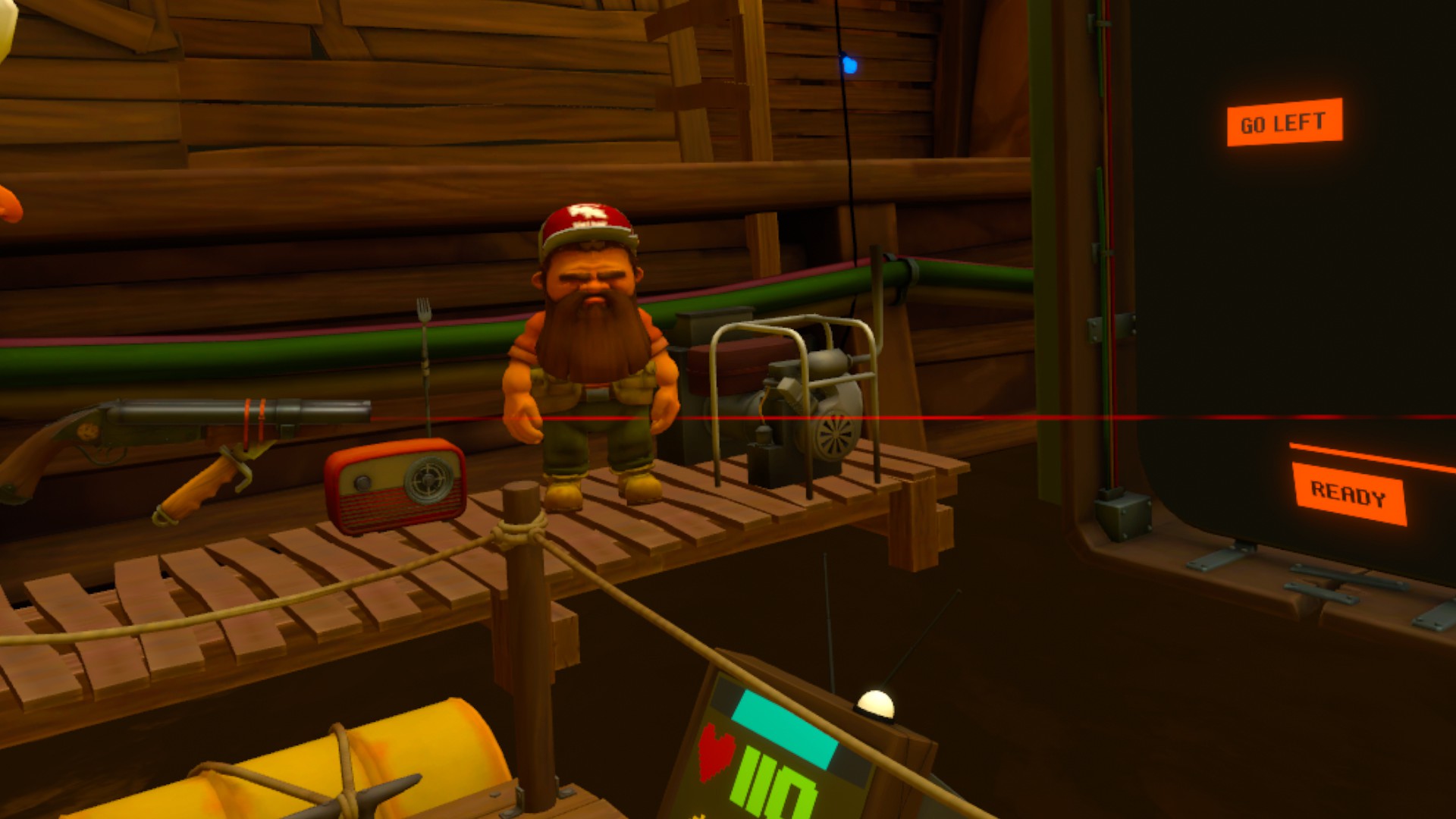 Dick Wilde 2 is an on-rails shooter where your raft is on a set path and you get to make a couple of directional choices (left or right) to gather keys that were not accessible earlier. As your raft is floating through a river or tunnels, various debris will pop up from underneath and you’ll have to shoot it apart before it damages your raft. You’ll need to dismantle partially submerged vehicles, refrigerators, wooden fences/crates, metal barrels and so forth. Red barrels are combustible, which comes in handy for quickly taking down groups of enemies or debris.

Enemies come at you from all directions, underwater, from the side, and even in the air. Crabs and fish will jump out and attack you while other creatures like giant rats, moles, scorpions, and snakes will hurl flaming or poisonous orbs at you. There are some squid/jellyfish like creatures that need to have their protective aura dissolved before you can do any damage to them.

Along with watching out for enemies, you’ll have to pay attention to your surroundings. Some levels have locked gates that only open if you shoot the numbered buttons in the proper sequence. Many levels have a couple of checkpoints where you can restore your health, buy power-ups, or upgrade weapons if you have the cash to pay for it. Money is earned by clearing out debris. Once a level is completed you’ll get to see various statistics like your accuracy, how much damage had been dealt and received, and how much debris has been cleared. 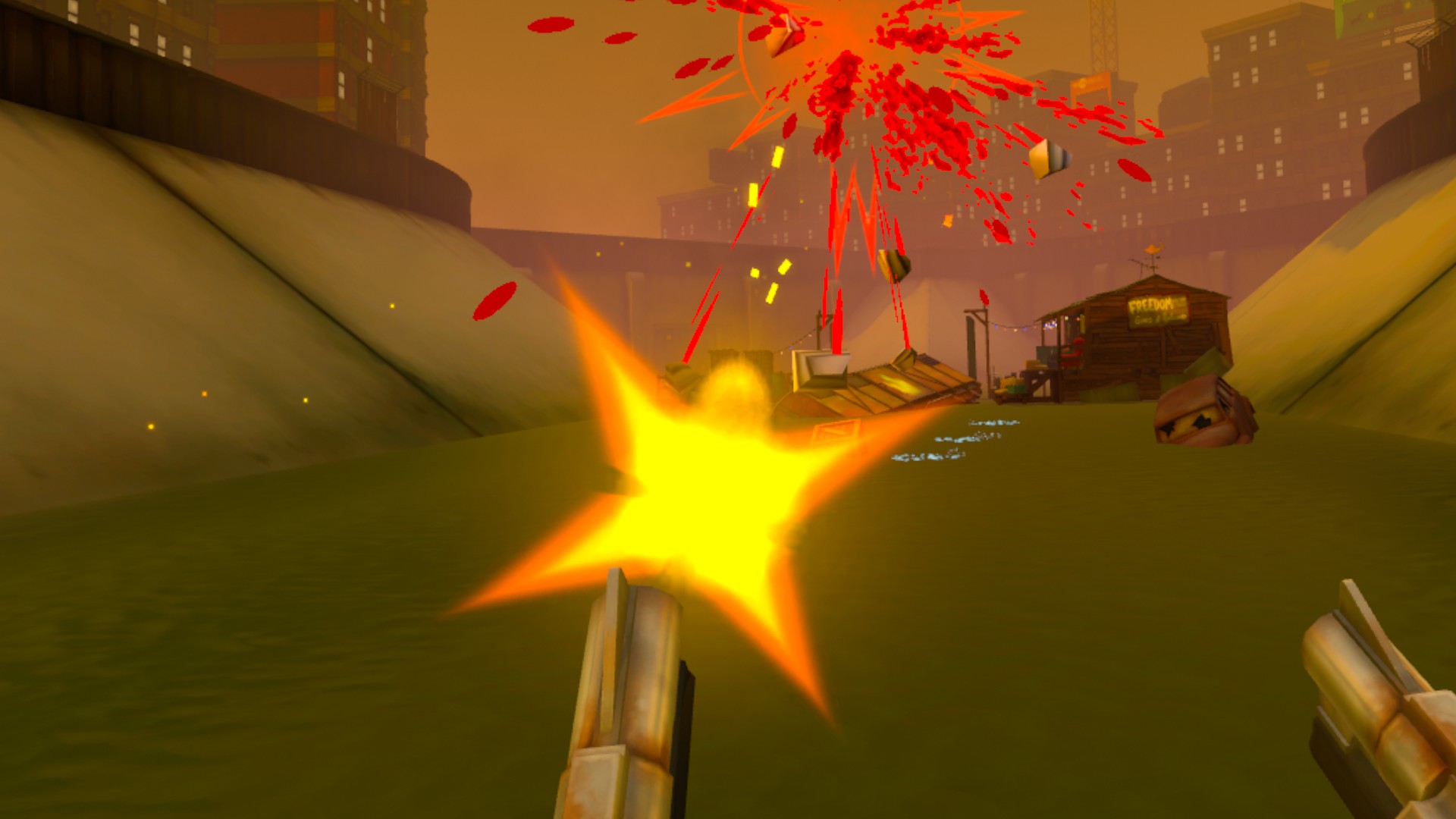 Multiplayer is a great feature and fun to play if you can find someone to play alongside. I was able to find an active game during the weekend, but any other time has been unsuccessful. Voice chat would be a nice feature to implement to communicate more effectively than waving and pointing your guns around. On a positive note, I like how progress/keys carry forward in the single-player campaign.

Graphically, this game is very colorful and there’s a lot of variety when it comes to weapons and enemies. The level design is decent but gets repetitive by having to replay them four times to collect all of the necessary keys. To mix things up you can play them out of order. The menu interface is pretty entertaining as you can shoot the environment as you’re looking around or waiting for a multiplayer match. Unfortunately, exiting the game is not intuitive and I had to rely on my controller buttons to leave the game since there was no menu option to do so gracefully.

The audio is entertaining with Dick Wilde’s funny comments like “Well butter my buns and call me a biscuit!” and “It’s a me, Dick Wilde!” The sound effects are fitting and the peppy background music is nice when it’s not drowned out by gunfire.

Dick Wilde 2 is pretty family friendly though it does have a couple of issues worth noting. Living creatures explode when shot and you’ll see red pieces falling and coming out of them. After shooting and destroying hundreds of mutated creatures and floating debris, my fingers hurt after a while. If you’re a middle-aged gamer you might have to take a few breathers to give your hands some rest.

In the end, Dick Wilde 2 is a fun, but flawed experience. Co-op multiplayer is great, but hard to come by and the levels are fun, but repetitive. If you enjoyed the first game you’ll probably like this one though I hear it’s not as challenging as the previous title. Gamers who like on-rails shooters should check this game out. If you’re looking for co-op play, you may want to look elsewhere unless you have friends who own this title already.