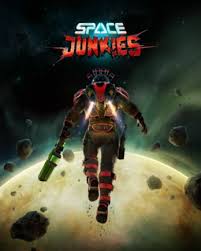 As an aging gamer, I’ve played many classic first person shooters (FPS) when they first started to emerge in the 90s. Classic games like Wolfenstein, Doom, Quake, and Unreal Tournament bring back fond memories. The thrill of collecting better weapons, armor, and health power-ups while trying to stay alive has been added to a solid virtual reality game: Space Junkies.

Ubisoft is no stranger to VR games and we have reviewed a few of them. Space Junkies isn’t their first multiplayer only game and I hope it succeeds as VR is still developing a user base. Thankfully, I’ve been able to find players to battle against but sometimes it takes a couple of minutes to gather one to three other players in the lobby. The first time I played there was only one other person online and I can safely say that this game is the most fun with more players. In the multiple gaming sessions I’ve embarked on, there was at least one player who would curse while playing. Keep that in mind if you’re going to have kids play this game. There are options to setup private matches or invite players/friends that you already know.

Before you can partake in the online battles, you must first complete the tutorial to familiarize yourself with the weapons and controls for movement. If you prefer close combat your space suit has a shield and a laser sword behind each of your shoulders. While great in a pinch, the guns are undeniably more powerful and fun to use.

If you’re familiar with FPS games, you’ll recognize many of the guns available in Space Junkies. There are some futuristic pistols that can be dual-wielded if you can find another on the map. The chain gun is pretty powerful, but requires two hands to operate. The biorifle is super powerful as well but has to be pumped and is only good for one shot before requiring a reload. The rocket launcher is good for a few rounds and will detonate after you throw it when it’s out of ammo. The slingshot is quite powerful, but takes time to pull back and aim. If it does connect with your target, a huge chunk of their health will be gone. My biggest complaint is that health doesn’t seem to deplete fast enough when getting attacked. Although you’re given credit for headshots, it still can take a few hits before an opponent goes down from them. It all depends on the weapon used but still, a blow to the head is usually an instant kill. Just ask Goliath (1 Sam 17:49).

The maps are well designed and have different themes to them. There are plenty of places to duck for cover, but like most FPS games, all of the good weapons and power-ups are out in the open. I like how they display a countdown for when they will respawn. If you’re playing a team-based match, you’ll have a tracker for your other teammate. For the enemies you’ll have to listen for their jetpacks to know when you’re close. If you’ve been detected, the screen will let you know and you can expect some projectiles coming your way shortly after. 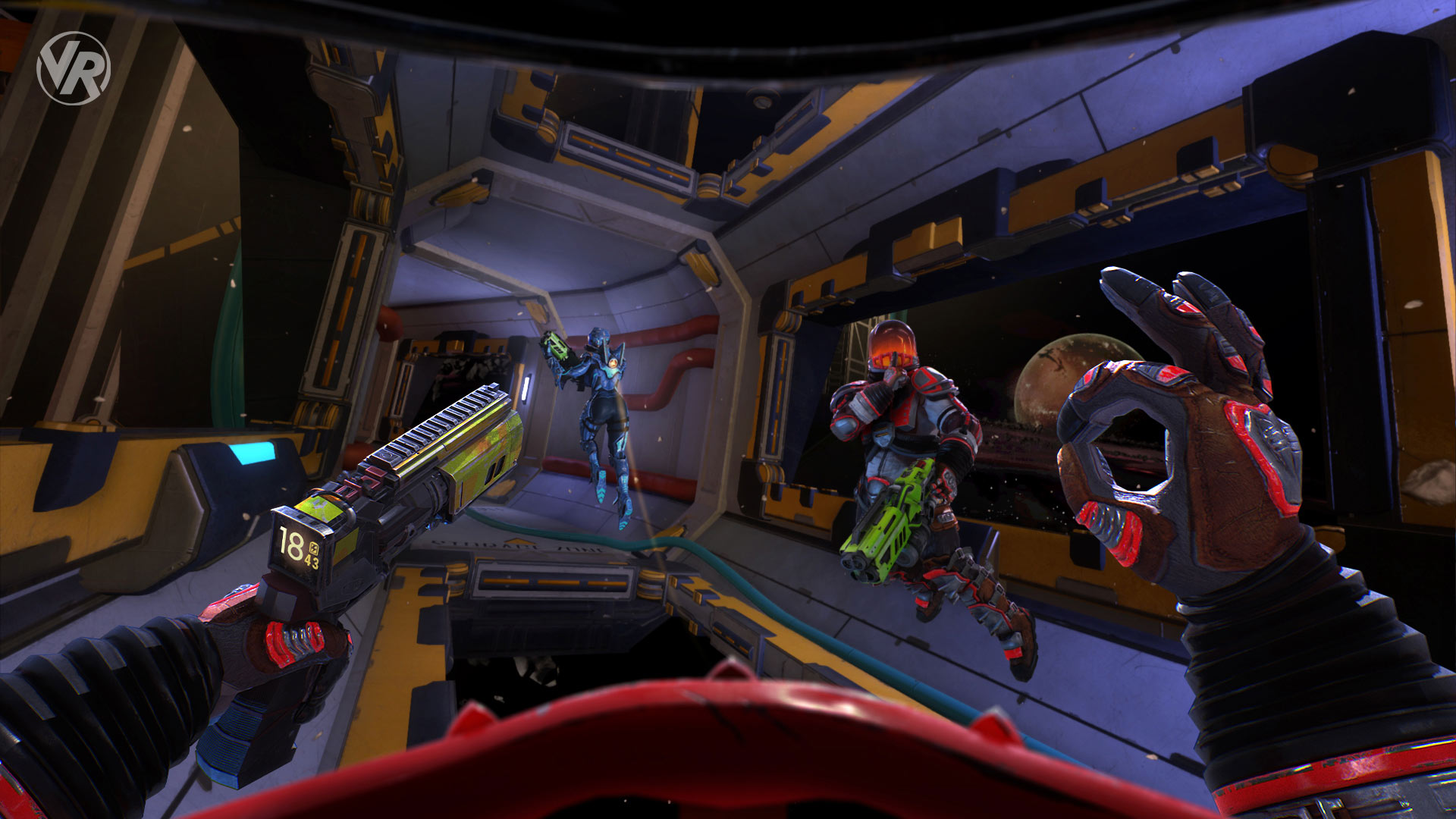 Sound wise this game is pretty good. The over-enthusiastic announcer in entertaining to listen to. The weapon sound effects are fitting. There is no background music, only the sound of breathing in space.

There are a few game modes available. Free-for-all is your standard death match mode where nobody is safe and whoever has the most kills after five minutes is declared the victor. If there are only two players you can Duel with them. King mode has a crown that can be worn by a player and non-teammates must try to take it off of their floating body. The person who wears the crown the longest, wins. Teams can consist of one to two players one each side. The more, the merrier.

No matter if you win or lose you’ll earn experience for each battle. If you leave early, you will be penalized so please don’t do that. When your character levels up, they will get a prize box which will unlock various cosmetic items like avatars and backgrounds.

As a multiplayer only title. Space Junkie’s success is determined by the online community. There are no bots, only some targets to shoot in the lobby while you’re waiting for people to join. So far, there has been a decent turnout of players. I hope new content keeps coming to keep players interested and that it’s a success. It’s definitely one of the better VR games out there.