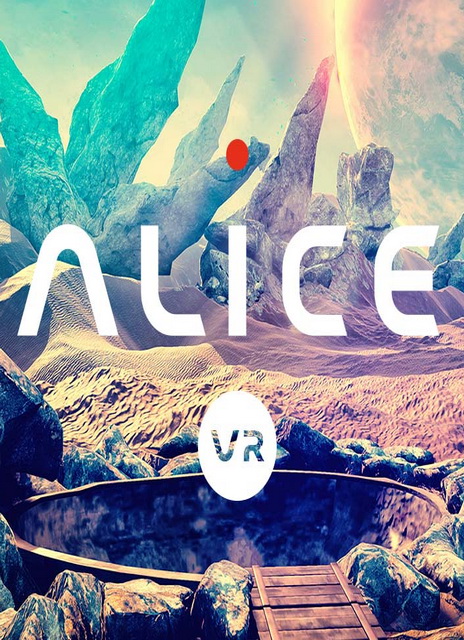 Thank you Carbon Studio for sending us this game to review!

Unlike the fairy tale, Alice VR takes place in space on a ship experiencing a severe malfunction. The problems are severe enough to warrant being woken up from your cryogenic sleep. In order to make the necessary repairs you’ll have to access various areas of the ship and some of them require shrinking yourself and returning back to your normal size.

Maneuvering throughout the game is simple enough using an Xbox One controller. The joysticks allow your character to look and move around. Keyboard and mouse support works just as well. The character moves very slowly and this is probably an attempt to avoid inducing motion sickness. Sadly, it doesn’t work. Thankfully, the game is still playable without a VR headset. There is a menu option for increasing the movement speed, and after getting nauseated twice, I opted to play the remainder of the game without VR. 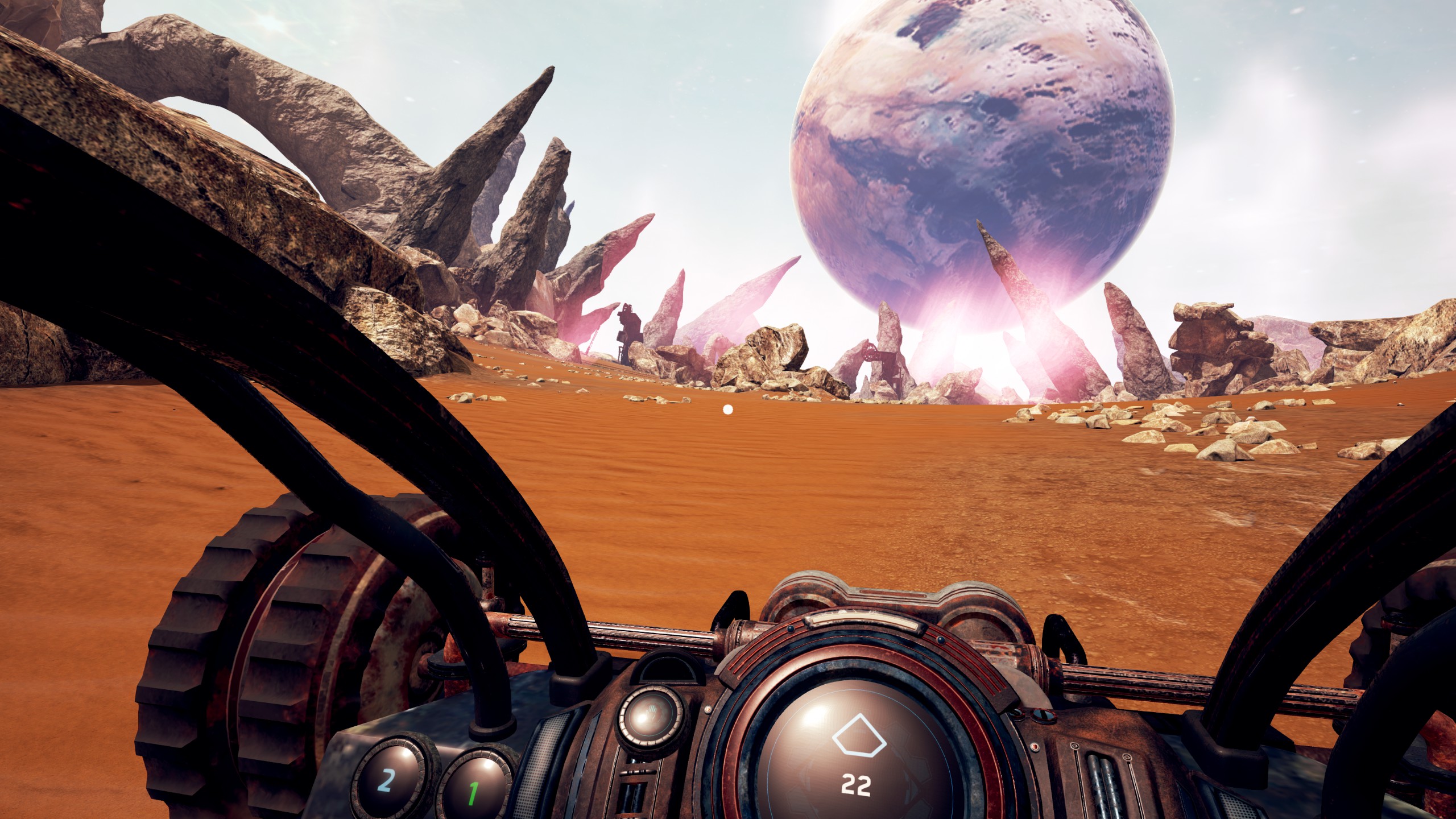 The gameplay is like a 3D first person adventure game. You have to walk around and explore your surroundings and work around various obstacles preventing you from completing your objectives. Once you get off your ship, you’ll need to start collecting a resource called graphene from a seemingly abandoned planet. Some graphene is lying around in canisters though the majority of it is earned by draining it from abandoned technology left behind on this planet. Another way to acquire graphene is by solving puzzles.

The puzzles in this game are logical which is a pleasant surprise since many adventure games I’ve played have puzzle solutions that totally come out of left field. Since I was able to solve many of the puzzles with little or no effort, many people may find them to be too easy. A couple of the puzzles involve flipping switches in a certain order to unlock the next area. If you do get stuck, there are YouTube walkthroughs available online.

Most of the gameplay is linear, though there are some collectibles and rewards for going off the beaten path. There are a dozen playing cards scattered throughout the game and if you collect all of them, you’ll get a Steam achievement. According to Steam, it only took me four hours to complete this game. In actuality, it was less than that since Steam doesn’t recognize when I exited out the game it thought I was playing it all through dinner one night. So I’m guessing a more accurate game time is 3-3.5 hours. 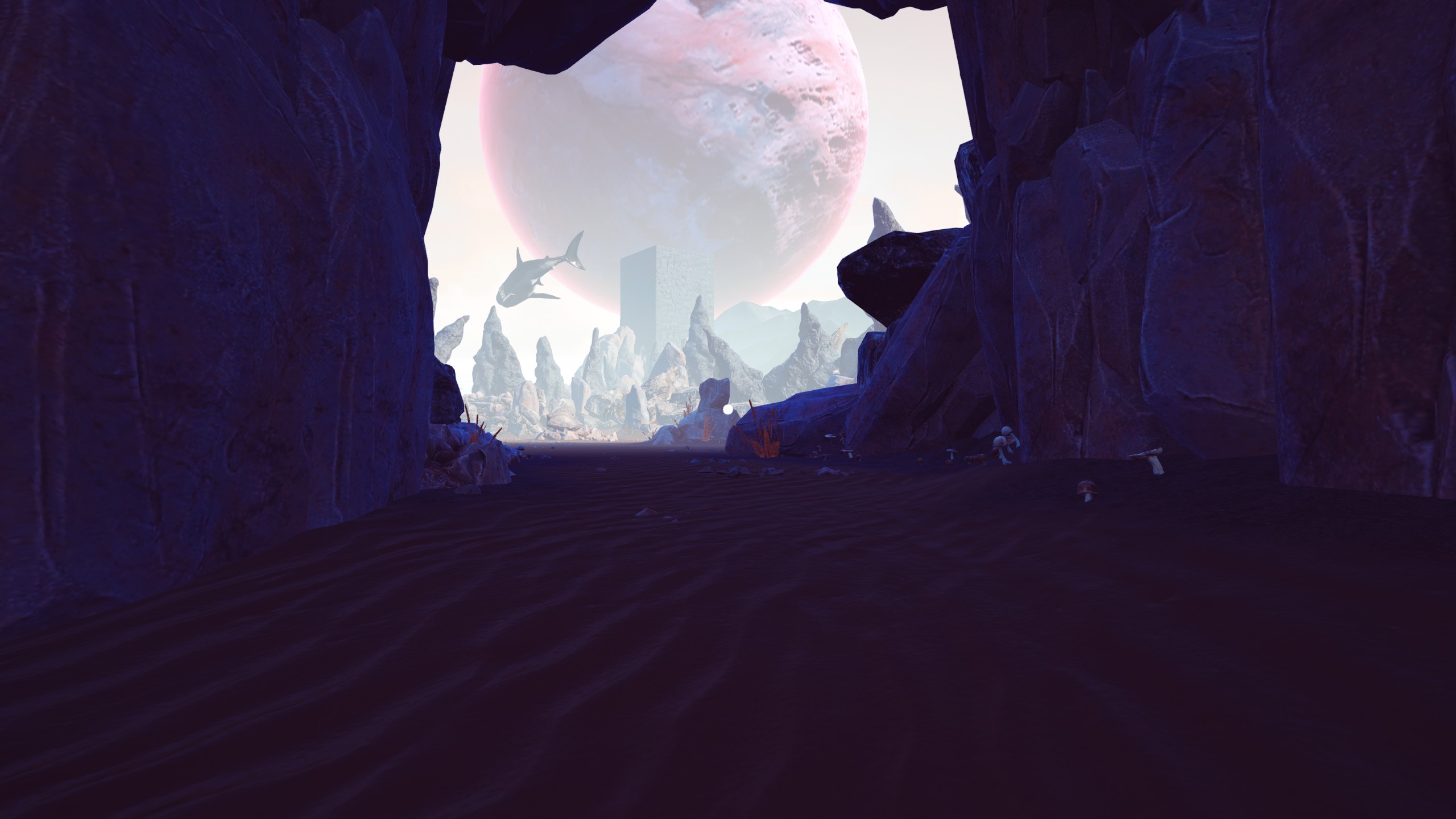 Like many games, the story is told through voice recordings of the planet’s previous inhabitants and you’ll gradually learn about their struggles before you arrived. The AI giving you orders doesn’t appreciate insubordination, but it is possible. There is some replayability in making different choices, but with the nausea and game glitches, I think I’ll pass.

Besides Steam not registering me leaving the game, I also ran into instances of the sound not working and missing story sequences as a result. Since the game relies on checkpoints and is linear, I was not able to backtrack and hear what I missed. My character has been stuck in place and I had to reload my save to get unstuck. I was also stumped on how to leave a certain level only to realize that it was actually glitched after watching a walkthrough. After reloading my save a couple of times I was able to progress in this hallucination themed level. Despite the hallucinations being triggered by a gas, there are still drug references in this title.

Another issue worth noting is that there are several posters in the city with women wearing sexualized attire. The rest of the artwork and level design is well done and this game utilizes the Unreal 4 engine nicely. When the sound is working properly, the voice acting is well done too.

Fans of Alice in Wonderland and adventure games will probably enjoy this title. The developers have been doing a good job patching the game, but it still needs some more tweaks. If you looking for a good VR experience you may want to look elsewhere or take some motion sickness medicine ahead of time.