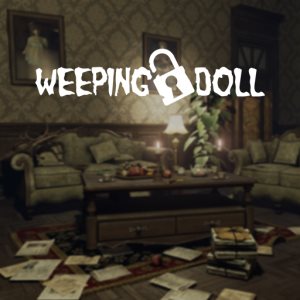 Thank you Oasis Games for sending us a review code for this title!

Weeping Doll is the first horror game I’ve played in VR and it’s pretty tame in all honesty. I thought VR would make me more susceptible to jump scares, but I didn’t feel on edge or get startled in my couple hour playthrough of this $10 title. If you’re looking for a game that is scary and has thought provoking puzzles, then you’ll want to look elsewhere.

While Weeping Doll isn’t scary, it is creepy. The dolls scattered around this haunted mansion are disturbing. For some reason your nameless female character has been called to the mansion and is quickly locked inside with no cellphone reception. Your only choice is to explore and figure out what is going on here.

On multiple occasions, you’ll hear the story about twin sisters where one has a lot of toys and the other with a facial birthmark is treated very poorly. As you look around the house and touch certain objects, you’ll see some flashbacks about the parents withholding meals from the daughter they dislike. The despised twin is locked in her chilly and empty room all day. All that she has to keep her company is a doll with a similar birthmark on its face. 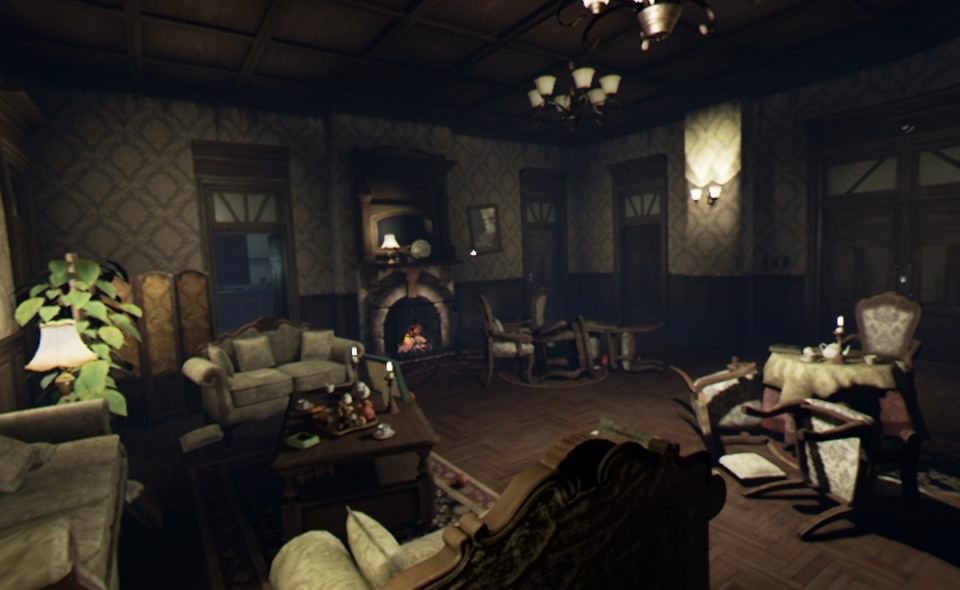 Strong Points: Logical puzzles that aren’t overly difficult to solve; checkpoints to save your progress or restore from in case you lose a required item to complete the game
Weak Points: Short game that really isn’t that scary
Moral Warnings: References to child abuse and murder; violent acts done by dolls

At first, many of the areas of this house are blocked off. As you interact with objects, more places become accessible. For the most part, the title plays as a 3D adventure game where you can hover over objects with your PSVR headset and use the controller to manipulate them. Moving around is done via teleporting your character around the rooms. Many of the rooms are locked and you’ll have to locate keys to either get out of a room that you’re suddenly locked into, or to enter a room in the near future.

Sometimes the keys are laying around, but more often than not you’ll have to solve a puzzle to locate them. In one instance, you have to reassemble a toy train and activate it to reveal that there’s a key hidden in the bridge. After the train goes through the bridge, the key will be on top of it. None of the puzzles were tricky enough for me to seek the guidance of an online walkthrough.

Learn from my fail and store keys in the inventory system until they are needed. I was holding onto a key and went upstairs to unlock a room only to find that the key was misplaced along the way. With the dark and dreary house décor, I couldn’t find the key for the life of me. I was pretty close to the end too. Fortunately, I was able to restore from the most recent checkpoint and continue on my merry way and see the violent ending played out by dolls. I won’t spoil the ending, but I will say that it does involve a murder. 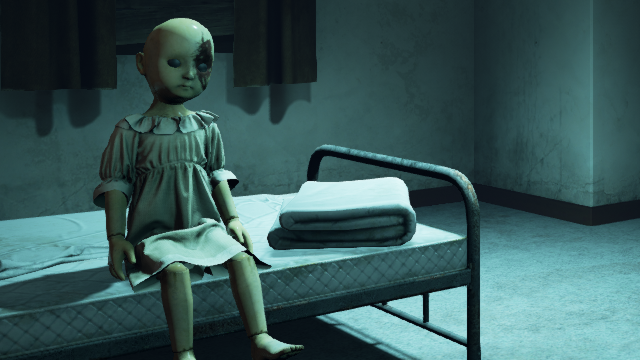 You don’t see the murder in real time, but there are some puddles of blood. With all of the doll making supplies in this house, it could technically be paint. Either way, this game is still rather dark with the child neglect and murder references. It definitely earns its Teen rating from the ESRB.

One technical issue I encountered was that the game launched to a black screen until I ran a calibration on my PS4 camera. In the end, I believe the room was too dark for the camera to track my headset properly. Once the game launched, I did received a few “out of play area” messages. The controls can be a bit clunky at times, but worked for the most part. The most difficult thing was combining items. I guess I’m spoiled by point and click adventure games on the PC.

If you’re looking for a creepy PSVR game, Weeping Doll may entertain you for a couple of hours. I doubt that it will scare you or make you think too hard. Since there is not much replayability I would wait for a sale rather than parting with $10.