Thank you GamersGate for the review copy of this game!

On the outside, Deadend Cerebral Vortex looks like a very imaginative game. In concept, I felt like the game would be a very mysterious and enjoyable experience. However, it turned out becoming a very repetitive, confusing and painful game that made me feel very nauseous and regret the time that I spent playing it; which is very unfortunate, to say the least.

The game is played in a first-person perspective in a 3D environment. There are 5 different levels in 5 chapters overall. You are stuck in your subconscious, and the object of the game is to collect as many “soul cubes” as you can before you eventually find an exit. You will also find other objects that you may collect if you are a completionist. When it comes to movement, the game is built on a grid system where you can move one space at a time by clicking in a certain direction. Every time you take a step, there will be blue footprints left in the spot that you were before. This can be very helpful if you ever feel lost and need to retrace your steps. The game is similar to a maze, except the mazes in this game have walls that turn invisible (or visible areas that turn into walls) the moment you get near them. Suffice to say, this makes the game a very frustrating and confusing experience. 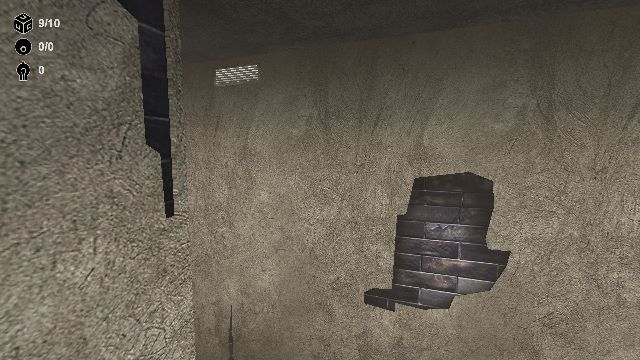 The visuals are very outdated, which is funny to say about a game that was released in early 2012. However, I found that a lot of the levels looked decent regardless of that fact. Except for the menu. The menu for it isn't very attractive and makes the game look very amateur when you first load it up.

I enjoyed the sound in Deadend Cerebral Vortex. It didn't feel out of place with the environment presented and successfully gave off that creepy vibe that is expected from a game like this. I find that the sound is the most important part for any horror game, so this is something that was done very well. However, the quality of the sound did feel a little outdated and may get a little repetitive during a long gaming session. 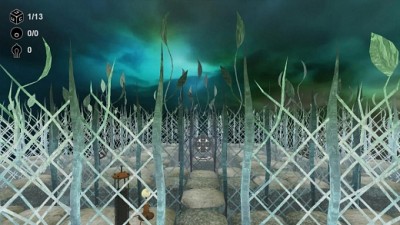 The gameplay suffers from a lot (and I mean a lot) of clicking. I don't understand why the controls had to be focused on the mouse, and not on the keyboard. WASD is the standard control configuration for the majority of PC games. Eventually, my index finger was in pain from the amount of clicking I had to do, and because of the robotic movement of the camera, I felt nauseous every time I took a step. I don't normally feel motion sickness while playing games in first-person, so you can imagine how frustrating it must have been to play this game. I felt sick, I was in pain, and I'm playing a game that forced me to click like a mad man, hoping that the wall I'm getting close to will turn invisible.

Morally, the game is questionable and very supernatural. You won't see any gore or violence, but the environment may have some blood on the walls or on several different objects. Also, because of the fact that this is a horror game, I wouldn't recommend playing it while children are around, even though I didn't find it to be that frightening.

Overall, I wish I could say that I had a good experience playing this game. It's bad, and not in an enjoyable way. Even though I had a few good things to say about it, don't think that it justifies the price tag. I found it to be one of the worst games I have ever played, and I hope you find this review to be helpful in making your decision to avoid this game. Don't waste your money, unless you have a fascination with throwing money in a trash bin.