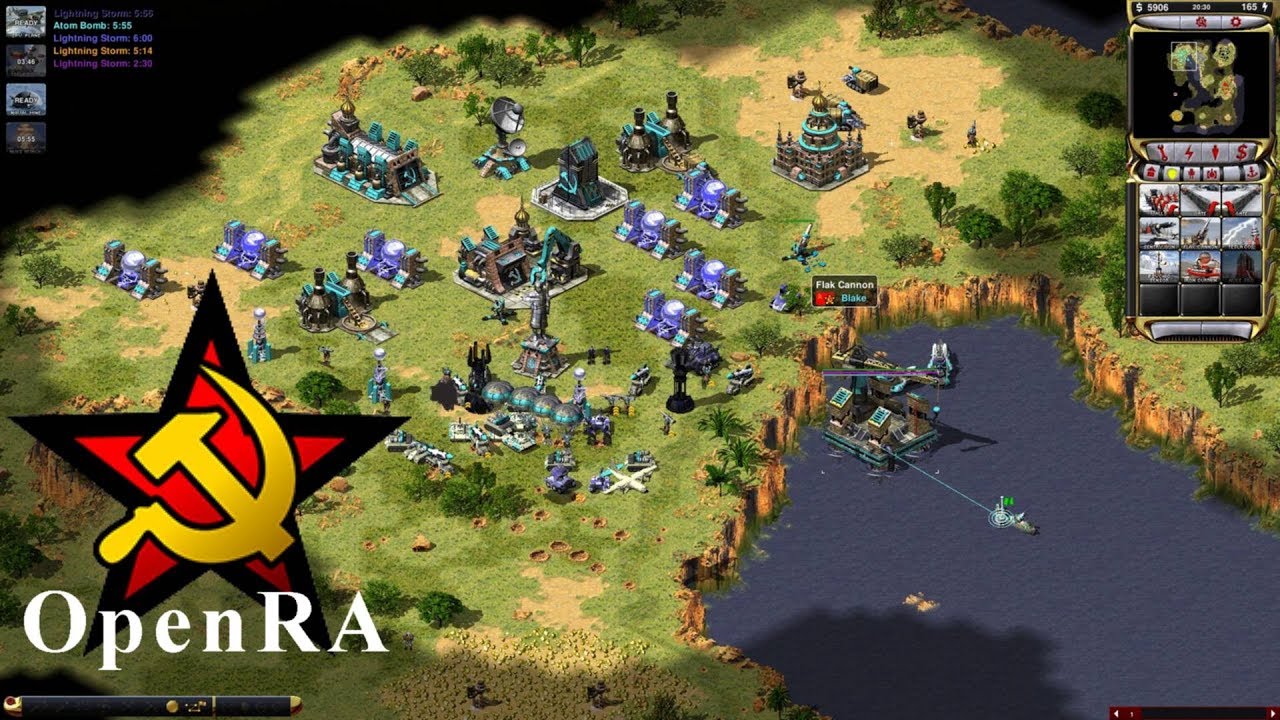 In the world of real-time strategy games, one of the undisputed masters of this craft is Westwood Studios. Their creation of Dune II and later Command and Conquer: Tiberian Dawn put them on the map for pioneering a new game genre. Command and Conquer: Red Alert only burnished their image as RTS pioneers and added more laurels to their crown. Except for Dune II and it's remade update Dune 2000, the aforementioned C&C TD/RA games are now freeware, and with the advent of the OpenRA engine, easily enjoyable on modern computers.

OpenRA is a cross-platform engine recreation for the games Dune 2000 and the first generation of Command and Conquer games. This engine will work on all modern-day operating systems, including Windows, macOS, and Linux. However, before the engine is discussed, the games it supports are another matter.

Dune 2000: While supported, this game is NOT in the public domain as freeware, it must be legally acquired (in its original CD format or copied to digital ISO equivalent) so its files can be used as a basis for the engine to play them. Dune II is not supported and is also not freeware.

Command and Conquer: Tiberian Dawn: (also called C&C1) was legally made freeware in 2007, and that includes the Covert Operations expansion. The Sole Survivor spinoff is not covered by this engine (either legally or with support for it) and is not required.

Command and Conquer: Red Alert: This was legally made freeware in 2008, alongside its expansion packs Counterstrike and Aftermath. The Retaliation PSX game is not supported, nor any of its content, and remains a commercial product.

All the freeware game CD images needed for OpenRA are available in multiple places on the internet, though it is highly advised to obtain them from the places recommended in the OpenRA official help documentation, some versions are poorly dumped and cannot have their content imported by OpenRA. OpenRA can work without the freeware files, installing a barebones version needed to play basic singleplayer and multiplayer.

OpenRA is not an exact source port, it is a reverse-engineered engine that is supposed to emulate the first-generation of Westwood's RTS games (which all used the same code), and while accurate for the most part, it also comes with many quality of life features like higher resolutions, improved UI, and other enhancements to improve fidelity and keep networked gaming stable. Modding support is also fully supported, both for the engine (which is open-source) and for the game content, so the engine and the content it can support by modders are fully open to modification. While it's code is currently adapted for the 1st-gen Westwood games, it's creators intend to make it support the second generation of Westwood games, especially since Command and Conquer: Tiberian Sun and it's Firestorm expansion are now also freeware, but this support remains a work in progress at the time of this writing.

The only significant criticisms of OpenRA are its multi-player bias and its lack of improvements to the base game files in terms of quality and fidelity. As to the first criticism, while the single-player component is generally stable and the levels playable as originally intended, OpenRA's feature set is set towards making multi-player long-term viable, with the single-player seemingly playing second-fiddle. Admittedly, this could also have been said of the original games, but it is more pronounced for this engine given the feature set is heavily focused on the multiplayer enhancement side of things.

As to the other complaint, EA Games (the current holders of Westwood's properties) have confirmed they are working with Petroglyph (which has many former Westwood alumni) on complete remasters of the C&C games OpenRA covers, only they will be upgrading the visual assets and basing their remaster on the original (as in, not reverse-engineered from scratch) source code used when the games in question were first released. The time of the release of this remastering is yet to be announced at the time of this writing, but the OpenRA project does not compete with it and there have been no objections from EA to OpenRA in any form.

If one wants to experience the games covered by OpenRA at present and wants to do so without complicated and often difficult workarounds to make them work on modern computers that poorly run them in this day and age, you could do a lot worse than OpenRA. And more importantly, if one is a Dune 2000 or first-generation Command and Conquer fan, this engine is a free, open-source way to relive some RTS nostalgia for games that defined an entire genre for all time.