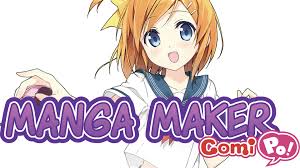 I and my fellow reviewer Kittycathead would like to thank Degica for the review keys for this article.

Art is a hobby for some and a profession for others. While some do far grander projects like sculpture and architecture, some prefer smaller-scale projects like comics and manga. Manga Maker Comipo! was thus created by Degica for the creation of the latter.

Manga Maker ComiPo uses a visual, drag-and-drop GUI interface for allowing people who are otherwise unskilled at drawing to create various types of comics. While it shares no relation in terms of under the hood mechanics with programs like RPG Maker and other similar Degica products, it does have a similar layout and those used to editing in those programs will find this one is highly similar in terms of a learning curve. Various drop-down menus accessible from a left-hand sidebar provide assets for fleshing out manga panels, and the actual panel in terms of position and layout can be edited and resized for optimal display at any time. Those familiar with presentation programs like PowerPoint, Photoshop 6, will find this easy to adjust to, and the program itself comes with sample comics and a detailed manual explaining the basic mechanics.

(This section is by Kittycathead, based on their experiences drawing actual manga)

When I would attempt to create actual comics with this, I found myself playing with positions a lot. I noticed, as an artist, that there were quite a few positions that were placed in a very unnatural way, and the characters appeared very stiff as a result. It looked fine from only one angle, and the rest of the angles made it obvious that the position was trying to make sure it didn’t phase through the model. There were also situations where I would try to make it look like the character was standing behind something, and this is impossible because the backgrounds are only one layer. Thus, I was forced to only show the character’s top half, and the legs had to disappear completely because there was no way for me to place them behind an object in the scene, like a desk. Creating assets like desks are easy, but adjusting them so they cover the background version of the said asset is not.

ComiPo! has a very easy import process for the user's own 3D models. It opens up a browser and they can pick and choose their model from the directories. However, there is an unknown (and also very small) file size limit. I personally tried importing the default cube from Blender (which was 1 kilobyte) and it was a breeze. But when I tried importing actual character models, which were 85, 592 kilobytes and 34,667 kilobytes respectively) and the software told me that the files were much too large. It did not specify the maximum file size. 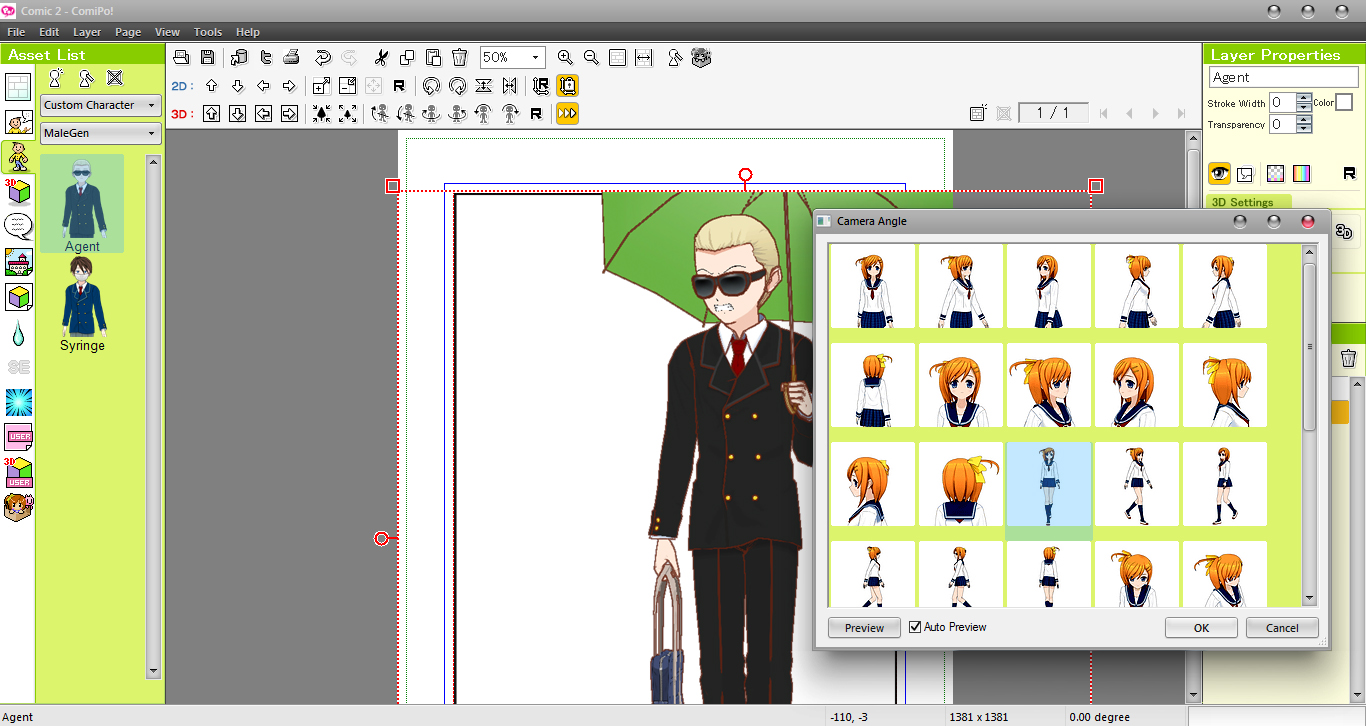 This program is controlled primarily by mouse and keyboard. The GUI is a drag-and-drop styled interface, highly similar to presentation software like LibreOffice Calc and Microsoft Powerpoint, except tailored for manga panel creation. I found it easy to navigate and simple to understand, able to make a basic 4-panel comic in under five minutes. It does not feature a true "real-time" preview option as you edit, with some things only visible in the exported final product, which may necessitate further tweaks in the project file before a finished comic is ready for public display.

The stability is quite good. Given this is optimized for 64-bit Windows it runs fine on those. This review is based on the Steam versions, and while compatibility with the non-Steam versions has been retained, it is being phased out by the end of 2020. Linux support is a bit questionable and while it may work, it's not recommended to attempt it via Wine/Proton. There is cross-compatibility with RPG Maker, assets used from one program may be used for the other, as both are officially supported by the same staff. There is purchasable DLC as well, which greatly extended the stock assets provided, with custom assets formatted for the program supported alongside them.

Morally, there is not very much to complain about at all. All the assets that ship by default are stock assets fit for a "high school" style setting, with nothing inappropriate about them. There are purchasable DLC and other assets custom made with other software as specified in the manual that may be imported for use in the software, but their appropriateness is beyond the scope of this review.

In essence, this is not a program for experts but is perfectly suited for beginners who wish to create comics and manga. If the creator is more comfortable with precision over function and wants to have more freedom, this program may not be the best for their needs. For the purchase price, assuming you fit the niche intended for this program, you may find it worth your money.