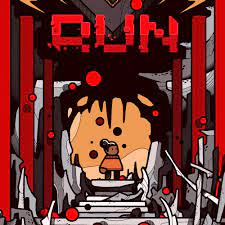 RUN: The World In-Between is a procedurally generated runner game that takes clear inspiration from Celeste's movement mechanics and throws in slight modifications and puts the character into an ever changing and ever challenging purgatory-esque world. I've been wanting something like this to appear on Steam for a long time, and this game fully satisfies that itch.

RUN is a very simple runner game mechanically. Seeing as how you're constantly being chased by this black orb thing and need to be moving quickly, it really comes down to how good the controls and movement are. I have to say, this is one of the best feeling platformers I've played. The platforming feels tight and precise and I've never found the physics to be to blame for my mistakes. You have a horizontal dash, wall grab, and wavedash mechanics at your disposal to allow for quick movement and the ability for decently complex room patterns.

RUN is divided into a few different gamemodes. Classic mode has you go through and fill 7 orbs, with each orb completion adding in harder patterns and different theming. Speedrun mode is the same as classic but with a built in timer and level counter. Infinite mode is exactly what it sounds like, although any pattern can show up and there's no break. Classic mode and Speedrun mode also have 4 difficulties to go through, and the game gets quite hard. 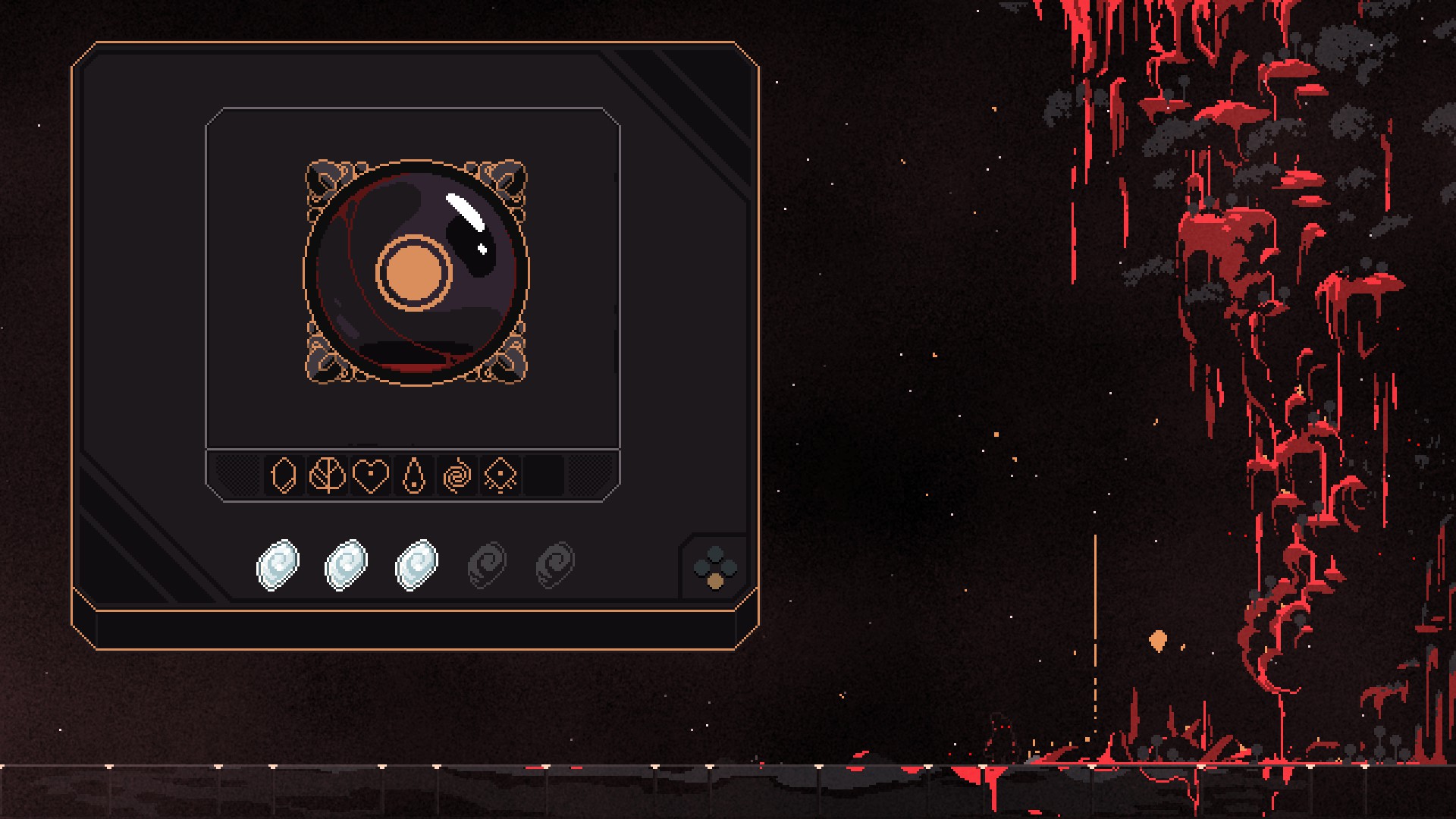 The level generation in RUN is not perfect, with its biggest issue being variety. The way it works is you unlock 1 new pattern per level finished, and it routinely cycles out patterns and replaces them with new ones. While this means the difficulty consistently increases, it also means you're generally seeing the same set of maybe 6-7 patterns over and over. The game feels like a pseudo-randomly generated campaign instead of a roguelite, to the point where I question if the random generation is even necessary. This all being said, the patterns themselves are fantastic. The increase in complexity is very satisfying and I love seeing how hard the game can get. The patterns get quite creative too, taking advantage of things like timing your dashes perfectly to one block wide gaps or dodging the black orb constantly chasing you by juking it on a singular block.

I am very impressed with the presentation of RUN. The music is upbeat and runs on a shuffled playlist that plays seamlessly and keeps you entranced into the gameplay. Visually the game consists of gorgeous pixel-art and it’s very easy to tell what’s dangerous and what’s not due to a simple color palette making almost every pattern easy to understand at first glance. The few controls the game requires can be rebound as you wish. There are a decent amount of accessibility options that mostly alter the visuals to make things easier to see, but there’s also a no stress mode that gets rid of the black orb chasing you entirely, although otherwise there are no options to make the game easier. 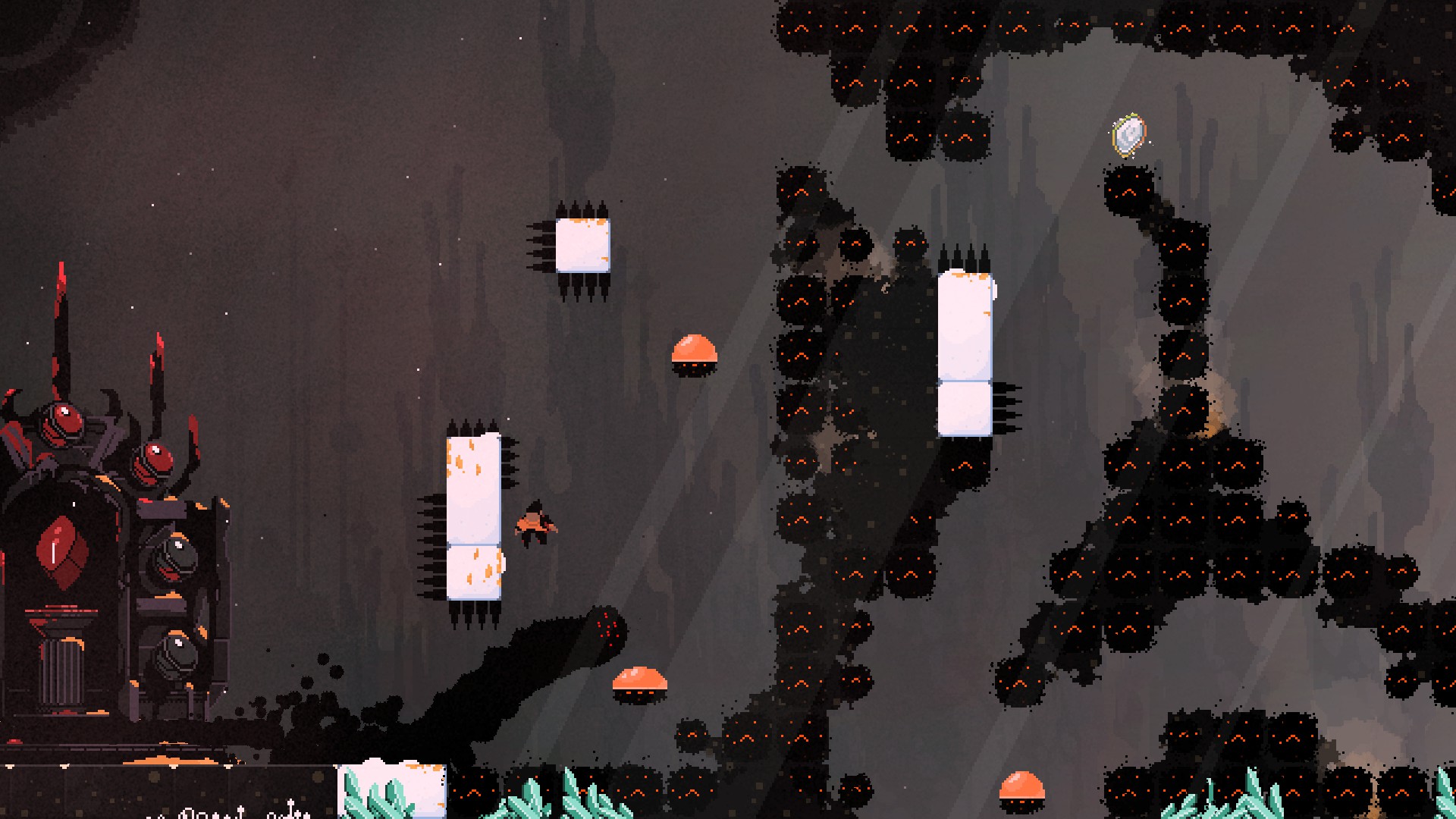 The moral concerns mostly come down to the story and theme of the game. It all takes place in a purgatory setting and your goal is to fill up 7 orbs that each represent one of the 7 sins. Canonically, the black orb chasing you around is referred to as a demon that ‘consists of all of your negative traits’. There is a large amount of blood featured pouring from a waterfall during the opening cutscene, but weirdly enough otherwise the game is spotless.

RUN: The World In-Between is a great example of doing exactly what it sets out to do correctly. It feels and looks fantastic to play and is everything I could have wanted from it. The game is also reasonably cheap at $10 USD.