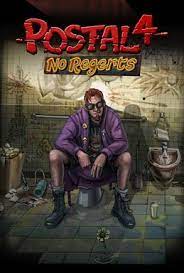 Note: I would like to thank Running With Scissors developer Vince Desi for being kind enough to respond to some questions I had about their game via email concerning the possibility of playing as a pacifist/nonviolently.


When it comes to games that let you be a saint or a lunatic, the Postal series since 2 has set a high bar. While crude and offensive by design, how much you wish to get your hands dirty and pile up bodies is entirely up to your restraint. Having retconned the abysmal Postal III from the canon in the Paradise Lost expansion to 2, Postal 4: No Regerts attempts to inherit its predecessors' crown, with mixed to positive results.

The premise of Postal 4 is that after the good ending of Postal 2: Paradise Lost, The Postal Dude and his dog Champ set out with his trailer to find a new place to settle down, or they did until someone stole the trailer while the Dude was at a rest stop. Broke and figuring he might find a lead in the nearby city of Edensin, The Dude finds himself engaging in another week of wacky errands and an overwhelming urge to go postal.

The gameplay is typical of an open-world, first-person shooter. The Dude must explore Edensin and do various errands for people on his quest, and while some errands can involve risk to life and limb, some are rather mundane. All objectives on each day must be completed before the day can end and a new one begun, set from Monday to Friday. There are some jumping puzzles and a bit of logic and physics involved in some errands, like having to move boxes to reach certain things to complete various tasks. The shooter aspect involves using various implements of lethal and/or non-lethal self-defense, with the Pacifist achievement only possible using the latter.

Edensin is much like Paradise from Postal 2 in offering an open-world city set on the Arizona/Mexico border that has interactive objects, people, and many things to do, both lawful and unlawful. Many elements from Postal 2 return, though given the size of the city, mobility scooters are now easily acquired to serve as vehicles for traversing the city at a modest fee. Parts of the city are only opened up either as the player advances the week or after certain events. Many collectibles can either reward extra cash or achievements if collected as well. Borrowing from Grand Theft Auto, there are optional "rampages" where the player must do various violent things in exchange for bonus rewards, though this is not required at any point.

Graphically, Postal 4 uses the Unreal Engine 4 as opposed to UE2 from Postal 2. While most of the aesthetics from 2 return, Edensin has more vibrant colors and much more advanced and modern graphical effects since it has a Las Vegas-like appearance in many areas. Given how Edensin is on the whole much less grimy and grungy than Paradise was, this fits the aesthetic of the town name, purposely derived from the Bible to represent its nice exterior and sinful potential. There are some graphical shortcomings, such as some unfinished-looking assets and clipping, which the developers have stated will receive further polish in future updates. 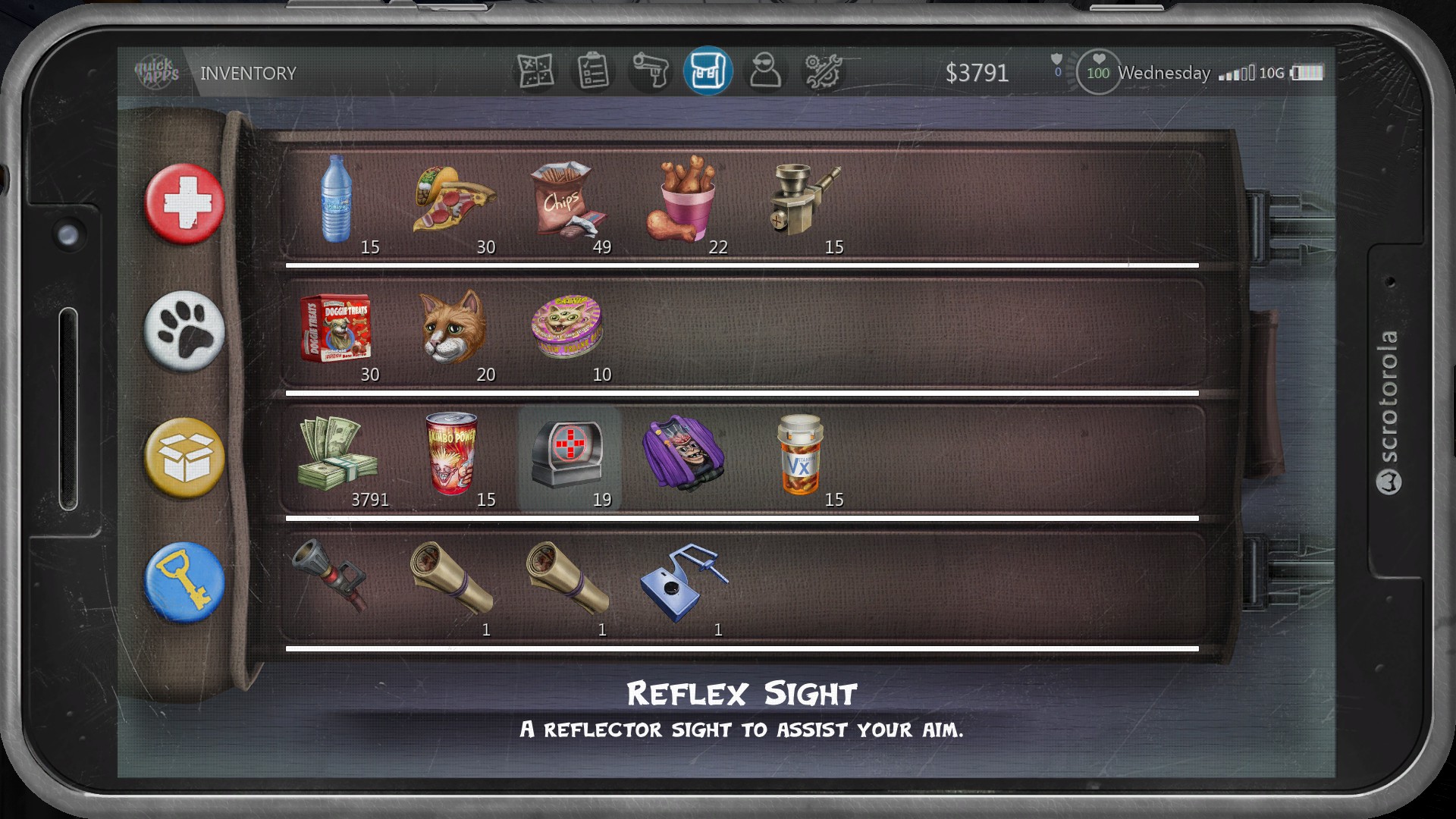 Strong Points: Much better sequel to Postal 2 than Postal III
Weak Points: Still needs technical polish; some unfinished content; some crashes can occur randomly
Moral Warnings: Incredibly intense violence including profuse gore and setting people on fire; use of every profane swear in the book including the use of f*** and mockery of Christ; lots of gross sexual humor including lots of genital based imagery; lots of revealing clothing (most on rather unattractive looking characters); depictions of a Satanist group (albeit parodied); option to do all sorts of horrible things including rebel against all authority (even playing as a pacifist will involve some immoral and unethical actions, albeit under duress); some stereotypical humor mocking Americans

Many music tracks and sounds from Postal 2 return. There are also some new soundtracks, mostly rock music. There is also the option to have the Dude fully voiced by Rick Hunter (his classic voice from Postal 2), Corey Cruise (Postal III Dude, now in a much better game), and Jon St. John (famous for voicing the titular Duke Nukem). Each lends a unique charm to their portrayal of The Dude. Rick conveys the dry cynicism of the character, Corey opts for the laidback snark, and Jon conveys an amusingly oblivious sociopath persona that fits the Dude's character.

The game controls are either based on the keyboard and mouse or the player can opt for any Steam-supported controller. Both work rather well, though the game is generally oriented for the default controls of the former. If the player has played Postal 2 before, the controls should be old hat, though they do have a quick cheat sheet of the controls for new gamers to familiarize themselves, complete with a tutorial area to get used to them at the start.

Stability is so-so. While the release version is playable from start to finish, some rare crashes aside, there are some unfinished areas, a few places where you can clip out of the game world, and load times are still a bit long at times. The developers have acknowledged these shortcomings and have asked players still send them bug reports as they did in the early access period to further polish and refine the game. Stability on Linux via Steam Proton is very poor at present, and playing on Linux is not recommended until the overall polish is improved and hopefully native Linux support is added. The Steam Deck does confirm it is in a playable state, however.

Morally, in utter fairness, the developers have a huge warning sign as you start the game warning this will be incredibly offensive to the religiously devout, and the Postal series is purposely offensive on as many levels as possible since that is their hallmark.

Violence, even if you play as an absolute pacifist doing the bare minimum in non-lethal self-defense, is pretty intense. You will see a fair bit of blood and gore, there is the ability to kill in cold blood, and the infamous use of urine on living people and their corpses from 2 is still around. While there are a decent amount of pacifist options and you can get to the end of the game with your own hands clean to a considerable extent, some cutscenes and areas will feature frequent and excessive displays of violence.

Language is also pretty earthy. You will hear every profane thing in the book (including the word f*** in many contexts). This title features a staggering amount of sexually laced dialogue (most being in the form of euphemisms for sexual acts and body parts). The game is surprisingly devoid of most insults to the Christian faith as opposed to Postal 2 (the Dude is canonically Roman Catholic given his depictions in 2), though there are still a few disrespectful mentions of God and Jesus, like one of the optional rampages that encourages you (albeit sarcastically) to kill people in Jesus' name. 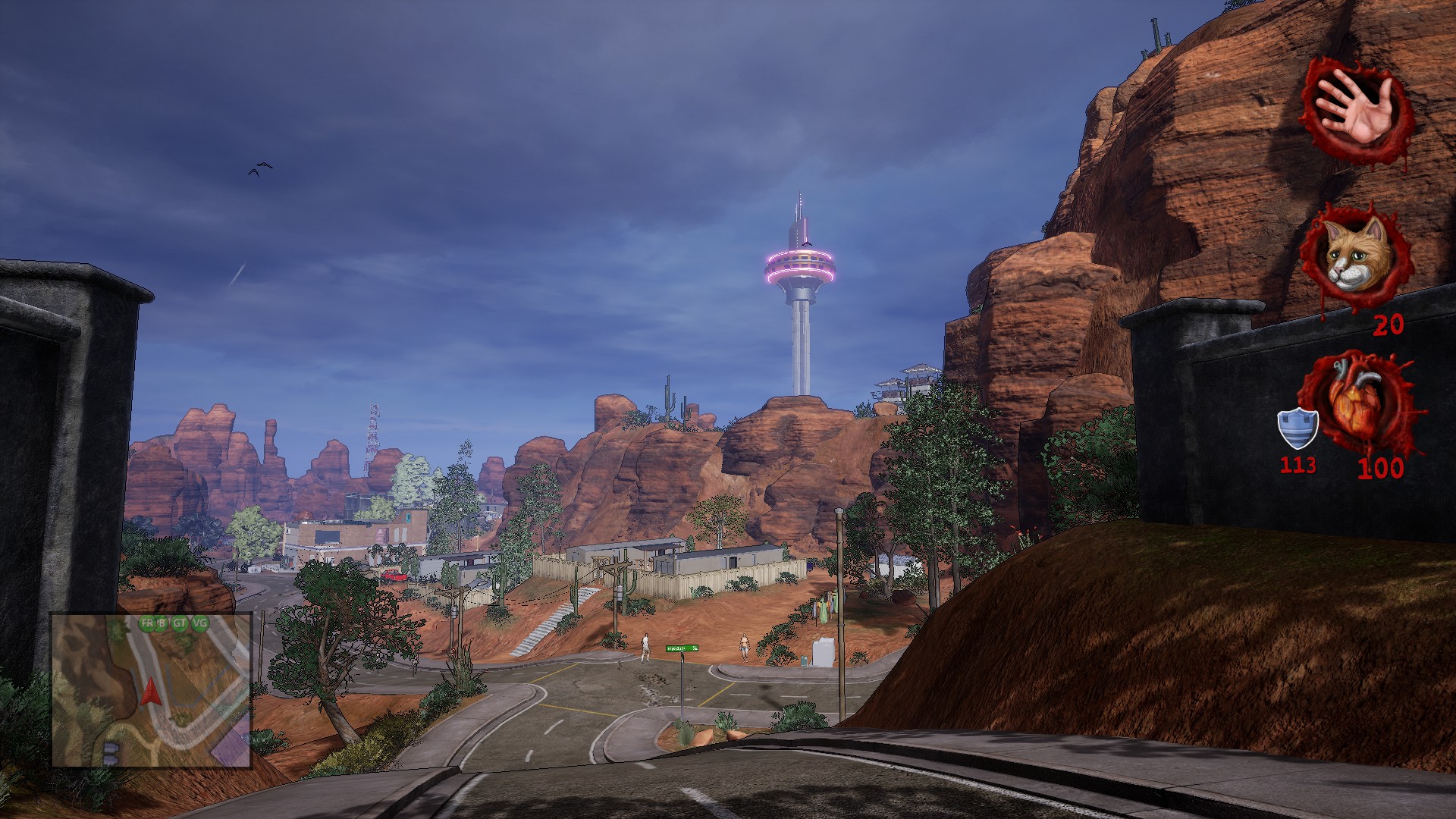 The Postal developers have gone on record before saying they will not include outright porn in their games because that can be found elsewhere, and for the most part, the women depicted in Postal 4 are the definition of anti-fanservice. While some wear revealing clothing, the unattractive character models (most being rather overweight) tend to be quite unarousing. Regardless, there are a few depictions of sexuality, like a low-res underwear model on a Hustler magazine parody and one reasonably attractive NPC. The infamous Krotchy mascot (who resembles male testicles) returns from 2, as does Larry the Crab (from the slang term for gonorrhea), and Kunny, the female counterpart to Krotchy (who resembles the female genitalia region). There are also some depictions of sex toys and similar fetishes in some game areas.

Unlike Postal 2, there are not many depictions of the supernatural and occult aside from a Satanist-like group parody (shown to be a bunch of weird edgelords), with the expected inverted pentagrams and iconography you'd expect. Otherwise, this is missing most of the supernatural content that 2 had, though Mike J (who was a cow demon in 2) is now alive and human again, which is referenced for humor. There is a parody of religion in the game, believers in toilet paper versus bidets for cleaning one's backside, but it's more an environmental political satire dressed up with religious style fanaticism just to further the humor of how silly it is.

Morally and ethically, you can either be a reasonable pacifist who only engages in the bare minimum non-lethal self-defense or a total psychopath who covers the walls in gore, the game makes both viable. Some errands do involve some unethical acts, though this is usually due to threats to The Dude or his dog (who is the only family he has left). See the spoiler for more context.

{spoiler}
In a parody of Fallout: New Vegas, you find out all the people you had to work for in one way or another were agents of the true ruler of Edensin, thus all your actions had some degree of proper sanction, though some were still morally and legally questionable at the very least even if you chose to play as nonviolently as possible.
{/spoiler}

There remains the use of health pipes in Postal 4 like in 2, though these are legalized (much like recreational use of marijuana in some US states) now. While the Dude can rebel against the police and other authority, this is not required for the most part and there are even bonuses for doing genuine civil service like being a volunteer fireman and other legitimate civil employment. All the rampages are entirely optional as well.

There is some general mockery of Americans in the game, including jokes about American obesity and one minigame is helping Americans illegally immigrate to Mexico in a satire of the usual canards about illegal immigration.

Overall, this is still admittedly rough around the edges but currently playable to completion and enjoyable if you can put up with engine jank and some unfinished-looking assets that the developers plan to keep improving on. Morally, this is going to be a dumpster fire, but the devs do warn people upfront that this will offend and is not meant for anyone save mature adults. As to whether it's worth buying, it is definitely a less "regertful" game than III, but only buy this if the typical engine jank of RWS games does not bother you, you are a mature adult who can stomach lots of offensive humor, and you are a Postal fan.