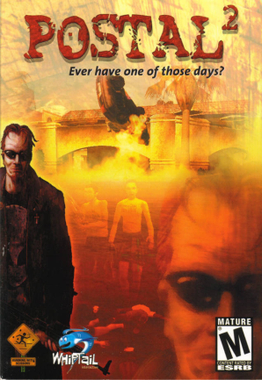 Note: This review is based on the Steam release with all expansions including Paradise Lost, and all officially included content will thus be evaluated for the moral score. Multiplayer is officially unsupported and thus will not be addressed by this review. Paradise Lost is accessed via the same game start options as the base game via a popup menu, this review will factor in the content for both with this in mind.

Of all the games that have stoked the fires of moral outrage, Postal 2 has to be the apogee of them all. In this open-world game, you can choose to be a saint or a madman, doing things even games like Grand Theft Auto would draw the line at if you choose to go Postal. While it's still a somewhat janky game even as of 2022, it's worth playing, albeit only if you are not easily offended.

The story is fairly simple. You play as The Postal Dude (his literal name), a guy who just wants to get through his week with as little hassle as possible. Unfortunately, he lives in Paradise, Arizona, an ironically named town where something as simple as getting his paycheck becomes a nightmare of mayhem that tempts him to go Postal. Whether he becomes a madman or remains as saintly as is possible in his terrible world is up to you. Paradise Lost is set ten years after the events of Apocalypse Weekend, where the Dude wakes up from a coma to discover his dog Champ is missing and heads back into Paradise to find him before leaving it behind for good.

The structure of the original game is that it is set over a week, in which the player must try to do the mundane errands the Dude must undertake and find ways to escape when they go wrong, Often they go wrong violently so and without any reason the Dude can be held at fault for. The Apocalypse Weekend Expansion is the oddball where there are no options to not fight back, but Paradise Lost (which is the canon sequel and bridge to Postal 4) is a return to form.

The gameplay is set in an open world from a first-person shooter perspective, usually in the town of Paradise like the original game or the post-Apocalypse version in Paradise Lost. In both, you have to move around the different map areas, collecting equipment, doing things to complete various errands, and if you so choose, act as a violent maniac and kill civilians, with or without cause. 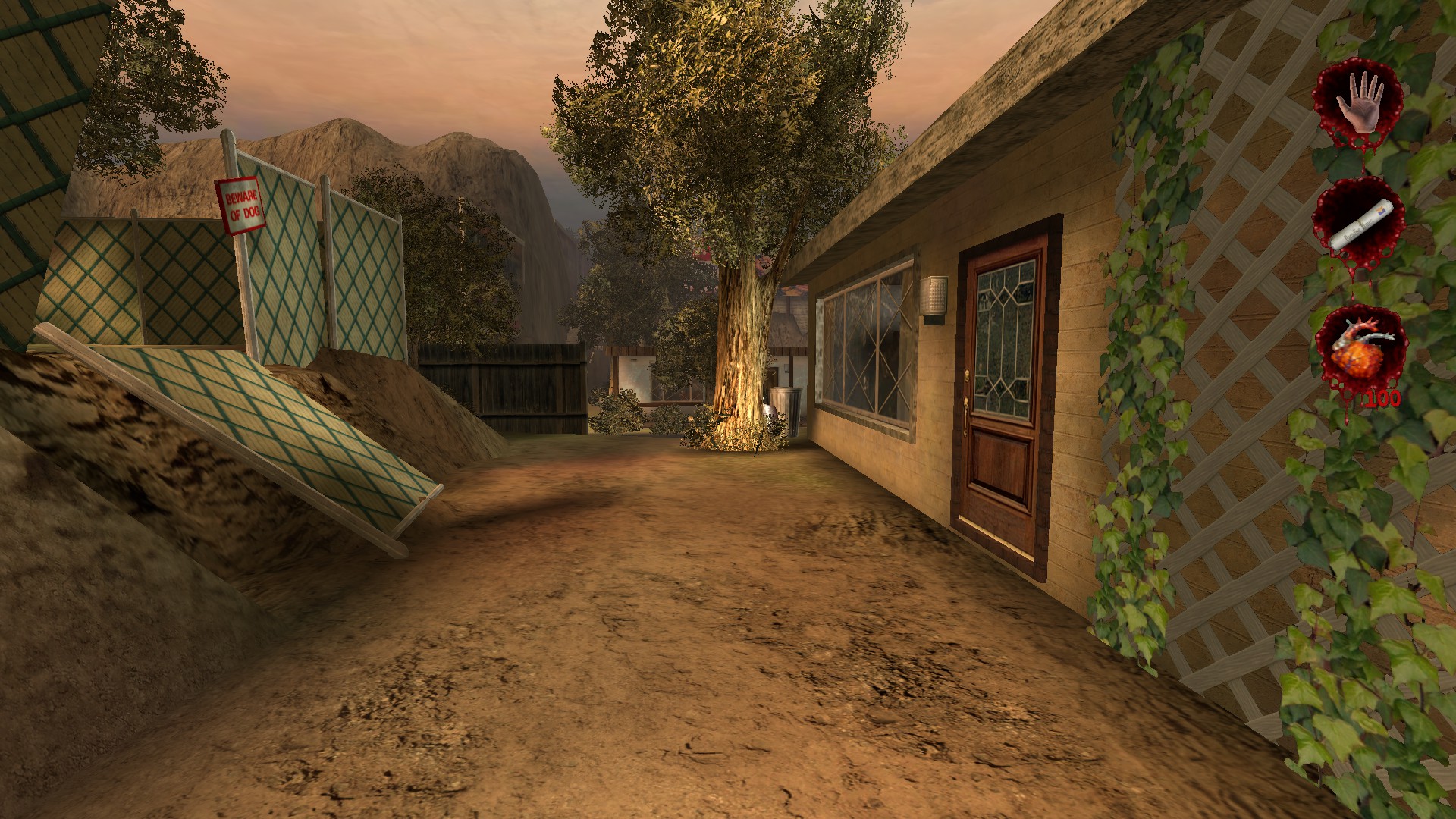 Strong Points: Offers a reasonably diverse open world with lots of things to do; strong modding support
Weak Points: Some engine instability
Moral Warnings: Intense violence with blood and gore; foul language of every stripe in profusion; lots of sexual dialogue and displays of nudity; Heavy demonic references and depictions and flagrant mockery of both Christianity and Islam; Unethical behavior both encouraged and mandatory; flagrant drug use

In both the original Postal 2 and Paradise Lost (Apocalypse Weekend is the exception since it is generally on rails and lacks exploration for the most part), the map is broken up into loading zones, with certain areas only becoming available on certain game days, though it is possible to glitch past the barriers set up to prevent going to later areas (though this just nets you some gear earlier, not story advancement). Otherwise, you have total freedom to go anywhere that is unlocked. Paradise Lost introduced some new mechanics such as dual-wielding weapons and vending machines for buying equipment with money, but otherwise uses the same engine.

Graphically, Paradise has a distinct and grimly realistic look, albeit viewed through the lens of gross parody, only loosely based on real-world Arizona. Contrary to the name, a lot of Paradise is rundown and filthy, and there is a lot of brown terrain and set pieces since it's set in a desert-like area near the Mexican border. The game is animated using the Unreal 2 engine, and whether it's the grim, gritty Paradise of the original or the post-apocalyptic version in Paradise Lost, both versions look grungy, though the latter version has some snow and other new and interesting set pieces to liven it up and add some color variety.

The music is generally limited to ambiance tracks like the map theme or what can be found in areas like the one nightclub with its dance music in the original game. Paradise Lost does feature some surprisingly good rock-style boss fight music but otherwise is much the same. The sounds and voice acting in both are crisp, with Rick Hunter portraying the cynical, apathetic Dude as a special standout. Despite the real-world passing of a decade since Apocalypse Weekend, he resumes his role in Paradise Lost with nary a skip in tempo. Corey Cruise from Postal III's take on the Dude reprises that character in Paradise Lost and proves in a better game his acting talents are not as wasted as they were in the disowned Russian-made sequel.

The game can be controlled using any Steam-compatible controller or by the keyboard and mouse. I prefer the latter, but the game can be played reasonably well using the former option as well, and both can be remapped as needed.

The game comes with modding support and Steam provides a downloadable mod engine based on the custom build of Unreal 2 used to develop Postal 2, complete with Steam Workshop integration. As for general stability without mods, it's generally good, though it can very rarely crash due to some engine quirks still not entirely fixed. There are fan patches to moderate these issues, especially noticeable if you are running many mods, though the problems are omnipresent on all supported systems. This title is natively supported on Windows, macOS, and Linux. Finally, while not verified for the Steam Deck officially at present, it has been confirmed to work with native performance unofficially.

Morally, the game developers warn up front this will be unbelievably offensive to the sensitive, morally pious, or anyone seeking to make a career decrying video games as a moral blight. With that in mind, they are telling the truth, here is what to expect:

Violence is intensely graphic. Even if the player chooses to use as little violent action except as is required for self-defense, there is going to be lots of blood and gore, as NPCs are even prone to killing each other without any provocation. Of course, if you wish to be as violent as you want, that is also perfectly viable, and you can shoot, stab, bludgeon, burn and blow up anyone you like with a vast array of lethal weapons. 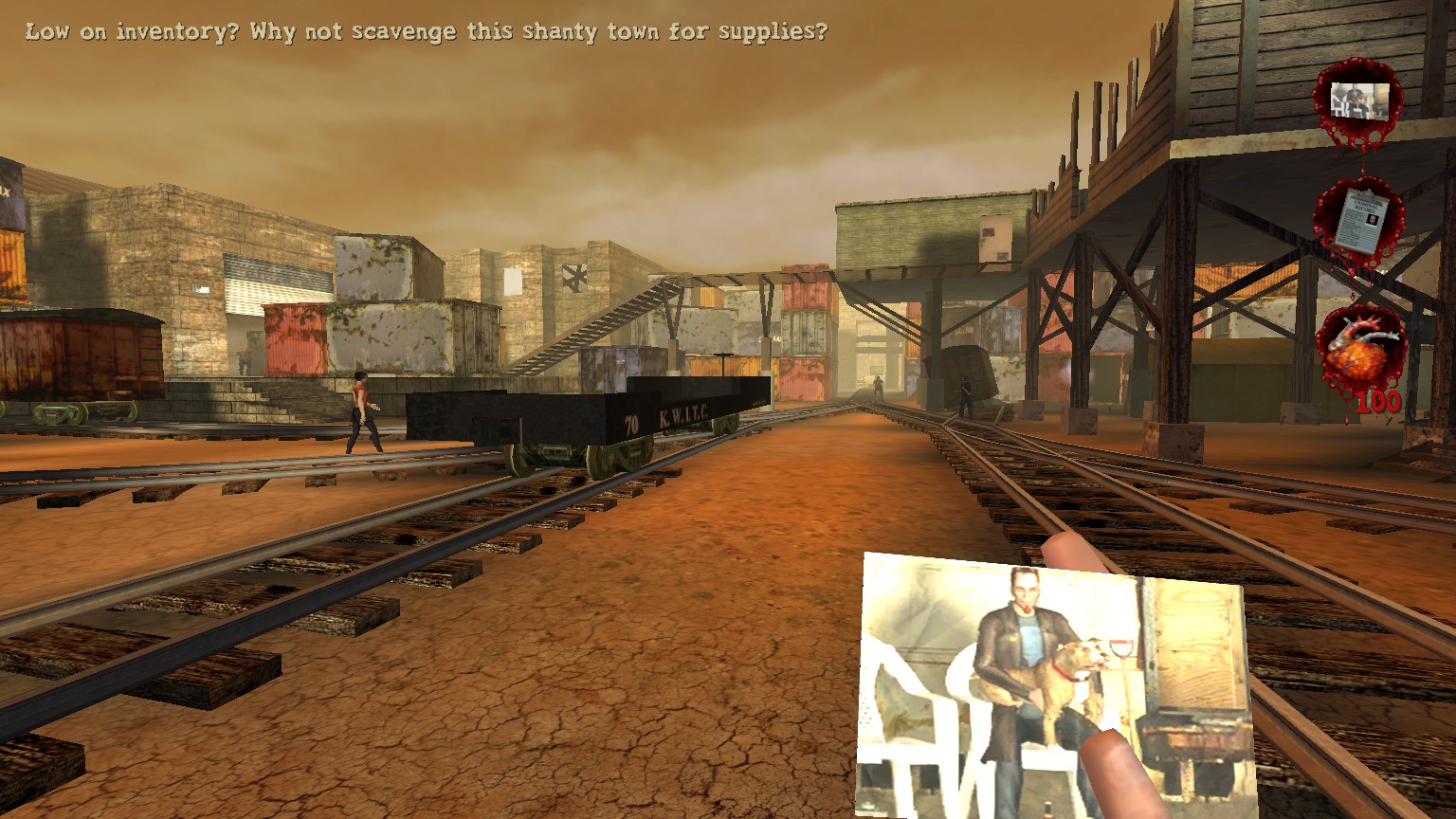 Language is going to be in the toilet. Expect to hear every foul word in the book (including the F-bomb used liberally). There are a lot of references to sexual acts and functions that will be frankly discussed as well.

There is a considerable occult and supernatural presence, especially in the Apocalypse Weekend and Paradise Lost expansions. On top of zombies (brought to life by supernatural powers), there are displays of demonic beings, including being forced to work for one in both expansions. There is even a brief visit to a Hell level with all the imagery you'd expect, including obviously tormented souls, demonic beings, and so on. A Catholic church is shown to be defiled and debauched in both the original game and Paradise Lost, and there are insulting displays of Catholics and Muslims in both (alongside mockery of the races and cultures that both hail from).

Morally and ethically, while you can (Apocalypse Weekend aside, where you have no non-lethal ways to survive) refrain from bloodshed as much as possible (and even get an achievement referencing Jesus for your desire to remain a pacifist), the option to be a violent lunatic is never denied you. You will be forced to defy both police and the military more than once via lethal means, and even the canon ending of the second game after Paradise Lost will involve what amounts to letting everyone die to save yourself. One of the means of restoring health is drug pipes of what are all but stated to be crack cocaine. Given how they are purchased they are very obviously illegal.

Technically, it's a good open-world game albeit showing its age both in terms of setting and game engine, but it still deserves its laurels as a cult classic. Morally, this is going to be an absolute dumpster fire, but they do warn you, and even if you are a mature adult, I'd shy away from this if you are in any way morally devout or easily offended. Given this often sells for almost nothing quite often, it's a very good deal financially, so if you can handle the offensive content, you may enjoy a world where you always have the option to go Postal.