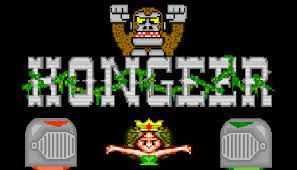 Thank You Ferulox Studios for submitting this through our Steam Curator!

Two knights, Sir Redhood and Sir Greenstone, are tasked with saving the blond-haired princess from the terrible Kongeer! The two men must scale ten levels with increasing difficulty and dodge various animals, traps, and Kongeer’s barrels while collecting falling hearts. They must also manage their time or lose sense of it!

Like many of Ferluox Studios’ work, Kongeer takes inspiration from a beloved arcade classic. This time, the inspiration comes from 1981’s Donkey Kong. But Ferluox Studios doesn’t just rip from these arcade games—they add their own spin to it. Like Donkey Kong, the main antagonist is a gorilla and there is a woman to be saved. Unlike Donkey Kong, there is a lot more to be mindful of and the goal isn’t just to scale the towers.

Hearts are the main objective of Kongeer, and 15 of these must be collected throughout each of the ten levels present. They fall periodically from the captured woman stationed at the top with the ginormous gorilla. There isn’t a pattern to these hearts so sometimes they’ll drop with quick succession and other times they’ll fall sporadically. During these moments, you must duck or jump over arrows that fly from the skies, and various aquatic animals that jump at you such as alligators, sharks, and piranhas. Also during these moments, hourglasses will spawn at random parts throughout the level. A timer that slowly drains must be refilled with these hourglasses that must be collected or you’ll lose a life. The only method of defending yourself is an axe that is consumed when thrown and replenished when collected. Only one axe may be held at a time.

Ferluox Studios likes to add difficulty to their games, and Kongeer is no exception. You only have three lives available and an extra life is obtained every 5000 points. If all lives are lost, you must start all the way back from level one. I would say the difficulty is unforgiving because of this, but it isn’t unfair. All of my deaths and game-overs (outside of the first few from just getting used to the controls) simply came from not paying attention. I felt the controls, despite not being able to be rebound in any way, are responsive. 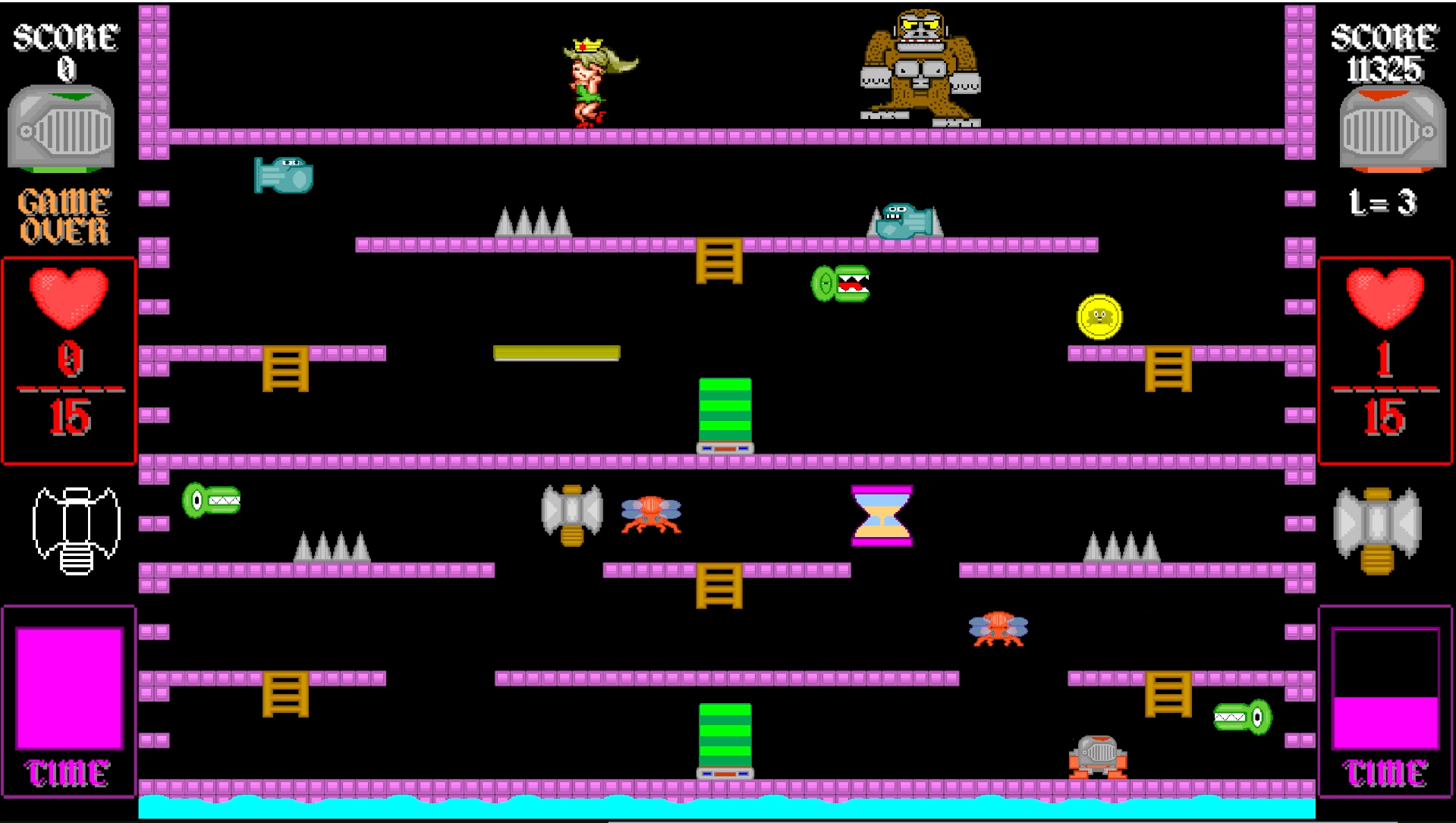 In regards to music and sound, I feel Kongeer is a step down overall compared to the developer's other games. The music is very soft and low, while the sound effects aren’t all that noticeable. The most annoying thing about the sound is the jingle that plays when you’re low on time. It’s a consistent squeaky noise and I get that it is meant to be annoying—but that still doesn’t make it a good decision.

The graphics of Kongeer are a slight improvement of Ferulox’s previous works. They are still pixelated and overall simple, but the characters look a little more detailed and varied. Unfortunately, there is still a severe lack of options available in-game. There are no settings to adjust, no pausing while playing, and Kongeer opens in fullscreen. Even though some of these missing components aren’t a dealbreaker, after the fifth game made, I'm starting to be less forgiving when these features are missing.

Even so, I had a fun time with Kongeer. The combination of the main goal and side goals keeps the gameplay pretty frantic and exciting. Kongeer is very straightforward in the concept and is an interesting take on a sub-genre that is rarely explored. The farthest I got was level 9 so I haven’t beaten the game yet. The only moral warning to be mindful of is some violence, namely when the player character loses a life or enemies are hit by an axe. As Kongeer is ridiculously cheap to buy, I can recommend it to anyone looking for some Donkey Kong-like action.