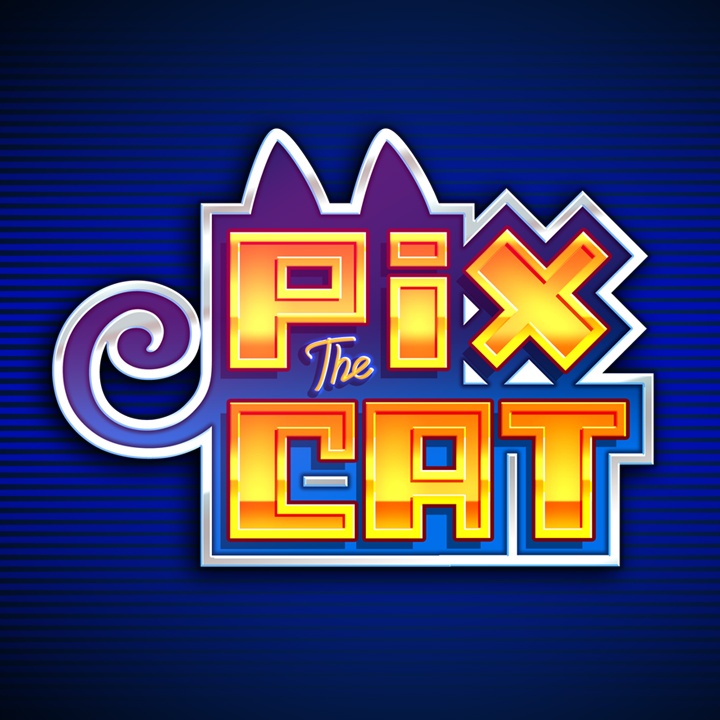 Thank you Pastagames for sending us this game to review!

Pix the cat is a fun combination of  two classic arcade games: Snake and Pac-Man.  Pix must race against the clock and gather duck eggs and then lead the ducklings to their drop off locations.  While the ducklings are following Pix, they form a tail that cannot be touched or there will be a severe score penalty.

The score is crucial as it is used to unlock new game modes.  To ensure that you have the highest score possible, Pix has to be fast by preemptively turning and not bumping into walls to slow him (or her) down.    Also, all of the ducklings should be collected before dropping any of them off.  If any are dropped off before collecting them all, the remainder of the eggs will crack and your max combo (which impacts your score) will drop.

A perfect bonus is added to the score for completing a stage without dropping off a duckling too soon.  When the combo meter is maxed out, Pix will enter into a fever mode which lets him consume his enemies and earn lots of points for collecting and depositing ducklings.

Every second counts in the arcade mode as you're trying to go deeper and deeper within the mazes.  There is no way to gain time, you can only lose it by making silly mistakes.  As you earn higher scores you can unlock new voices, stages, and game modes.

Besides the arcade mode, you can unlock a Nostalgia mode where you have to collect a set number of ducklings and not trip over your tail or bump into a wall in the process.  The Laboratory mode provides one hundred lab experiment levels to see if you can figure your way out of them.  While you're not timed, the number of moves you have is limited.  Can Pix make it out in one piece?

The local multiplayer is a lot of fun and allows up to four players using the keyboard and gamepads.   The multiplayer arena is an all out battle to see who will be the last cat standing.  There are eggs to gobble up that are used as ammunition to fire at and temporarily immobilize your opponent.  When all of the eggs are consumed, rocket launcher eggs appear and whoever gets killed three times, loses. 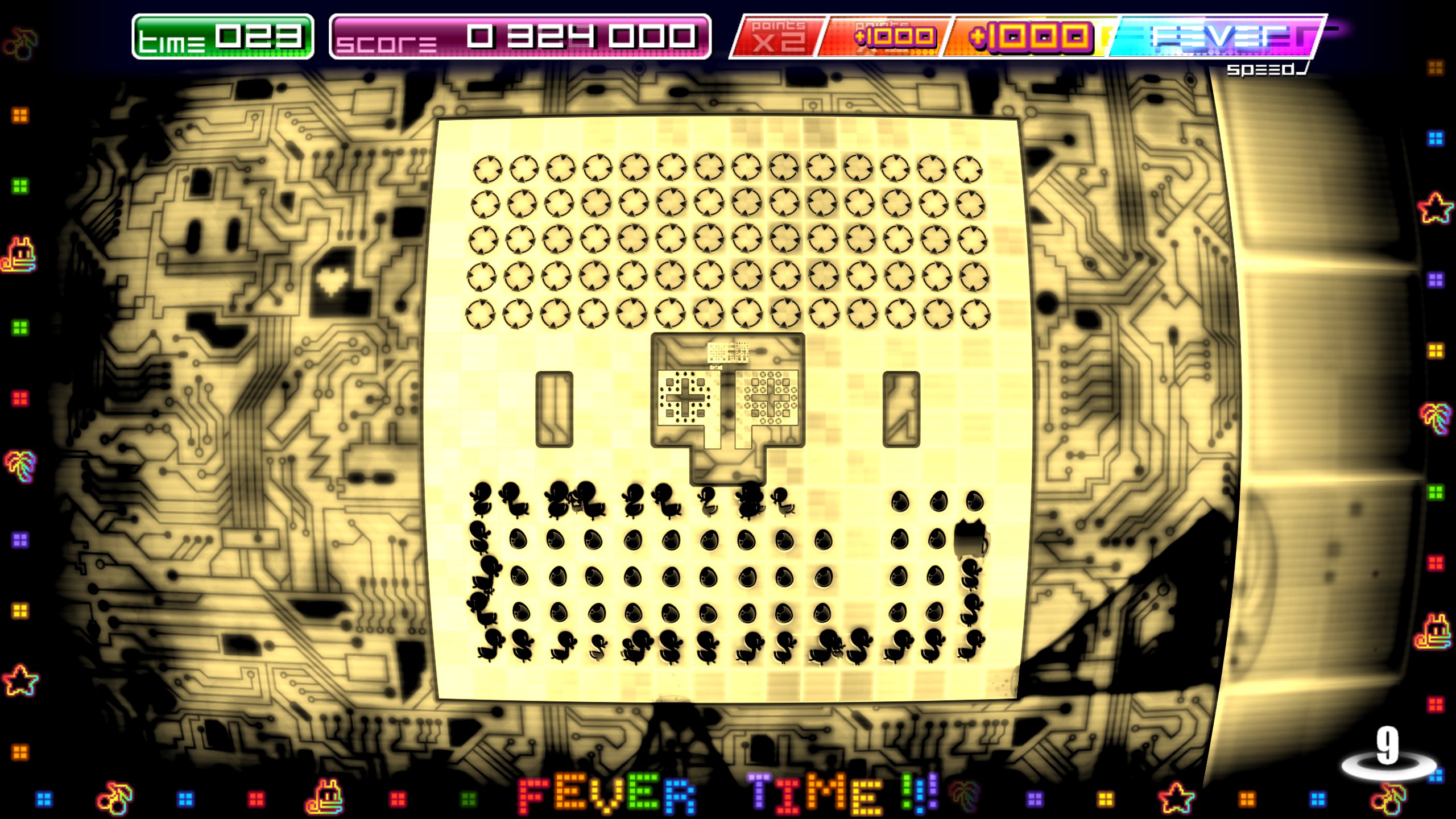 Gamepads are fully supported, but if you choose to use one, make sure it has a nice D-pad.  My Xbox 360 controller lacks in that department unfortunately.  The analog stick is not responsive enough for this game.  I found my keyboard to be the most accurate, but the least comfortable.

The controls take a little adjusting to, but everything else is well polished.   The mazes are well thought out and quite challenging.  While the level design will remind many of Pac-Man, they are very colorful and flashy.

Pix the cat looks and sounds like a discotheque with its dance/trance music.  The multiple voices offer both variety and funny dialogue.  At the end of your game you will be berated or congratulated based on your performance.

Even though I'm a long ways off from challenging a top spot on the leader boards, I've enjoyed my time spent with Pix the cat.  If you don't mind a few skull enemies, this is a great family game that can enjoyed solo or in a group setting.  The price is a reasonable $9.99 and I recommend checking it out if you enjoy classic arcade games.