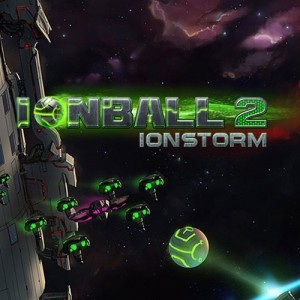 Thank you Ironsun Studios for sending us this game to review!

I have great memories with playing the Atari classic Breakout, and later the NES variation Arkanoid as a youngster.  While the bouncing paddle game is hardly new (even our own site founder created a variation called Break-Out the Bible!) Ionball 2: Ionstorm has taken a few steps forward to make one of the most frantic and fast paced versions I have ever played. 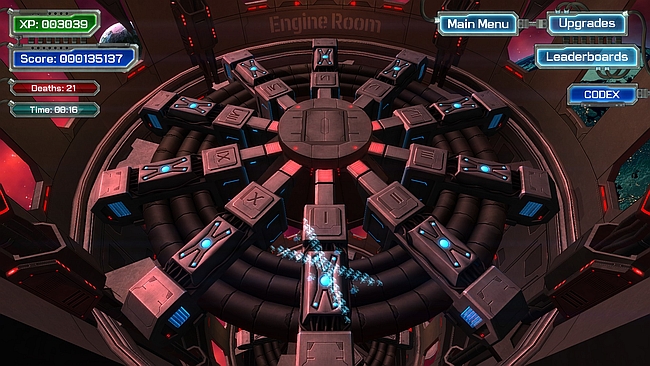 Strong Points: Great graphics and sound effects; good music, depending on taste; very challenging; very fast paced (almost too fast); small innovative variations on the classic gameplay formula; great value
Weak Points: Very challenging; speed may be too fast if you are no longer a teenager; music may be a negative if you don't like speed metal or dubstep; occasional sound/graphics glitches even on my very high end rig; no control options except for a mouse
Moral Warnings: Robots explode a lot by impact and weapon systems

Ionball 2: Ionstorm is unique on a few levels.  First, is the experience system.  When you blow up bad robots by hitting them with a ball (or any other method), they usually drop experience.  If you are able to catch it with your paddle, you get to keep that experience assuming you finish the level without running out of lives.  While that may sound simple, this game is hard.  Very hard.  And there are no difficulty levels to give you a break.

With the experience points you earn, you can spend them on either passive or active upgrades.  Active ones can be activated during play, and are things like special attacks, while passive ones are always active.  Good upgrades are critical to the more difficult levels (though that doesn't help you get past the first level!).

The only control option available is mouse control.  Given the frantic nature of this game, it does make sense - though it is rather uncomfortable for me at the moment (this is because of an injury, not the fault of the game).  You want the highest polling, lowest latency mouse you can get your hands on - every millisecond counts.  On the other hand, after testing it on my laptop, if you have a large, responsive touchpad, this may just be a perfect game for it, as the movement maps really well to a touchpad.  As always, there are pros and cons to both methods. 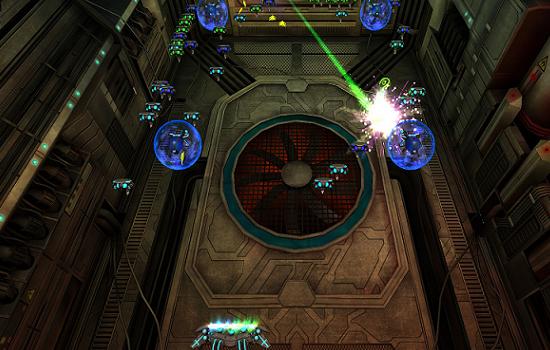 The graphics are great, and particle effects are everywhere when robots explode.  Having a beefy i7 + 7970 combo, I cranked my graphics settings to the max.  While this worked fine most of the time, I was surprised to see occasional stutters.  The sound effects have a nice hefty feel to them, though I did hear what I thought were crackles when too many things exploded, though that could just be what that many explosions sounds like.  The music, on the other hand, is a preference issue.  I found the speed metal or dubstep a little repetitive; I love me some electric guitar, but I was disappointed in the soundtrack here.  It is plenty high quality enough, just not to my tastes.  But tastes differ, so you may enjoy it.

Ionball 2: Ionstorm is a seriously fast paced game that can push the limits of even the most coordinated mouse gamer. It has a nice, experience based upgrade system that keeps things interesting and plenty of well designed levels to blow robots up in (with a bouncy ball, of course). Combined with an amazing price, I highly recommend this game to anyone who likes the idea of a crazy fast and challenging Arkanoid.